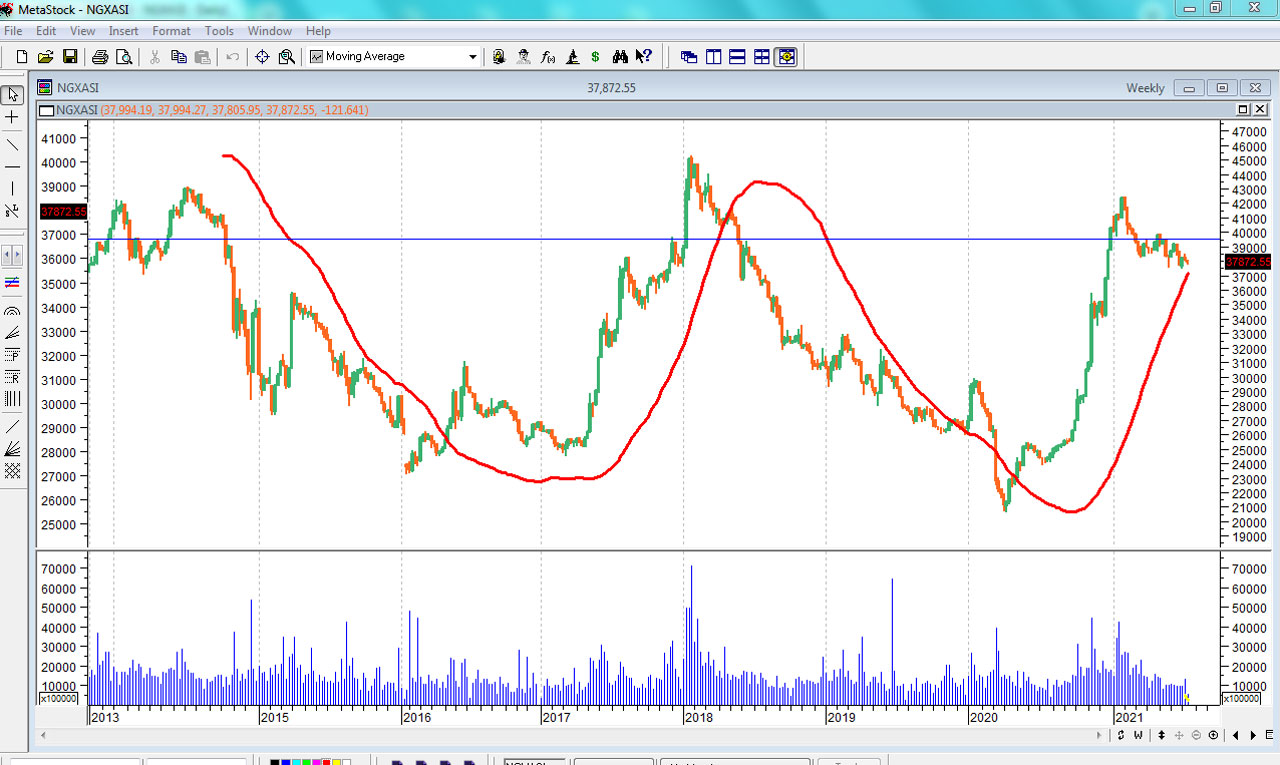 Barely two years after the resumption of Value Added Tax (VAT) to the stock market, investors have returned about N30 billion into government coffers. The amount includes the 10 per cent withholding taxes remitted to the government, despite market operators groaning under the weight of double taxation.

The Federal Government, had in 2014, granted a tax holiday on all stock market transactions, a deliberate action to reduce the high cost of transactions in the market and make it more attractive to investors.

However, at the expiration of the tax exemption on July 24, 2019, dealing members were mandated to charge VAT on all commissions applicable to capital market transactions with effect from July 25, 2019.

Besides VAT and 10 per cent withholding tax on dividends, there is also a 30 per cent company income tax (CIT) charged in addition to other regulatory charges, which operators described as high and discouraging to investors.

The situation is not helped by the high-interest rate environment in Nigeria with Monetary Policy Rate (MPR) at 11.5 per cent, which is comparatively high when compared to the single-digit interest rate obtainable in South Africa and other African countries.

Against this backdrop, stakeholders have urged the Federal Government to abolish the withholding tax and VAT from the market to enable it to contribute meaningfully to capital formation.

Company tax is deducted by the investee company before remittance of dividends to shareholders in line with Section 80 of the Companies Income Tax Act (CITA).

Economists have argued that imposing VAT and withholding taxes on shareholders amounts to double taxation.

According to them, the elimination of VAT in 2014 was a deliberate action to reduce the high cost of transactions in the market, which was one of the major disincentives to investors.

They recalled that when the government took the action, the capital market was already showing signs of fragility arising from economic distress, saying the return of VAT and contract stamp has put the market at a competitive disadvantage.

In total, the VAT charge on capital market transactions from the July 25, 2019 till date stands at a total of N2.92 billion.

Chief Research Officer of Investdata Consulting Limited, Ambrose Omordion said the reduction of some taxes on capital market activities and the abolition of others would enhance investment in Nigeria.

This is because lower tax rates, for instance, would lead to more savings, higher employment and an increase in Gross Domestic Product (GDP), resulting in the expansion of the national tax base.

He argued that the amendment limiting minimum tax computation to 0.5 per cent of turnover, and companies with turnover below N25 million to be exempted from minimum tax payment of 20 per cent, now applies to small businesses with a turnover of between N25 million and N100 million may not benefit listed companies. This is because many currently report revenues far above the N100 million levels.

According to him, the increase in VAT has reduced consumers’ disposable income, which currently affects their ability to invest in the capital market, further reducing its activities.

He pointed out that arriving at an investment-friendly tax regime in Nigeria will spur activities in the local bourse, and ultimately bring back Initial Public Offerings (IPOs) while inappropriately designed tax framework tends to impede the development of the nation’s capital market

Consequently, he said taxes like VAT and stamp duty should be removed from all capital market transactions to encourage and attract more investors into the market.

“After the 30 per cent company income tax, the shareholders are also levied 10 per cent withholding tax on their dividends, which is tantamount to double taxation.

“To attract more investment into the market and encourage listed firms’ growth, the government must remove these multiple taxations impeding the growth of the market and enable the market to play its pivotal role of capital formation and economic development in Nigeria,” he said.

Findings revealed that tax structure in other jurisdictions showed various African exchanges have continued to ensure that listings do not create any additional tax burden and have instead offered several tax incentives aimed at encouraging listing.

For instance, in Ghana, the current Capital Gains Tax (CGT) exemption for listed securities will expire at the end of 2021. The exemption was first introduced in 1990 at the start of operation of the Ghana Stock Exchange (GSE).

It was renewed at various times until 2015 when it was abolished and subsequently reintroduced in 2016. The exemption, critical to attracting investment flows, has helped make the market competitive, especially in the West African region.

Announcing the decision to make the exemption permanent in his 2021 budget speech on March 12, the interim Finance Minister, Osei Kyei-Mensah-Bonsu, said the government is continuously making efforts to develop and deepen Ghana’s capital market.

Also, the Nairobi Stock Exchange (NSE) Kenya enjoys exemption from stamp duty upon creation of new and increase of authorised share capital and stamp duty exemption on the transfer of shares and other securities.

There is also exemption from CGT arising from trading in listed securities held for a period not exceeding 24 months, as well as exemption from income tax for Employee Share Ownership Plans (ESOPs) in Kenya.

The Kenyan government also provided tax incentives that are specific to other entity types and securities.

For venture capital companies, dividends paid enjoy tax relief, while gains arising from the trade of shares were exempted from capital gains tax.

He said going by the level of activities in the capital market, it is obvious that the market is still in need of various incentives to attract domestic investors into the market.

Chiazor pointed out that incentives such as the tax exemption enjoyed during the period of tax waiver supported the increase in domestic participation in the equities market.

He said the issue of multiple taxations will be less debated if the government introduces incentives like tax cuts on company dividends, VAT exemptions on transactions as well as creating products that attract tax cuts when investors decide to invest in such products.

“All of these will help increase capital market transactions as well as increase domestic interest in the market if they become effective,” he said

A Professor of Capital Market at the Nasarawa State University, Keffi, Uche Uwaleke, said the cost of transactions in the Nigerian capital market is quite high compared to peer countries to the extent that this discourages participation.

According to him, there is a need for the government to reconsider its stance on the issue of VAT and Stamp Duty on capital market transactions to stimulate activities in the market and make it contribute meaningfully to capital formation.

Therefore, he suggested that rather than imposing VAT on stock market transactions projected to increase in the coming years, the government may consider introducing a Securities Transaction Tax (STT) which is a direct tax levied on every purchase and sale of securities that are listed on licensed Exchanges in Nigeria as is the case in India.

“This in my view is a preferred option to VAT given that the rates are usually very low ranging from 0.001 per cent to 0.01 per cent on taxable securities including equities, bonds, ETF and Derivatives contracts. Any effort geared toward reducing this cost is welcome.”

According to him, for the equities market to flourish and contribute meaningfully to capital formation, withholding tax, VATs, and contract stamps should be abolished from the capital market.

He noted that, unlike progressive economies that do not impose an investment tax, Nigeria taxes various ventures.

He decried the withholding tax on dividends, after taxing the corporate income from which the dividend was paid, also describing it as double taxation.

Adonri argued that progressive economies do not tax investment rather; they only tax consumption and transfer part of their tax revenue to subsidising investment.

“Contrary to this global best practice, Nigeria imposes various taxes on investment including 10 per cent withholding tax on dividends, after taxing the corporate income from which the dividend was paid. This is double taxation.

“There is stamp duty on stocks purchased and sold in the capital market. This is a tax. Additionally, there is withholding tax on commission earned by market operators, together with payment of corporate tax on their profit. This is double taxation.

Consequently, he said taxes like VAT and stamp duty should be removed from all capital market transactions to encourage and attract more investors into the market.

“After the 30 per cent company income tax, the shareholders are also levied per cent withholding tax on their dividends, which is tantamount to double taxation.

“To attract more investment into the market and encourage listed firms’ growth, the government must remove these taxes impeding the growth of the market and enable the market to play a pivotal role in capital formation and economic development in Nigeria,” he said.