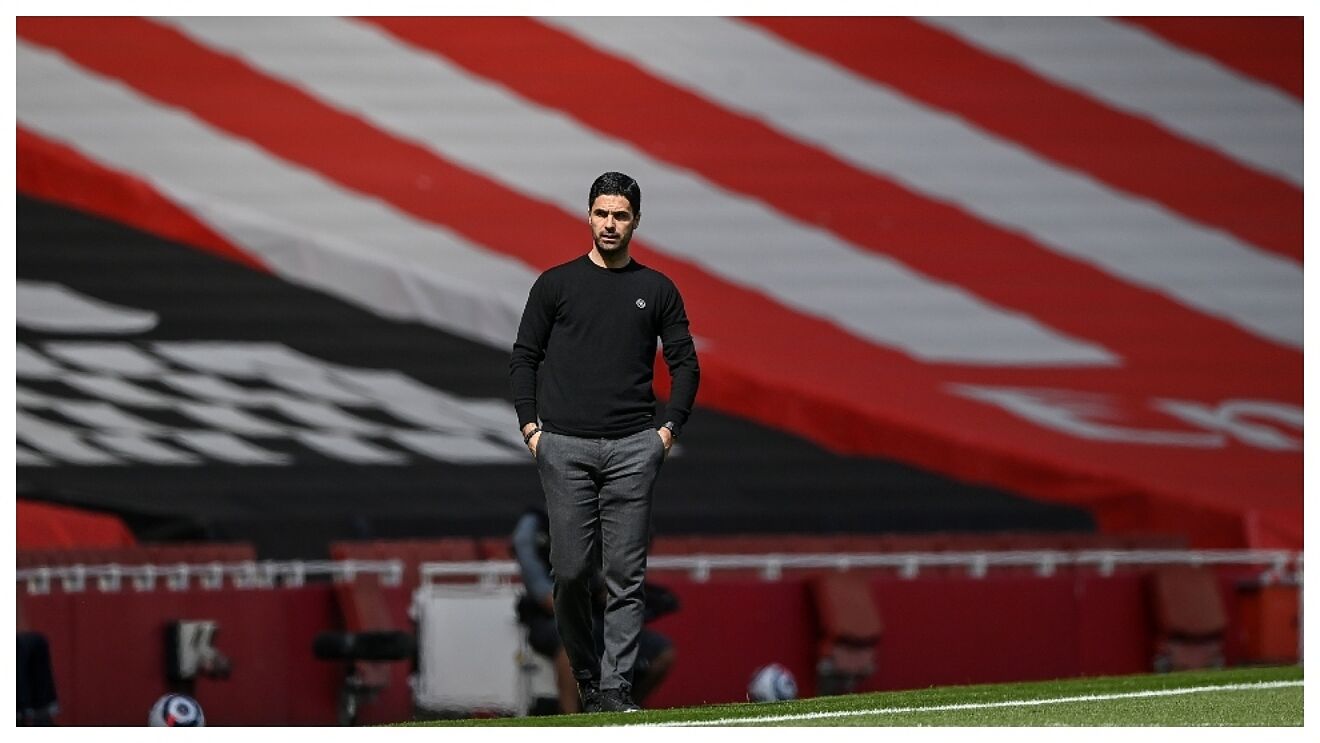 Arteta ‘s side were one of six Premier League teams to sign up to the breakaway tournament on Sunday.

But just 48 hours later the Super League collapsed as Arsenal and the rest of the English clubs pulled out.

They were forced to withdraw after a furious public backlash against a competition that would have operated as a closed shop to control profits from European football.

Kroenke’s son Josh is reportedly set to address angry supporters at a Fans’ Forum on Thursday.

Arteta has had direct communication with the US-based Kroenke family over the controversial scheme and, asked if an apology was made, he said: “Yes, absolutely.

“They have the maximum responsibility to run the football club and what they said was: ‘Apologies for disturbing the team, we did it without the capacity to communicate in a different way earlier and pass on my message to the players’. That is all you can ask for.

“I found out just a little bit before the news was leaked. And then everything was completely out of control and the world reacted in a really unified manner.

“There was not really time to think about it, reflect and evaluate or anything because by the time that was out, a big tsunami already came onto it and basically killed it.”

“Vinai spoke to me and explained a little bit what was happening. He was very clear and transparent with me. I understand the reasons why we could not know. We were not involved in the decision,” Arteta said.

“Vinai and the ownership have the right intentions to put the club in the best possible position for now and the future, but they accept that it has had terrible consequences and it was a mistake.”

Arteta believes the rapid and passionate response fans of Premier League clubs played a key role in convincing the Premier League owners to back down.

“This has given big lessons and it shows the importance of football in the world,” Arteta said.

“It shows that the soul of this sport belongs to the fans. During this pandemic, for a year, we have been trying to sustain this industry with no fans in the stadium.

“But, when the fans have to come out and talk, they’ve done it really loud and clear, and they sent probably the strongest message that has ever been sent in the football world.

“And every club, leaving their interests apart, has done the right thing – which is, they are the ones (the fans), we have to listen to them, we put it aside and in 24 hours we kill the project.

“So that is a massive statement for the history of football.”

Kroenke was already unpopular with sections of Arsenal’s fanbase and some supporters are planning to protest against him outside the Emirates Stadium prior to Friday’s Premier League match against Everton.

“We know that we might have a situation outside the stadium because our fans want to express their feelings, and our job is to try to make the team as focused as possible to perform on the pitch,” Arteta said.

“It’s been a really challenging week for everybody in world football but we have to move forward.”