Atletico Madrid stumbled again in La Liga on Sunday as they were beaten 1-0 by Sevilla, giving Barcelona the chance to move to within a point of the top of the table on Monday 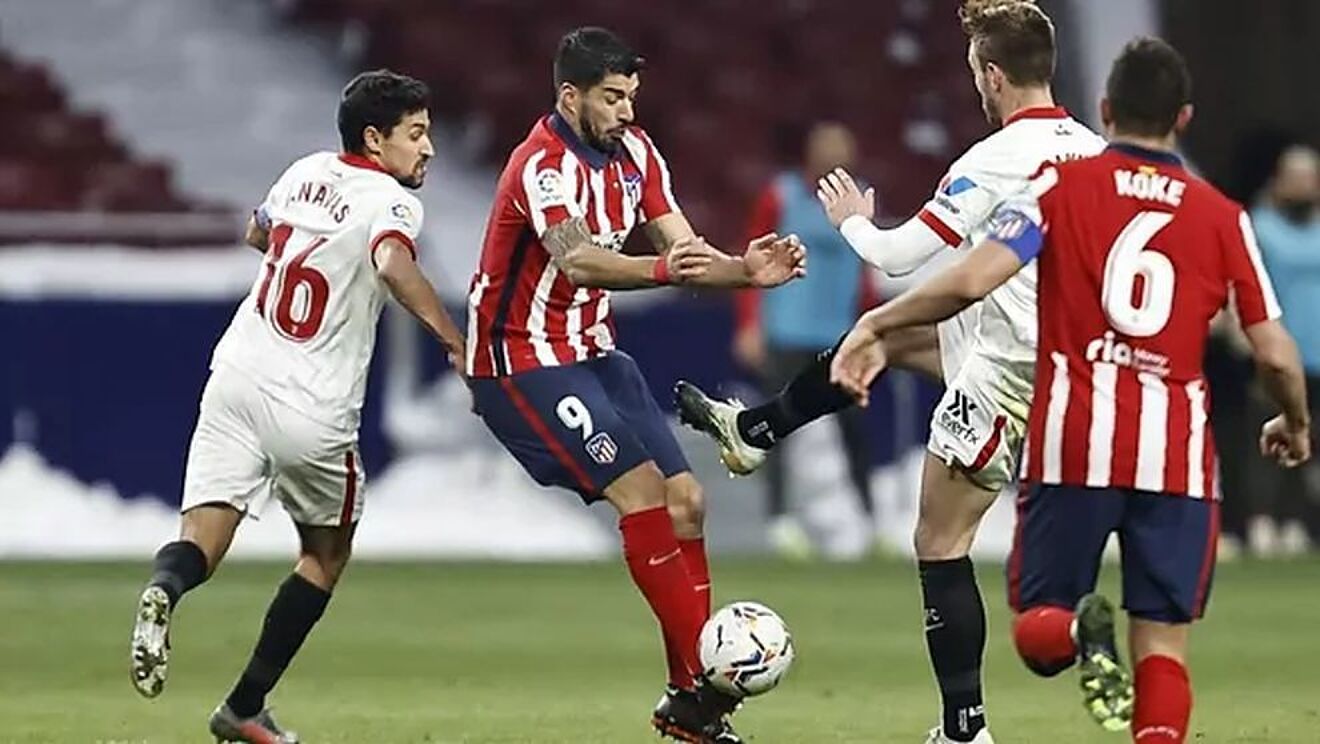 Marcos Acuna headed in the winner for Sevilla at the Ramon Sanchez Pizjuan, with Atletico ‘s grip on first place loosening even further and their in-form rivals primed to take advantage.

Real Madrid are only three points behind after they beat Eibar on Saturday and Barcelona will reduce their deficit from four points to one if they can win on Monday at home to Real Valladolid.

It means Spain’s title race suddenly appears wide open, two months after Atletico sat 10 points clear of both Barca and Madrid, with a game in hand.

They have managed only four wins in 12 games since then, with defeats to Chelsea costing them their place in the Champions League and regular slips in La Liga potentially squandering their shot at the title.

“Honestly I don’t think it’s about nerves,” said Atleti coach Diego Simeone. “It’s about having to play better, being a strong block, finding our best version.”

After a narrow 1-0 win over bottom-club Alaves two weeks ago, Simeone might have hoped the international break would offer his team a chance to refresh and reset.

Instead, they returned to another setback against a determined Sevilla side, who strengthened their own hold on fourth place, even if a push for the top three would seem beyond them.

Sevilla deserved their victory and it might have been more comfortable had Lucas Ocampos not missed a first-half penalty, Atletico’s Jan Oblak again coming to the rescue after Jose Gimenez fouled Ivan Rakitic.

But Acuna struck with 20 minutes left, heading in a looping Jesus Navas cross, even as Atletico protested against an Ocampos handball that had occurred almost a minute before.

Mario Hermoso spurned a golden chance from close range and then Luis Suarez did brilliantly to set up Angel Correa late on but Sevilla’s Bono, the goalkeeper who scored against Real Valladolid a fortnight ago, this time preserved the points with a crucial save.