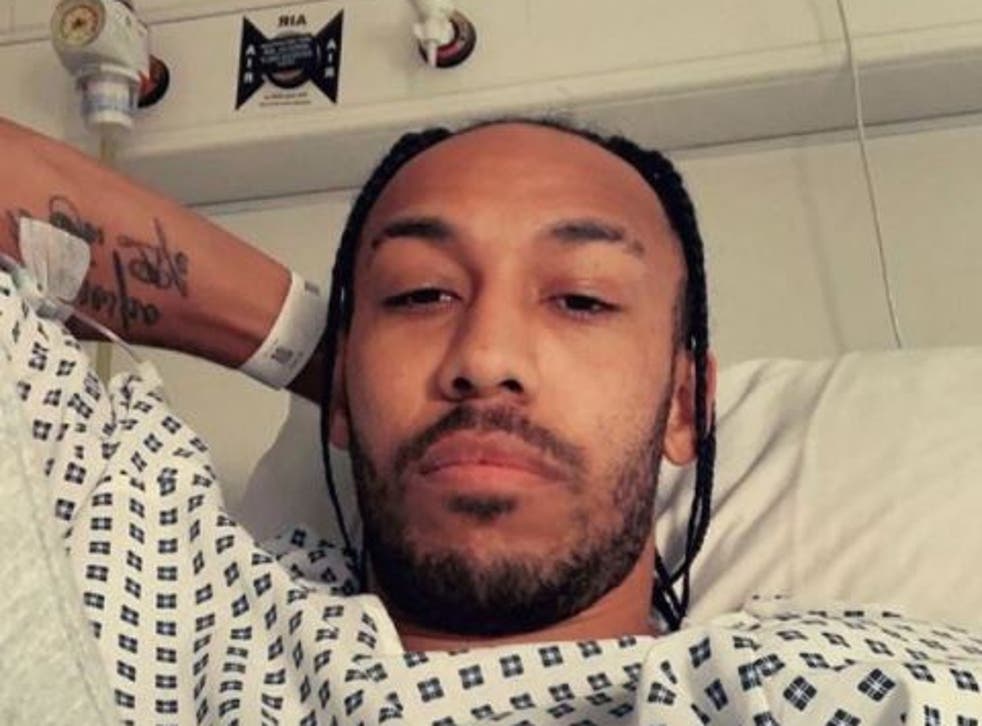 Arsenal had said Aubameyang was missing due to “illness” without going into detail but, just moments before his teammates kicked off in the Czech capital, the Gabon international posted the news of his illness on Instagram.

“Hey guys, thanks for all the messages and calls,” he wrote.

“Unfortunately I contracted malaria whilst being on national team duty in Gabon a few weeks ago. I’ve spent a few days in hospital this week but I’m already feeling much better every day, thanks to the great doctors that detected and treated the virus so quickly.

“I wasn’t really feeling myself the last couple (of) weeks but will be back stronger than ever soon! Will be watching my boys now, huge game for us! Let’s go and get it @arsenal.”

He started the first leg against Slavia on the bench but came on to set up Nicolas Pepe as the game finished 1-1.

The forward, 31, signed a lucrative new three-year contract last year but has struggled for form this season and was dropped for last month’s north London derby after arriving late.

It is unclear for how long he will be sidelined.