Bayern Munich have confirmed 32-year-old centre-back Jerome Boateng will leave when his contract expires at the end of the season, but the decision has sparked obvious tensions behind the scenes 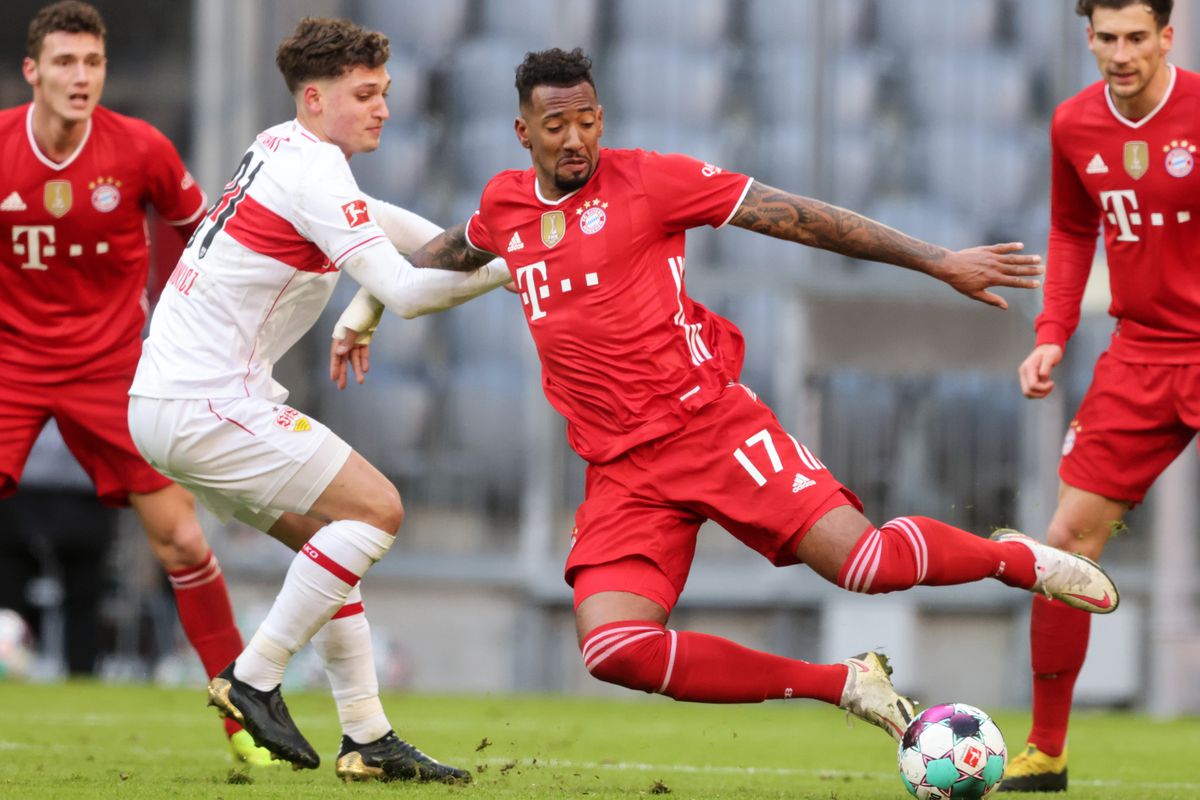 “That was a joint decision of the club management and the coach was also involved,” sports director Hasan Salihamidzic told Sky.

“I explained that to Jerome, he understood.”

Boateng was at fault for Paris Saint-Germain’s winning goal as Bayern’s 19-match unbeaten run in the Champions League ended as they lost 3-2 in Wednesday’s quarter-final, first leg.

He struggled to mark Kylian Mbappe when the fleet-footed 22-year-old scored the visitors’ crucial third goal at the Allianz Arena with the return to come in Paris on Tuesday.

Behind the scenes, confirmation of Boateng’s exit is causing tension.

On Tuesday, head coach Hansi Flick spoke out in favour of keeping the 2014 World Cup winner, saying “everyone knows how I feel about Jerome and what quality he has”.

Flick refused to answer when asked if it was the right decision to let Boateng leave, saying: “I have to answer the questions here professionally, but I don’t have to answer everything because I don’t want to.”

The Bayern boss added tersely that he “has to act a little — that is also part of the coaching job”.

Boateng joins David Alaba, another key member of the side which won the Champions League title in 2020, who will also leave at the end of the season.

While Alaba, 28, repeatedly turned down a contract extension, Boateng was not offered a new deal.

Since joining Bayern in 2011 from Manchester City, Boateng has won the Champions League title twice, anchoring the defence in the treble-winning seasons of 2013 and 2020 and won the Bundesliga title eight times.