Borussia Dortmund do not expect “crazy things to happen” this summer despite a host of Europe’s biggest clubs reported to be queueing up to try and sign striker Erling Braut Haaland. 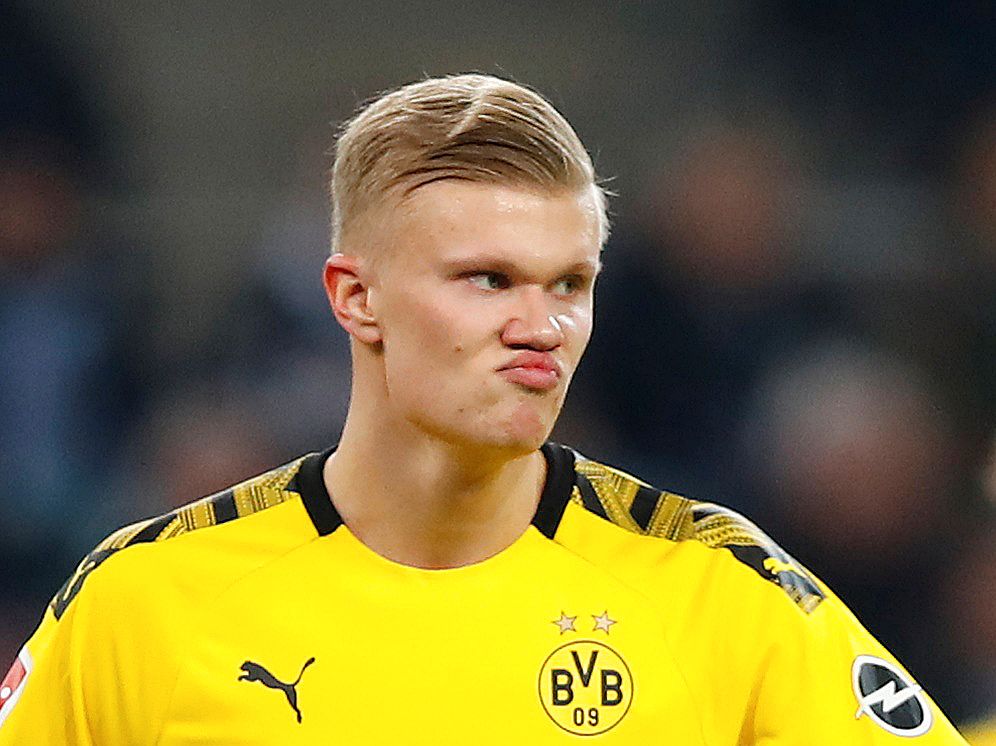 The Norwegian became the first player to reach 10 Champions League goals in just seven games for a single club when he netted twice in Borussia Dortmund ‘s 3-2 win at Sevilla in the last 16, first leg.

Borussia Dortmund, who host Sevilla on Tuesday in the return game, have often relied this season on the 20-year-old Haaland.

There is reportedly a release clause in his contract which applies from the summer of 2022 for around 105 million euros ($125 million).

But Borussia Dortmund CEO Hans-Joachim Watzke told Sky this weekend he does not expect “crazy things to happen” in the transfer market after this season.

But if and when Haaland leaves, Dortmund stand to make at least five times the 20 million euros they paid Salzburg for his services in January 2020.

And Watzke did not rule out losing either Haaland or England winger Jadon Sancho if “extraordinary things happen”.

Haaland has scored eight goals in just five Champions League appearances this season to take his career tally in the competition to 18 in 13 games for Dortmund and Salzburg.

He netted two early goals at Bayern Munich on Saturday before the club world champions fought back to claim a 4-2 win as Robert Lewandowski scored a hat-trick.

Despite coming off with a cut ankle at the Allianz Arena, Haaland is expected to be fit to face Sevilla.

His record of 29 goals in 28 games this season has unsurprisingly attracted the attention of Europe’s top teams.

“Only a maximum of 10 clubs can afford to buy him and give him the platform he wants after his time in Dortmund,” Haaland’s agent Mino Raiola said recently.

Real Madrid and Chelsea are reportedly at the head of the queue, eager to buy Haaland out of his contract, which expires in June 2024.

According to German magazine Sport Bild, Haaland admires Real, who are seeking a replacement for Karim Benzema, 33, whose contract expires next year, although the La Liga champions have long been linked with France star Kylian Mbappe.

Manchester City, owned by Sheikh Mansour, have the financial clout to sign Haaland, with their first-choice striker Sergio Aguero out of contract in June, and plagued by injuries this season.

A move to the Etihad Stadium would see the Leeds-born striker follow in the footsteps of his father Alf-Inge Haaland, who played for City from 2000-03.

Even Bayern have expressed interest in Haaland as a potential replacement for Lewandowski.

“Lots and lots of things are possible, you can’t rule anything out,” Bayern coach Hansi Flick said Saturday when asked about signing Haaland.

“But that is something for the future. He has a long-term contract at Dortmund and a lot of clubs come into play.”

German daily Bild echoed Dortmund fans on Sunday by insisting: “Under no circumstances should Haaland be sold this summer, even if a sheikh is waving 100 or 200 million euros.

It could be that Haaland is not the only star to leave Dortmund this year, as Sancho has been targeted by Manchester United in previous transfer windows.

Like Haaland, fleet-footed Sancho has a market value of around 100 million euros.

According to Sport1, Chelsea manager Thomas Tuchel wants to buy both Haaland and Sancho, having been given a transfer budget of 260 million euros by Blues owner Roman Abramovich.

Clubs are counting the cost of the coronavirus pandemic, but as Watzke points out, the biggest teams have wealthy owners who “find ways and means to pump money into them”.