Barcelona confirmed on Monday catalan police raided the club’s offices as part of an investigation into the hiring of a company to improve the image of former president Josep Maria Bartomeu. 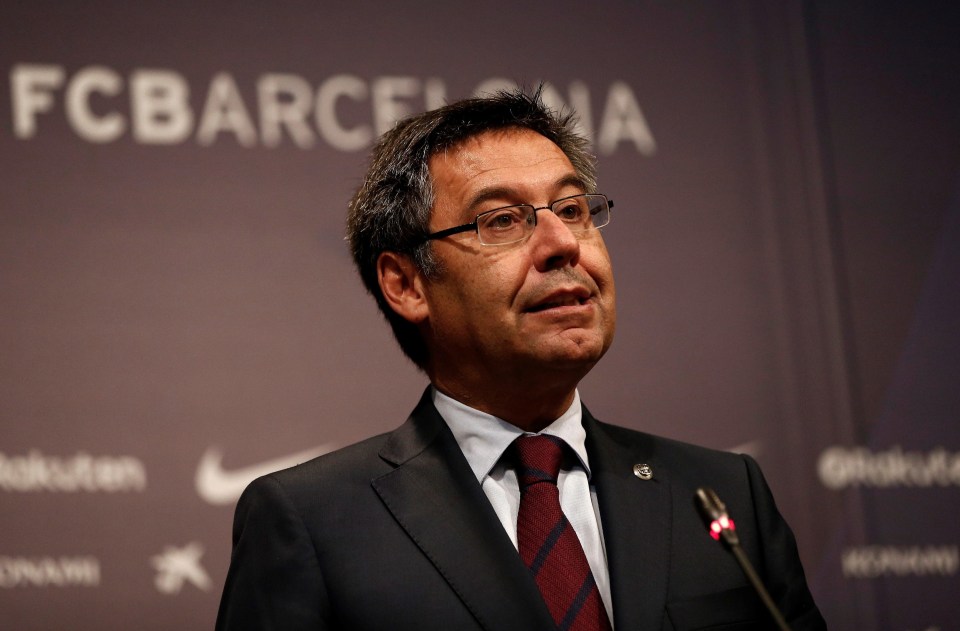 Several arrests were made, a Catalan regional police spokesman told AFP, just six days ahead of the club’s new presidential elections on Sunday.

Spain’s Cadena Ser radio said one of those arrested was Bartomeu, who resigned in October, along with CEO Oscar Grau and the club’s head of legal services Roma Gomez Ponti.

But Barcelona refused to comment on arrests while the police would not confirm names, saying only that “arrests are taking place” and adding that the operation was being run by officers from the financial crimes unit.

“We are in the process of carrying out an operation right now with agents of the financial crimes unit,” the Catalan police spokesman told AFP.

Barcelona said the operation is linked to last year’s investigation into the ‘BarcaGate’ scandal, in which the club was accused of covering up payments to a company called I3 Ventures, hired to boost the image of then-president Bartomeu on social media.

Part of the campaign included criticising current and former players, like Lionel Messi, Pep Guardiola and Xavi Hernandez. Messi described the controversy as “strange” in an interview with Catalan newspaper Mundo Deportivo.

A club statement on Monday read: “Regarding the entry and search by the Catalan Police force this morning at the Camp Nou offices by order of the Instructing Court number 13 in Barcelona, which is in charge of the case relating to the contacting of monitoring services on social networks, FC Barcelona have offered up their full collaboration to the legal and catalan police authorities to help make clear facts which are subject to investigation.

“The information and documentation requested by the judicial police force relate strictly to the facts relative to this case.”

Emili Rousaud, who resigned as Barcelona vice-president in March last year, said in an interview with RAC1: “If the auditors tell us the cost of these services is 100,000 euros and we have paid one million, it means someone has had their hand in the till.” The club took legal action against him.

Rousaud was among six Barca executives to leave their posts, with a joint letter citing the controversy as a key issue needing to be resolved.

Bartomeu said the company had been hired only to monitor posts on social media and announced an internal audit by PricewaterhouseCoopers, which cleared the club of financial corruption in July.

“Let one thing be clear,” Bartomeu said. “To the question: Have we commissioned the monitoring of social networks? The answer is yes.

“To the question: Have we commissioned to discredit people or institutions through social networks? The answer is no and we will take action against all those who accuse us of that.”

Bartomeu resigned in October, avoiding a vote of no confidence triggered after more than 20,000 club members signed a petition against him.

His departure came the same month Barcelona announced losses of 97 million euros ($114m) for last season and debts that had more than doubled to 488 million euros.

As well as a series of political blunders, Bartomeu had also overseen a dramatic decline in performances on the pitch and a personal falling-out with Messi, who tried to leave for free last summer.

Messi accused the club of “always juggling everything and plugging gaps” under Bartomeu’s leadership.

Bartomeu’s successor is due to be elected on Sunday, when club members will choose between the final three candidates, Joan Laporta, Toni Freixa and Victor Font.