Cristiano Ronaldo reacts after being benched 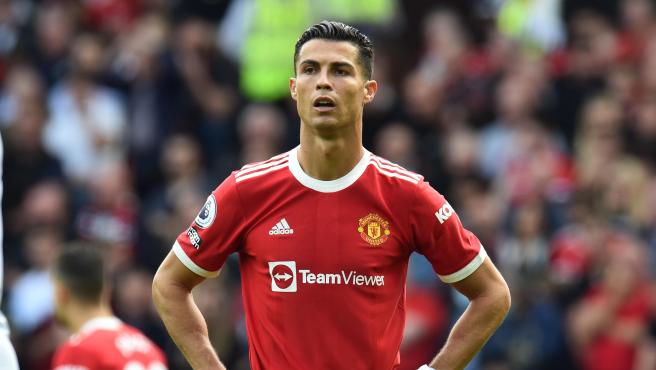 Cristiano Ronaldo, who was benched during the encounter by the caretaker manager, Michael Carrick, also assured that Man United will keep chasing their goals until the end of the season.

Report has it that Ronaldo stormed down the tunnel after the Chelsea encounter.

The Portugal captain came on in the 64th minute to replace goal scorer, Jadon Sancho.

After soaking up all the pressure in the first half, Sancho put United in front when he pounced on a Jorginho mistake before slotting the ball past goalkeeper Edouard Mendy.

However, Chelsea equalized after Jorginho converted from the spot following a foul on Thiago Silva inside the box.

Reacting after the game, Ronaldo, in a post via his Instagram account, said, “There is still a long road ahead and nothing is impossible when you play for Man. United. We will keep chasing our goals until the end! #MUFC.”

Man United’s next game is against Watford on Thursday.

The Red Devils currently sit in the 8th position on the Premier League table with 18 points from 13 games.