According to the lady, Zlatan Ibile featured in Gelato for free but DJ Cuppy ignored him when the song became hits.

Rashy Don Koncepts took to her Twitter handle to claim as she alleged that she got her information from a source close to Zlatan. 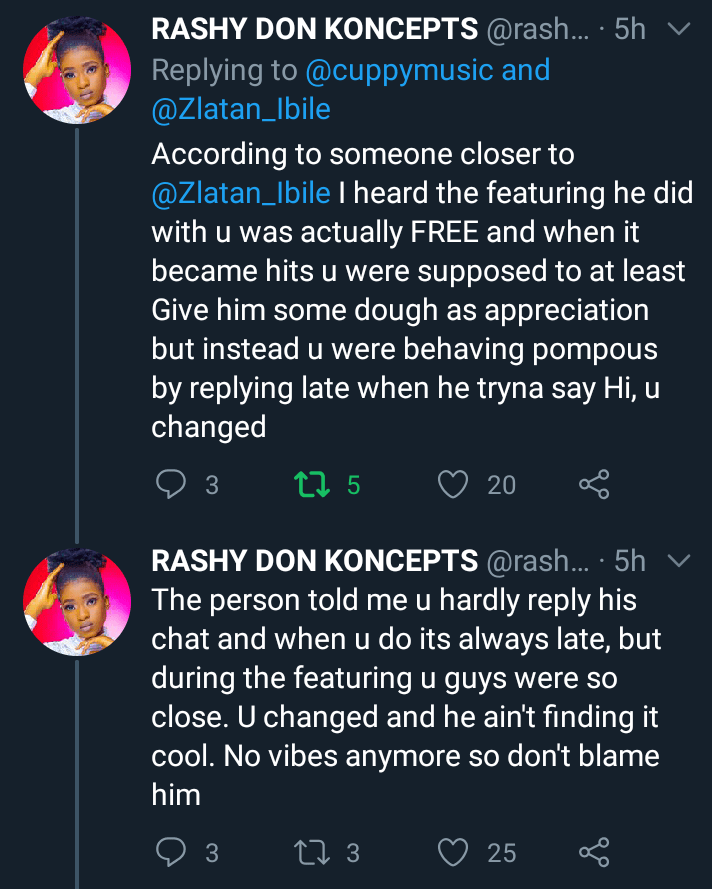 DJ Cuppy further Tweeted that she’s human too. she has feelings as Zlatan blocked her on all social media platforms.

The billionaire daughter is yet to confirm this allegation. Neither has Zlatan said anything in light of the on-going situation at the moment.

We hope to hear from the Ibile President himself soonest.