“I’ll try,” said Eden Hazard when asked in his first press conference at Real Madrid if he could now become the best player in the world 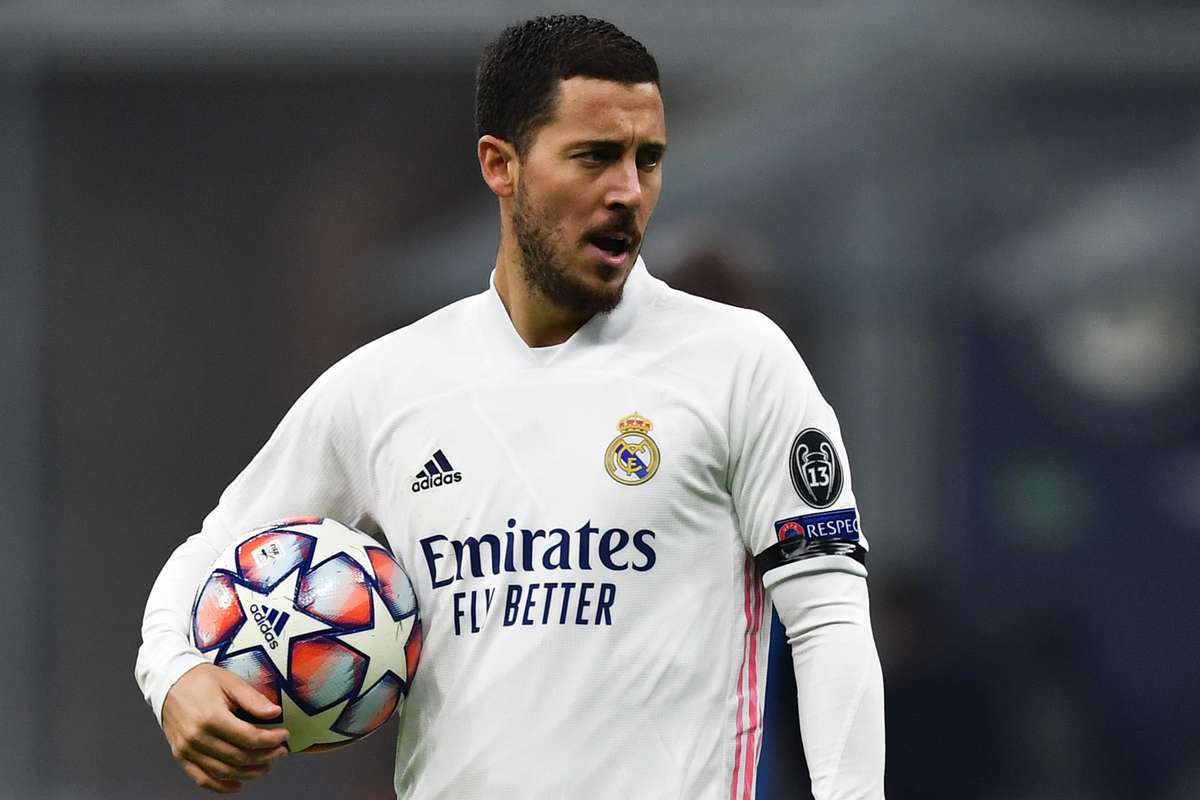 Cristiano Ronaldo and Lionel Messi were the immovable duo but still, the suggestion was not that Eden Hazard settle for third, a position he had already come to hover around following seven brilliant years for Chelsea.

Eden Hazard had been the Premier League’s oustanding attacking talent and at Real Madrid, where the demands would be higher and the supporting cast more prestigious, it was not out of the question there could be more to come.

He could replace Ronaldo, fill Madrid’s creativity gap, launch a new era and perhaps even win the Ballon d’Or. “If everything goes well, why not?” said Hazard. “It’s in my head but I’m not thinking of it every day.”

Almost two years later, Eden Hazard counts it as a blessing to make it through a single match without another muscle creaking let alone an entire season worthy of international acclaim.

Real Madrid face Chelsea in the first leg of the Champions League semi-finals on Tuesday and it would be a huge surprise if he were to start against his former team.

Hazard came off the bench against Real Betis on Saturday to play his first 15 minutes in almost three months.

“He played with spark, with energy,” said Zidane. “We’re going to need him.”

When asked about the merits of Real Madrid’s ‘Galactico’ signings such as Hazard, the club’s president Florentino Perez said they are as much a projection of power as a way of bringing in a better striker or right-back.

ALSO READ  Bale stuns with a hat-trick for Spurs

“It creates a very special type of glamour,” said Perez. “It lets the whole world know you have a world-class player in every position.”

But the time when Real Madrid could afford to poach the word’s best players every summer are now long gone, the spate of superstar signings in the first decade of the century dwindling to just two or three in the second.

Gareth Bale came in 2013 and a year later James Rodriguez, the break-out player of the 2014 World Cup, followed.

And then the emphasis shifted, a change in approach directing Madrid’s attention to younger talents, not always cheap to buy, but always with potential and the possibility of sell-on value.

The 2018-19 season was a miserable one for Real Madrid, poor results sharpening the sense of loss from Ronaldo’s departure and a growing urge for the club to replace him with a superstar who could handle the responsibility.

Eden Hazard seemed the perfect fit and even though, at 28, Madrid were signing him a couple of years later, they were confident he would deliver.

That he is still to do so is not only a great shame for him and La Liga but also for fans all over the world, who have been denied seeing one of the most enchanting footballers of his generation shine for the world’s most successful club.

It has been restrictive too for Real Madrid, whose own insecurities were laid bare last week as the club tried to force through the European Super League.

Perez’s obsession with the project is driven by a desire to keep up with the likes of Manchester City and Paris Saint-Germain who are backed by the UAE and Qatar respectively.

Real Madrid would love to be able to claw back some of the 100 million euros they spent on Hazard to help with a fresh assault for Mbappe’s signature this summer, but who would make an offer for the Belgian now? And how much?

For a while Zinedine Zidane planned around Hazard, tweaking the team to suit him when he was fit.

But Hazard has become an irrelevance in recent months, as Zidane’s side try to move on without him while Perez continues to count the cost of a transfer he must hope one day comes good. Chelsea would be a great place to start.