Bayer Leverkusen’s miserable run of form continued Sunday as they fell to a shock 2-1 home defeat to Freiburg thanks to a brilliant second-half performance from Lucas Hoeler. 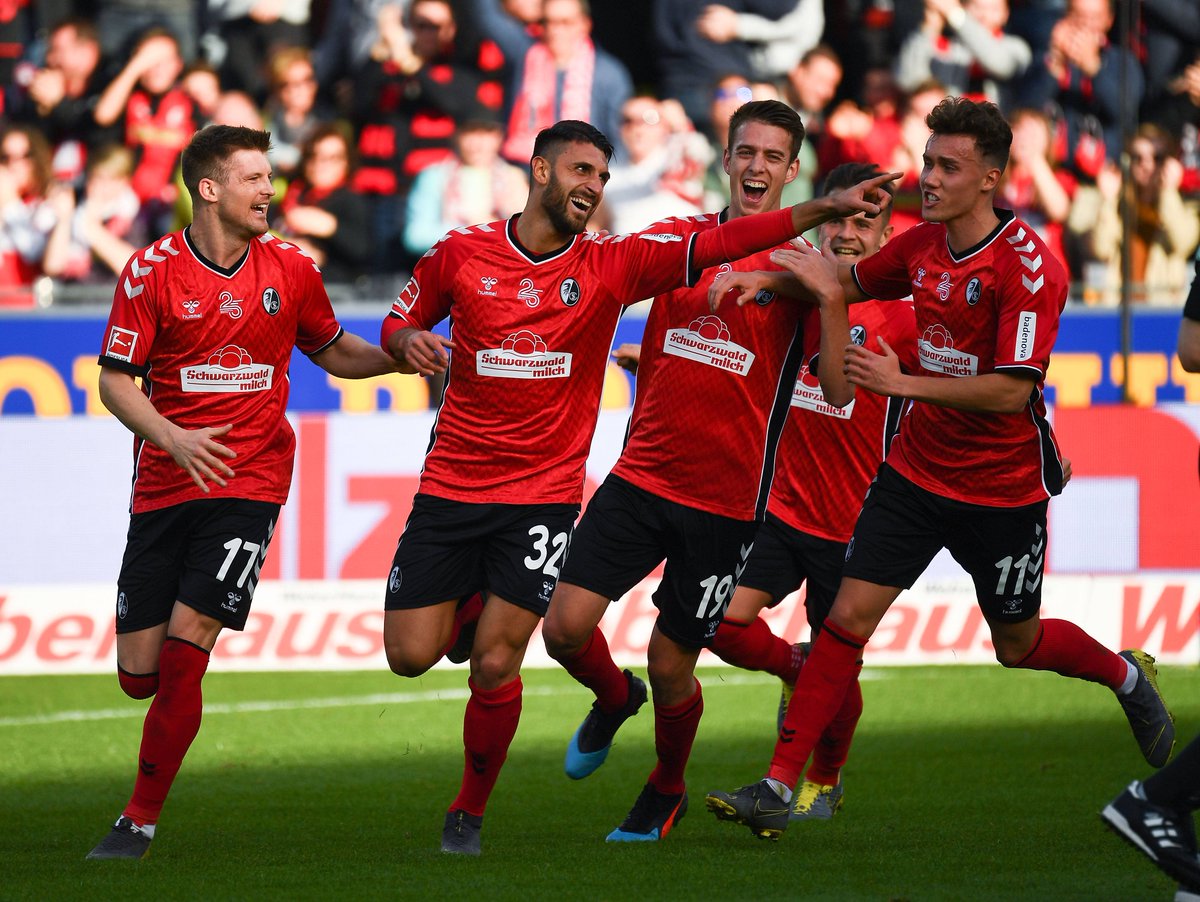 Having topped the Bundesliga in December, Leverkusen are now five points adrift of the Champions League places in sixth after winning just one of their last six games, especialy with Freiburg defeating them.

For Peter Bosz’s team, who crashed out of the Europa League on Thursdathy, a promising season is now beginning to fall apart.

“There are always setbacks in life — the question is how you turn things around,” a dejected Bosz told Sky.

After a dominant first-half performance from Leverkusen, Freiburg launched a smash-and-grab attack to take the lead just after half-time.

With a darting run into the box, Hoeler cut the ball back to an unmarked Ermedin Demirovic, who swept it past debutant goalkeeper Lennart Grill.

Hoeler doubled the lead 10 minutes later, tapping the ball in after a sharp cross from Vincenzo Grifo.

“We had a bit of luck in the first half, but we said in the break that we wanted to take the game to them,” Hoeler told Sky.

Jamaica winger Leon Bailey pulled a goal back 20 minutes from time, but Freiburg held on to condemn Leverkusen to their eighth defeat in all competitions in 2021.

Union Berlin striker Max Kruse celebrated his long-awaited return from injury with a goal as the capital club were held to a 1-1 draw at home by Hoffenheim.

Making his first appearance since his injury in the Berlin derby back in December, the former Germany international netted his seventh goal of the season in a hard-fought draw in Berlin.

Kruse gave Union the lead from the penalty spot on nine minutes, smashing the ball into the top corner after Florian Grillitsch brought down Christopher Trimmel.

Hoffenheim equalised through an own-goal shortly before the half-hour mark, Nico Schlotterbeck knocking the ball into his own net as he tried to challenge Togolese striker Ihlas Bebou.

Liverpool loanee Loris Karius, who was making only his second start for Union with first-choice keeper Andreas Luthe out of action, was powerless to stop the own goal.

Pavel Kaderabek appeared to have scored a winner for Hoffenheim ten minutes from time, but the goal was ruled out for an offside in the build-up.

The draw sees Union hold onto seventh place while Hoffenheim remain in 11th.

Further down the table, a howler from goalkeeper Robin Zentner condemned Mainz to a 1-0 defeat at home to Augsburg and kept the relegation-threatened side in the bottom two.

With 25 minutes gone, Zentner mistakenly passed the ball straight to Augsburg’s Florian Niederlechner, despite being under no pressure.

Niederlechner gratefully squared the ball to Andre Hahn, who slotted it into the empty net to take Augsburg eight points clear of the drop zone.

“Robin is old enough to put it behind him. He’s helped us out enough times in the past,” said Mainz coach Bo Svensson, defending his goalkeeper.

Schalke were thumped 5-1 at Stuttgart on Saturday to leave them bottom and nine points clear of safety, the final straw for the club hierarchy after being humiliated by fierce rivals Borussia Dortmunud last week.

ALSO READ  Jota returns with a winner for Liverpool

“The decision had become unavoidable after results against Dortmund and Stuttgart,” said Schalke chairman Jens Buchta.

“The team now owe it to the club and the fans to be as successful as possible in the last third of the season.”

Coach Gross, sporting director Jochen Schneider and team coordinator Sascha Riether were all relieved of their duties in Sunday’s mass clear out.

Having been in the Champions League two seasons ago, Schalke are now hurtling towards their first relegation since 1988.