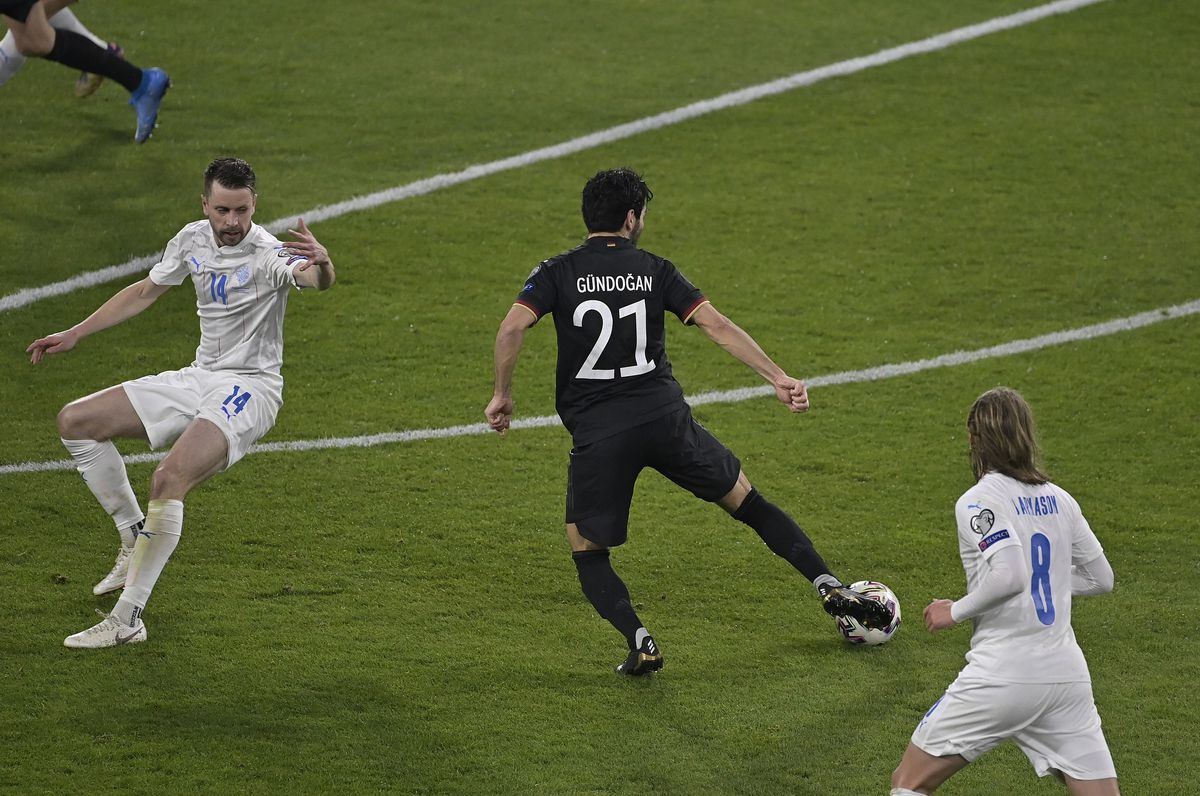 Germany lined up ahead of their match wearing T-shirts that spelled out “human rights” a day after Norway’s player took to the field wearing a similar slogan in protest of conditions for migrant workers building the stadiums in the finals’ host nation Qatar.

Once on the pitch in Duisburg Joachim Loew’s side raced into a 2-0 lead inside the opening seven minutes through Leon Goretzka and Kai Havertz.

It was the first time in 52 years that Germany have led so early in a men’s international.

It was the perfect reaction after head coach Joachim Loew had demanded a strong display after a humiliating 6-0 thrashing by Spain last November.

Midfielder Ilkay Gundogan, who has scored 16 goals in 34 games for Manchester City this season, then carried his scoring streak to national duty to net Germany’s second-half goal.

Germany had a scare before kick-off when midfielder Jonas Hofmann tested positive for Covid-19, but the game was allowed to go ahead after consultation with local authorities.

Bayern Munich’s 18-year-old midfielder Jamal Musiala came on to make his Germany debut for the final 12 minutes despite playing twice for England Under-21 last November.