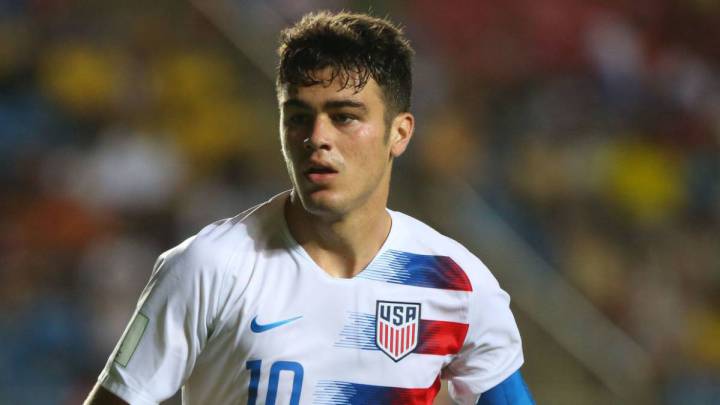 Borussia Dortmund’s Giovanni Reyna, born in England while his father Claudio played for Sunderland, opened the scoring with a deflected strike at Windsor Park.

Baraclough had paid lip service to the importance of the friendly, but his team-sheet told a different story as he made 10 changes from Thursday’s 2-0 World Cup qualifying defeat by Italy.

The US fielded a stronger side, with Pulisic captaining a line-up that included Barcelona full-back Sergino Dest and Manchester City goalkeeper Zack Steffen.

Giovanni Reyna, 18, is regarded as one of the brightest young stars in the Bundesliga and he struck after half an hour when his shot deflected off Ciaron Brown to leave Conor Hazard wrong-footed.

Shayne Lavery tried to respond as he forced a smart save from Steffen, but the Americans ended the half on top as Daniel Ballard made an important block on Jordan Siebatcheu’s shot.

Dest was withdrawn at the break, with Roma’s Bryan Reynolds on to earn his first cap.

When Pulisic went down under a challenge from Ballard, the Northern Ireland defender appeared to get a touch on the ball.

But the penalty was awarded and Pulisic fired his spot-kick past Hazard.

McGinn’s 88th-minute strike was eye-catching, but it came too late to change the result.

Baraclough’s only success in his 10 games in charge remains the penalty shoot-out win over Bosnia and Herzegovina back in October.