Grealish revels in his £100 million tag 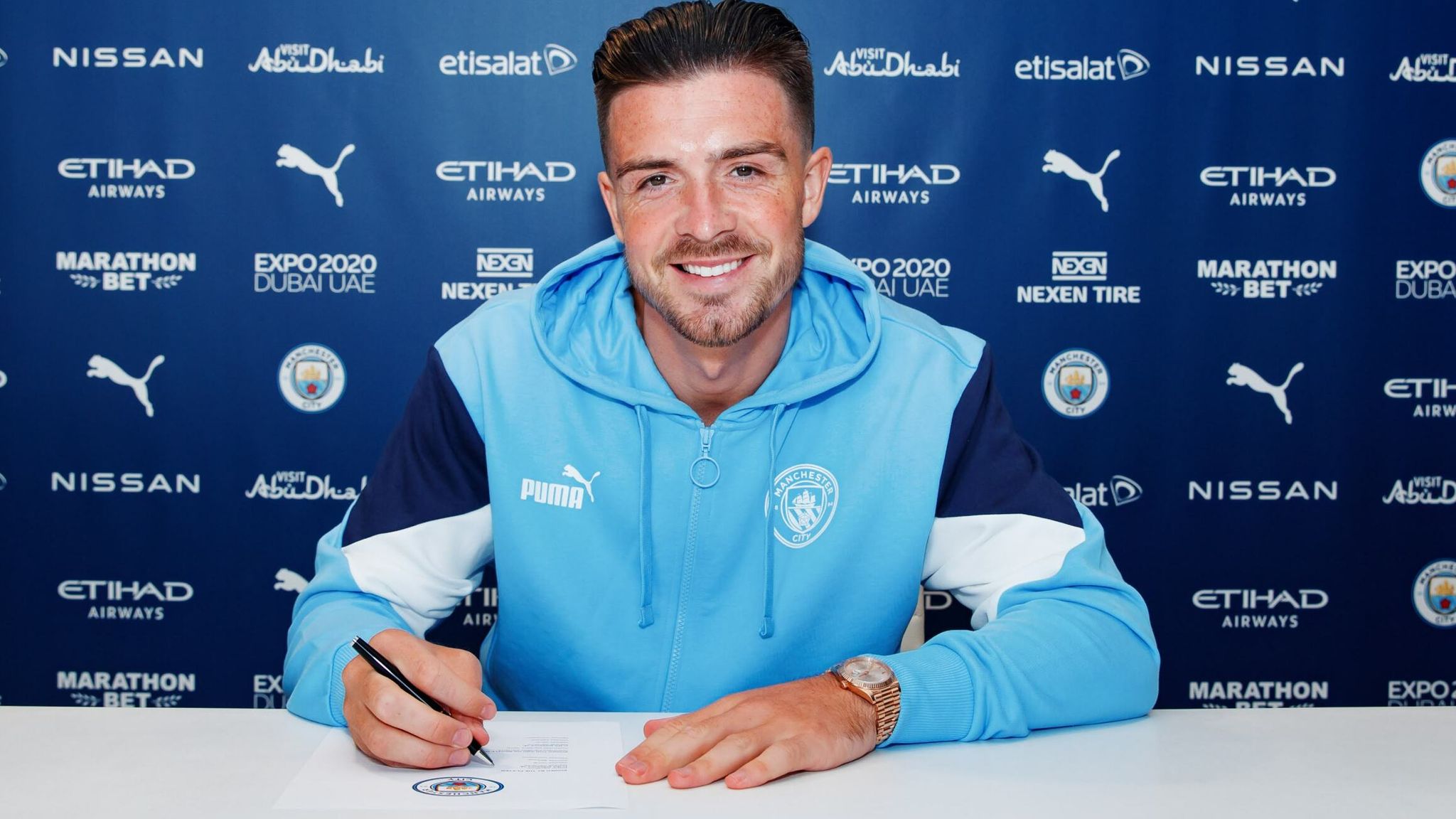 Grealish left his boyhood club last week in a transfer that saw him become the most expensive player in Premier League history, surpassing Paul Pogba’s move to Manchester United in 2016.

“I actually like it, I think it is a good tag to have,” said the 25-year-old as he was unveiled at the Etihad Stadium.

“It means so much to me that the club were willing to spend that much on me, it fills me with confidence. It just shows me how much the club and the manager value me.

“I just hope now I can repay this football club by winning as many titles as possible and that trophy we all want.”

That trophy is the Champions League with City still to conquer Europe despite winning five Premier League titles in the past 10 years.

Grealish said the lure of playing at the highest level in Europe, allied to the chance to learn from City boss Pep Guardiola was too good an opportunity to turn down.

“It was one of the toughest (decisions) I’ve ever had to make,” he added on leaving Villa, who he joined at the age of six.

“It came down to something I felt I couldn’t turn down. To play Champions League football, challenge for trophies, play next to people like Kevin de Bruyne and play for the best manager in the world.”

Grealish played a bit-part role as England reached their first major tournament final for 55 years at Euro 2020 last month, only to lose on penalties to Italy.

The 2022 World Cup is just over a year away and Grealish admitted his ambitions at international level also played a part in his decision to move.

“We have so much talent at the national team,” he added. “If I’m performing for Man City week in, week out, I feel like it could set me up to have a brilliant future for the national team and start in these (World Cup) games and the qualifiers.”

Grealish will team up with his international colleagues Raheem Sterling, Phil Foden, John Stones and Kyle Walker at City and could end up supplying the ammunition for England captain Harry Kane at club level.

Kane issued a statement on Friday denying he refused to return to pre-season training with Tottenham last week as he tries to force his way out of Spurs.

City are keen for Kane to be Sergio Aguero’s long-term successor at the Etihad, but the striker still has three years left on his Tottenham contract and the clubs, who face each other on the opening weekend of the Premier League on Sunday, are not yet close to agreeing a fee.