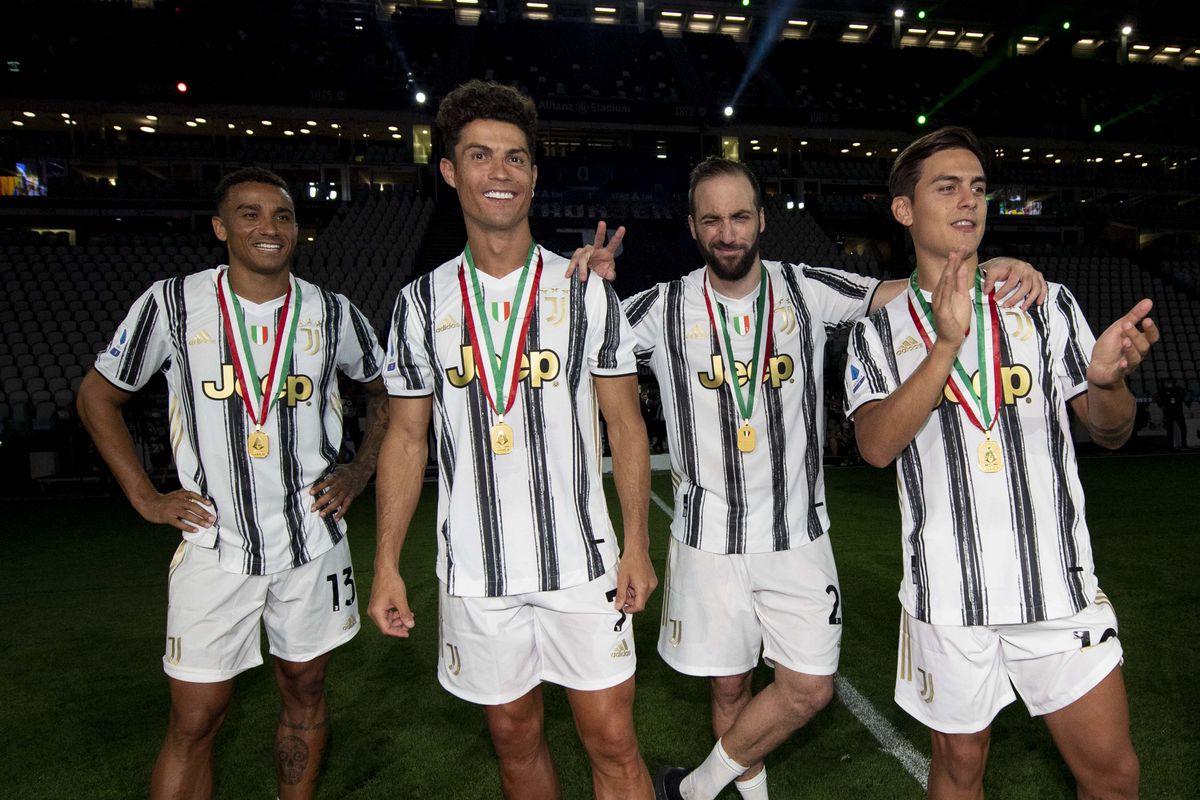 Andrea Pirlo’s side, Juve are third, with a game in hand, 10 points behind Inter who host Atalanta on Monday in a clash of the two highest-scoring teams in Serie A.

AC Milan are second, six points adrift of Inter and four points ahead of Juventus after a last-gasp 1-1 draw against Udinese midweek.

The pressure is on Pirlo’s injury-hit Juventus to claim a 10th consecutive Serie A title.

The Turin giants are also trailing Portuguese side Porto 2-1 going into the second leg of the last 16 tie in Turin next week with success a priority in the elite European competition they last won 25 years ago.

“We’re trying to get players back from injury, but nothing is certain,” said Pirlo after a comfortable 3-0 win over promoted Spezia on Tuesday.

Forward Paulo Dybala remains out injured with Leonardo Bonucci, Giorgio Chiellini, Juan Cuadrado and Arthur sidelined this week, while Matthijs de Ligt pulled up before the win over Spezia.

Pirlo will also be without young left-back Gianluca Frabotta, to a one-match ban, with midfielder Rodrigo Bentancur testing positive for coronavirus.

Juve have won each of their last six home games in Serie A, keeping a clean sheet in their last four.

But Lazio, who held Juve 1-1 in the reverse fixture, will be fresher after Torino failed to travel to Rome for this week’s game because of a coronavirus outbreak in the northern club.

Torino have not played their last two games, against Sassuolo and Lazio, because of the virus with a scheduled trip to relegation rivals Crotone on Sunday.

Milan coach Stefano Pioli also has injury concerns before his side travel east to Hellas Verona but is determined not to lose further ground on Inter.

“I’m worried about the injuries because this is a decisive moment of the season,” said Pioli with star forward Zlatan Ibrahimovic also out.

Eighth-placed Verona are pushing for European football next season and have held Juventus and beaten Napoli in recent weeks.

The pressure is on Napoli coach Gennaro Gattuso after an erratic run of form.

Gattuso’s side are sixth, five points adrift of Atalanta who occupy the final Champions League berth.

The southerners host Bologna needing the points before next week’s trip to AC Milan followed by a clash with direct rivals Roma, who are at home this weekend against Genoa.

Midfielder Kessie is having the best season of his career as Milan push for a first league title since 2011.

Kessie has scored 10 goals in all competitions including nine from the penalty spot, and his first Europa League goal.

“Yes, I score a lot of goals from penalties, but it’s not easy to score penalties,” said the 24-year-old Ivorian, who stepped up after Ibrahimovic’s misses from the spot this campaign.

60 – Atalanta’s goals this season, including 11 in the last three games

6 – Points between Juventus and Lazio