Kiddwaya revealed this during a question and answer question session on Instagram, where a female fan showed her interest in getting married to the reality TV star. Some other fans asked random questions which they have always been curious about

During the session on his Instagram page, a fan proposed to him, and  in his response, said he is already married to “the game”.

“Sorry. I’m married to the game”, Kiddwaya told the fan who proposed to him. 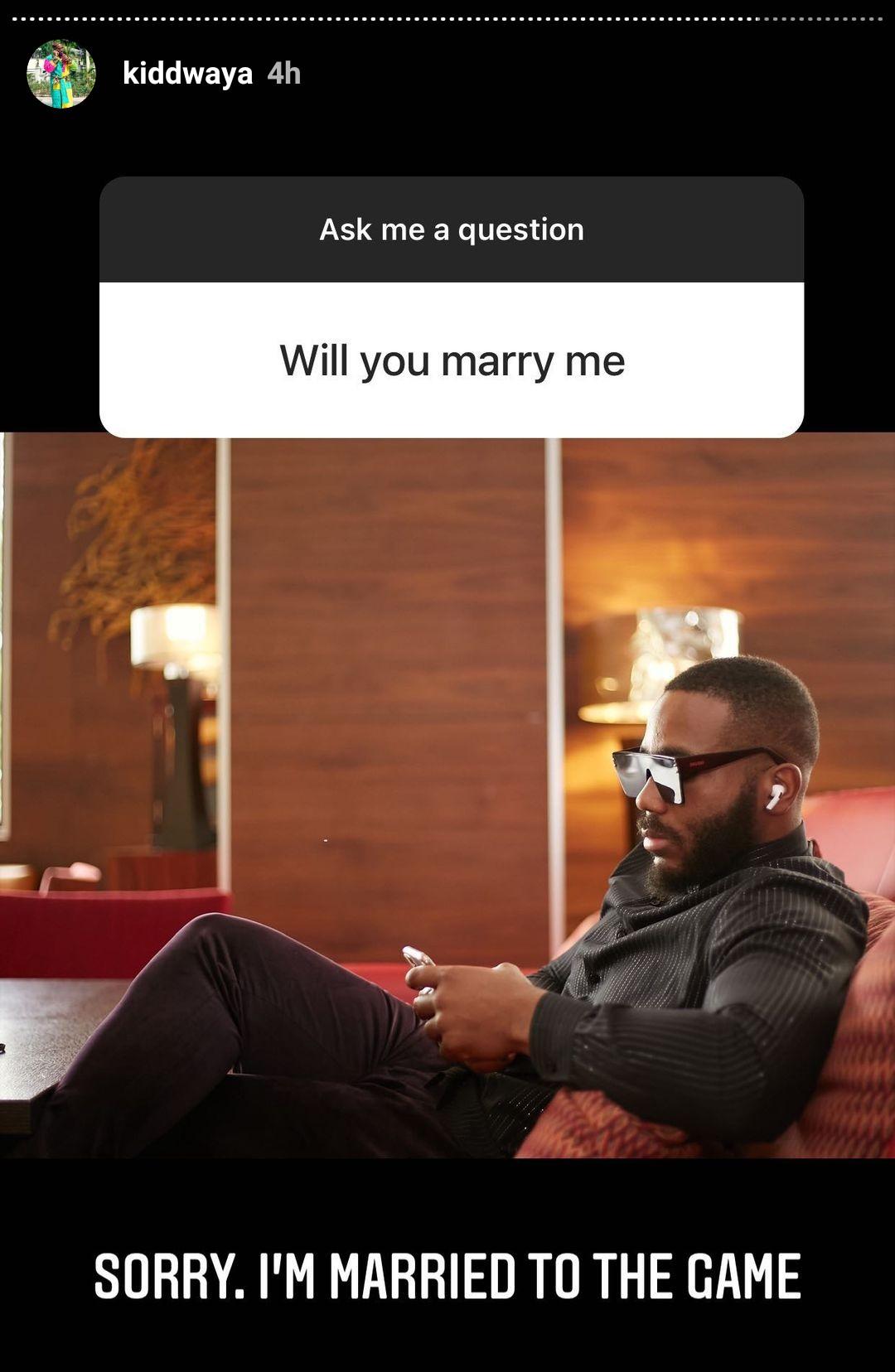