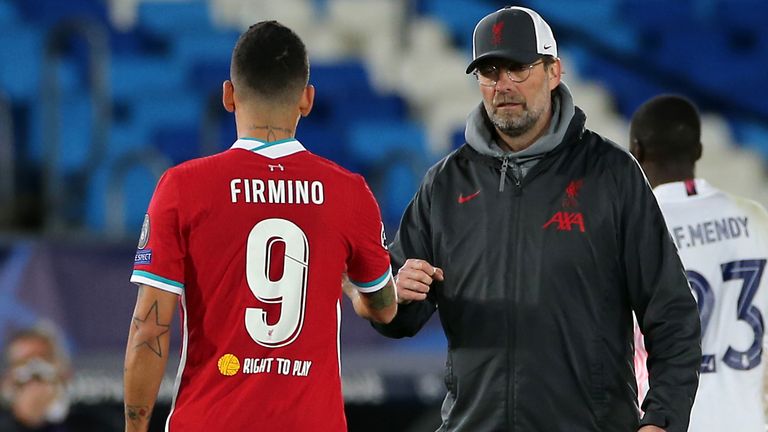 A chastening 3-1 defeat in the first leg of their quarter-final in Spain on Tuesday has given the Premier League side(Klopp side) a mountain to climb if they are to reach the last four.

Goals from Vinicius Junior and Marco Asensio gave the home side a 2-0 lead before Mohamed Salah pulled one back but Vinicius found the net again to put Real firmly in the driving seat.

Liverpool famously overturned a 3-0 first-leg deficit against Barcelona in the 2019 semi-final, winning 4-0 at a frenzied Anfield on their way to being crowned European champions for a sixth time.

Next Wednesday they must do something similar. An away goal gives them a lifeline but they will be playing behind closed doors due to coronavirus regulations.

“If you want to have some emotional memories, then you watch the Barcelona game back and 80 percent of this game was the atmosphere in the stadium, so yes, we have to do it without that.

“But it is not that I sit here and think, ‘Comebacks are our thing, we do it all the time’. We did from time to time but we always had supporters in the stadium.

“We don’t have that this time so I don’t know if we can do it, but I can promise you we will give it a proper try.”

The other factor counting against Klopp’s men is their shocking recent home form, which has torpedoed their Premier League title defence.

Liverpool have not won at Anfield since mid-December, losing six of their eight matches at their former fortress and scoring a paltry two goals.

Former Liverpool defender Mark Lawrenson believes another rescue act could be beyond them.

“When Liverpool turned around a 3-0 deficit against Barcelona in the semi-final in 2019, Anfield was absolutely rocking from before the first whistle,” he wrote on the BBC website.

“I was there and the fans played a massive part in that result — it simply wouldn’t have happened without them. This time the stadium will be completely empty and it has also become a place where Liverpool cannot remember how to win.”

A week ago it appeared that Liverpool’s most likely route back into next season’s Champions League would be winning the competition.

However, a win against Arsenal and a set of favourable results from other matches has put the top four back within reach — they are just three points behind fourth-placed West Ham and their fixture list looks relatively kind.

But Klopp said it was not realistic to just flip-flop between prioritising competitions.

“We cannot be picky with that, we have to go for everything,” he said. “It’s not like we can now make the decision after that game there is no chance for us in the Champions League any more.

“In the Premier League, we cannot change it every week — we have to fight until the end and we will.”