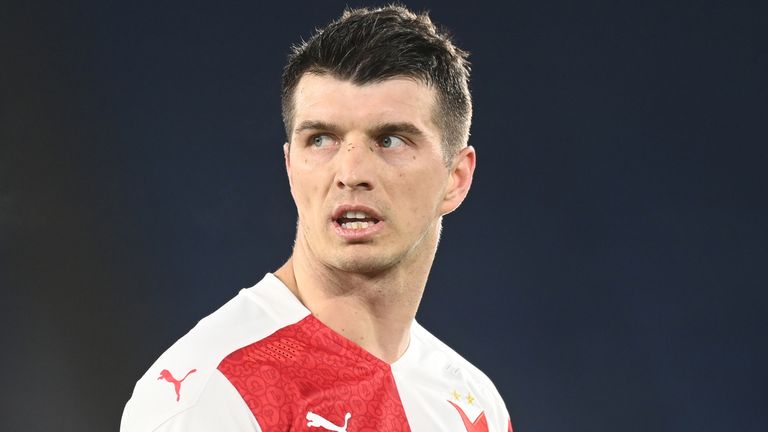 Kudela, already sidelined for the visit to Arsenal through injury, is being investigated by European football’s governing body and Police Scotland over the incident.

Slavia, who won 3-1 on aggregate to advance to the quarter-finals, have denied the claims, instead saying they would file a criminal complaint against Kamara for allegedly attacking Kudela after the game.

UEFA in a statement said that following an initial investigation “proceedings have been opened” against Kudela, as well as Kamara, to assess any potential rule violations, suspending Kudela for Thursday’s match.

“Further information about this case will be made available once the UEFA Control, Ethics and Disciplinary Body has taken a decision in due course,” the statement concluded.

Earlier, Slavia spokesman Michal Bycek had told Czech TV he didn’t expect Kudela to face Arsenal with the club reporting that Kudela had “a bruised nose” and “high fever”.

Czech media said the player had suffered the injury during the Czech Republic’s World Cup qualifier against Wales last week after a challenge by Gareth Bale.

But the team is flying to London with goalkeeper Ondrej Kolar, who suffered a skull fracture after a high challenge from Rangers striker Kemar Roofe at Ibrox.

If he plays, Kolar will be wearing a Petr Cech-style helmet and a kevlar face mask to protect his head.

Slavia were reluctant to let Kudela travel to Cardiff for the Czech Republic’s game in Wales last week over safety concerns, but he did eventually play.

Czech media cited a Slavia source as saying the club was worried some Rangers fans might travel to Wales seeking revenge.