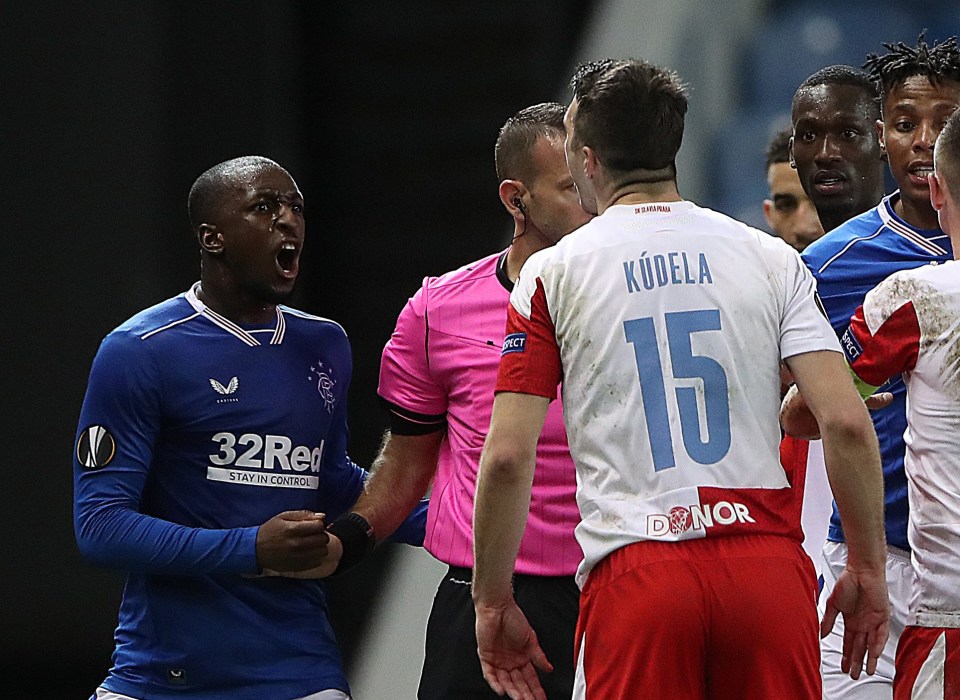 Slavia, who beat Rangers 3-1 on aggregate to advance to the quarter-finals, have denied the claims, but they decided not to let the player travel to Wales for next Tuesday’s qualifier.

“Out of concern for the safety of Ondrej Kudela, SK Slavia decided in cooperation with the national team management not to release Mr Kudela for the match,” Slavia’s lawyers said in a statement published on Twitter.

Kamara’s lawyer said Wednesday Kudela would likely face police interrogation if he returns to Britain, but Slavia said they were not worried about this.

“Today, Mr Kudela provided UEFA with a full statement regarding the ongoing investigation,” the lawyers said.

“The speculation published in the media about the possible arrest of Ondrej Kudela is incorrect.

“Police Scotland have confirmed to SK Slavia’s lawyers that the investigations are at an early stage and that Mr Kudela is fully co-operating,” the statement added.

The Seznam Zpravy news site cited a Slavia source as saying the club was worried some Rangers fans might travel to Wales seeking revenge.

Slavia filed a criminal complaint, claiming that Kamara had assaulted the 33-year-old after the match.

Slavia are likely to ponder his travelling options soon again as they are facing Arsenal in the Europa League quarter-finals, with the first leg scheduled for London on April 8.

In their next World Cup Group E qualifier, the Czechs face Belgium in Prague on Saturday before travelling to Wales.

They opened their campaign with a 6-2 win over Estonia in Poland on Wednesday, with Kudela playing the entire game.