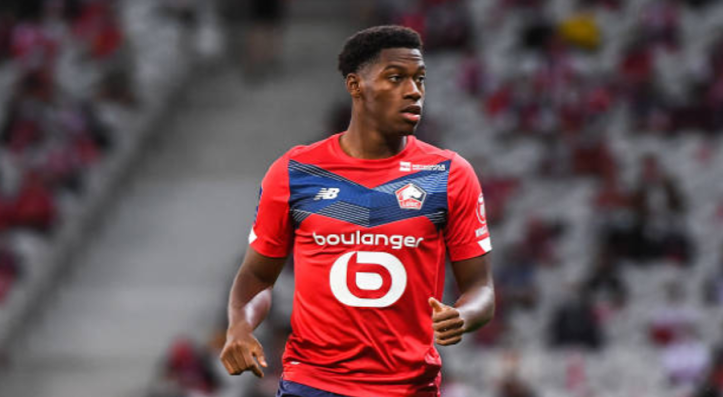 Mauricio Pochettino’s depleted reigning champions stayed second with a 1-0 victory at Bordeaux for top of Ligue 1, with Lyon one point further back after beating Rennes by the same scoreline.

Fourth-placed Monaco slipped to seven points off the pace as the Principality club lost 1-0 at Strasbourg.

Christophe Galtier’s Lille extended their unbeaten run to 10 league matches but were frustrated by eighth-placed Marseille at the Stade Pierre-Mauroy for almost 90 minutes.

But when the Marseille goalkeeper kept out Jonathan Ikone’s effort in the 90th minute, David was on hand to tap in.

The 21-year-old put the result beyond doubt in the third minute of added time, diverting home Ikone’s cross to score his ninth league goal this term.

Lille visit Monaco in their next Ligue 1 match in 11 days’ time as they continue their bid for a first major trophy since winning the league and French Cup double in 2011.

PSG brushed off the absences of Neymar, the suspended Kylian Mbappe and Angel Di Maria to keep up the pressure.

With in-form striker Moise Kean also out after testing positive for coronavirus, it was left to Pablo Sarabia to score the winning goal.

The Spaniard, making his first league start in a month, grabbed the breakthrough in the 20th minute.

PSG were relatively comfortable for the remainder of the game, although Bordeaux winger Hatem Ben Arfa did fire narrowly wide midway through the second half.

Lyon, who were held by Marseille at the weekend, edged a game of few chances thanks to substitute Aouar’s fifth league goal of the season.

“Our goal is reached for tonight. In the second half, the victory was deserved but our goalkeeper was never under real pressure,” said Lyon coach Rudi Garcia.

Memphis Depay wasted the best opportunity of the opening 45 minutes when his effort on the stroke of half-time was saved by Rennes goalkeeper Alfred Gomis.

But Lyon started to look more dangerous after the 58th-minute introductions of Aouar and Tino Kadewere off the bench, with the latter seeing a goal ruled out for offside.

The winner arrived 16 minutes from time when Depay teed up Aouar to score, with Rennes left appealing in vain for an apparent foul by the Dutchman in the build-up.

A fourth straight league defeat for Rennes, who played in this season’s Champions League, leaves them 10th in the table and six points off the European places.

Monaco’s title aspirations suffered a blow as their 12-match unbeaten run in Ligue 1 came to an abrupt end with a surprise loss at Strasbourg.

Niko Kovac’s men dominated possession but mustered only one shot on target in the game, and Strasbourg defender Frederic Guilbert snatched a dramatic winner in the 91st minute to pull his side eight points clear of the bottom three.

Elsewhere, Lens took fifth place from Metz, who lost 1-0 to Angers, with a 3-2 win at struggling Saint-Etienne, while Nice moved 10 points clear of the bottom three by beating Nimes 2-1.

Nantes’ miserable season continued with a 2-1 loss at home to Reims.

The Canaries remain second from bottom and are now three points from guaranteed safety after Lorient’s 1-1 draw at Montpellier.