Germany head coach Joachim Loew has urged his side to take out their “anger and disappointment” from the humiliating defeat against Spain when they host Iceland on Thursday. 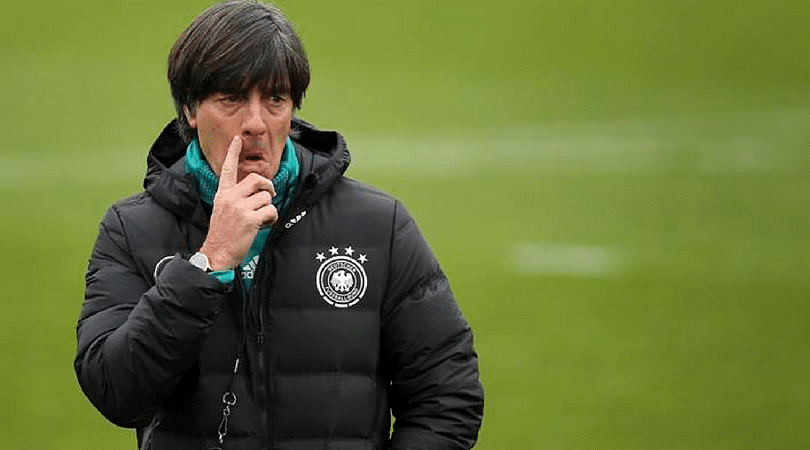 Their opening World Cup qualifier in Duisburg will be their first appearance since Loew and his men were thrashed 6-0 in Seville last November.

In the wake of the Spanish debacle, Loew expects “a reaction from the team” after Germany’s heaviest defeat in 89 years.

“We all made mistakes against Spain,” He admitted in a press conference on Wednesday.

“It was a slip-up, completely below the level expected.”

He wants to keep selecting his strongest team between now and Euro 2020 in June, after which he will step down after 15 years in charge.

“I can’t think anymore about who to rest or play – that time is over,” he added.

Real Madrid midfielder Toni Kroos is out with a groin injury and Manchester City’s Ilkay Gundogan will take his place alongside Bayern Munich’s Joshua Kimmich.

Bayern goalkeeper Manuel Neuer will captain the side with Leroy Sane and Serge Gnarby likely to start on the wings either side of Chelsea striker Timo Werner.

The German Coach wants three wins from three qualifiers, as Germany also face Romania away on Sunday and North Macedonia in Duisburg next Wednesday, to “lay the groundwork” for June’s European Championship.

“We don’t just want to start the qualifying phase with good results, we want a positive performance to show our fans after a disappointing end to 2020,” said Loew.

“We have to put everything into it and show we are a passionate team who will fight to win and is making progress.”