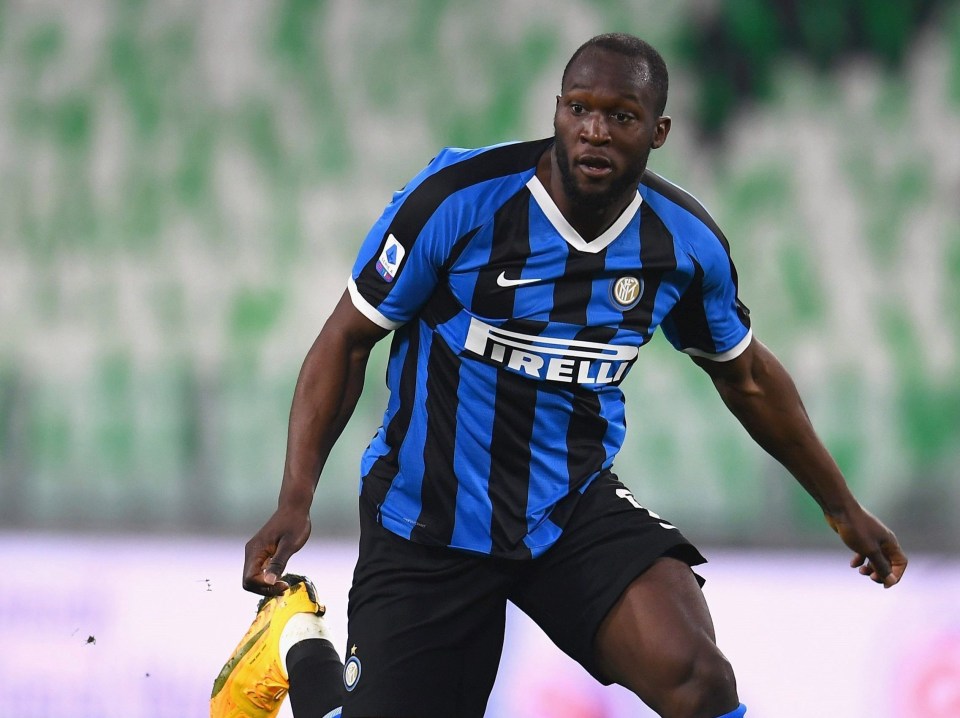 Champions Juventus are 12 points behind Inter (where lukaku plays strike) in third after beating Napoli 2-1, as Paulo Dybala scored on his return after nearly three months out with the league’s leading scorer Cristiano Ronaldo also on target.

Both fixtures had been rescheduled because of coronavirus outbreaks at Inter last month and Napoli in early October.

Lukaku got his head to an Ashley Young cross to score his 21st league goal this campaign after in the 10th minute at the San Siro and then laid on Lautaro for the second midway through the second half.

Hamed Junior Traore pulled a goal back for the visitors with five minutes to go before Inter claimed a 10th consecutive league win to strengthen their grip on the title.

Antonio Conte’s side are on course for a 19th Serie A title and first since 2010.

“There are nine games to go and each game is worth six points,” said the Inter coach.

“We are trying to do something nice for this city that hasn’t won for 10 years.

“The same team has won for nine, and it would be wonderful to end this reign,” added Conte who led Juventus to the first three of their current run of nine Serie A titles.

Juve’s push for a 10th consecutive league title had faltered after taking just one point from their last two league games against lowly Benevento and Torino.

However their win against Napoli was crucial for their Champions League ambitions next season with both teams equal on points in fourth place before kick-off in Turin.

“It was important to restore self-esteem to the team after bad performances. They had to play this kind of match and get this result,” said coach Andrea Pirlo.

Juve were without Leonardo Bonucci and Federico Bernardeschi who tested positive for Covid-19 after international duty with Italy.

Dybala started on the bench, having being dropped for the derby match with Torino last weekend after breaking lockdown rules with teammates Weston McKennie and Arthur Melo.

Ronaldo missed a chance to put the champions ahead after two minutes when he headed wide, before Napoli’s Piotr Zielinski also fired over not long afterwards.

But good work from Federico Chiesa allowed the Portuguese to net his 25th Serie A goal this campaign on 13 minutes.

Chiesa beat two defenders before rolling the ball across to Ronaldo who finished off low past Alex Meret in the Napoli goal.

“Great lads, three very important points! we need this spirit until the end,” Ronaldo wrote on Instagram after bringing his tally to 773 career goals, second only to Czech Josef Bican’s 805.

Veteran Juventus keeper Gianluigi Buffon did well in goal as he replaced first-choice keeper Wojciech Szczesny who had been under fire after the draw against Torino last weekend.

The holder of the Serie A appearances record did well to deny Napoli’s Giovanni Di Lorenzo after the break, Lorenzo Insigne on the hour and Fabian Ruiz midway through the second half.

ALSO READ  I have been HIV positive for 16 years – Gay activist, Bisi Alimi

Dybala came off the bench along with McKennie with 20 minutes to go and the Argentine had an immediate impact, curling in a Rodrigo Bentancur cross four minutes later.

Lorenzo Insigne pulled a goal back from the penalty spot in the final moments after Victor Osimhen was brought down by Giorgio Chiellini in the box.

Juventus overtook Atalanta to move third with the two teams meeting in Bergamo next week, when Inter travel to Napoli.