Marseille were dumped out of the French Cup by fourth-division outfit Canet-en-Roussillon on Sunday, stumbling to an embarrassing 2-1 loss in their final game before Jorge Sampaoli takes over as coach, while Lille eased into the last 16. 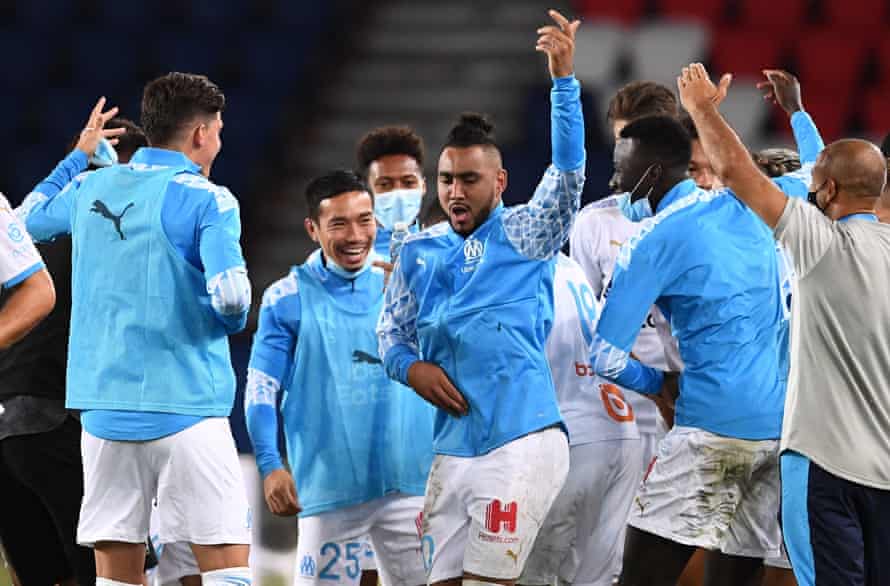 A difficult season for Marseille took another turn for the worse, despite stand-in coach Nasser Larguet naming a strong side for the last-32 encounter.

Forwards Arkadiusz Milik, Dimitri Payet and Valere Germain all started for the visitors at Canet, but the Ligue 1 giants could only muster two shots on target.

“I wanted to put the team in the hands of the new coach with a victory,” admitted Larguet.

“It’s a big personal disappointment… We are OM, it is like playing against our reserve team.

“They did not understand in their head that it was necessary to make even more effort. I thought that after the equaliser we would improve our level of play. We did not.”

Poland striker Milik levelled seven minutes before the break with his third goal since joining Marseille from Napoli.

But home winger Yohan Bai scored 19 minutes from time, dinking the ball over 38-year-old Pele, and Canet, from a seaside town in southern France, held on for a famous victory.

“My players were heroic, courageous,” said Canet coach Farid Fouzari. “In the stands… the stewards turned into our supporters.”

Marseille, who sit eighth in Ligue 1, have now only won two of their last 14 games in all competitions.

Former Chile and Argentina boss Sampaoli will be in charge for their next match, at home to Rennes in the league on Wednesday.

Lille eased into the last 16 with a 3-1 victory at fourth-tier Gazelec Ajaccio.

Christophe Galtier’s men cruised to a straightforward win, with Portuguese centre-back Xeka and the in-form Jonathan David both finding the net.

Lille, who lead Paris Saint-Germain by two points in the Ligue 1 title race, are bidding for a first major trophy since winning the league and cup double in 2011.

They kept their hopes of repeating that feat alive on Sunday despite naming a much-changed team.

Gazelec played in Ligue 1 in the 2015-16 season but have been relegated three times since.

They did themselves no favours in their attempt to cause an upset, as Alexandre Durimel gave Lille the perfect start with a ninth-minute own goal.

The hosts stayed in the game until late on, but Xeka struck in the 73rd minute and Canadian international David, on as a substitute, scored his eighth goal in 13 games 11 minutes later.

Gazelec did manage to grab a consolation through David Pollet with three minutes remaining.

Elsewhere, Martinique club Franciscain’s run came to an end as they were thrashed 5-0 by Ligue 1 club Angers.

Chateaubriant booked a last-16 spot with a 2-1 win at fellow fourth-division club Romorantin.

On Saturday, holders Paris Saint-Germain eased through with a 3-0 victory at Brest, while Lyon beat second-tier Sochaux 5-2.