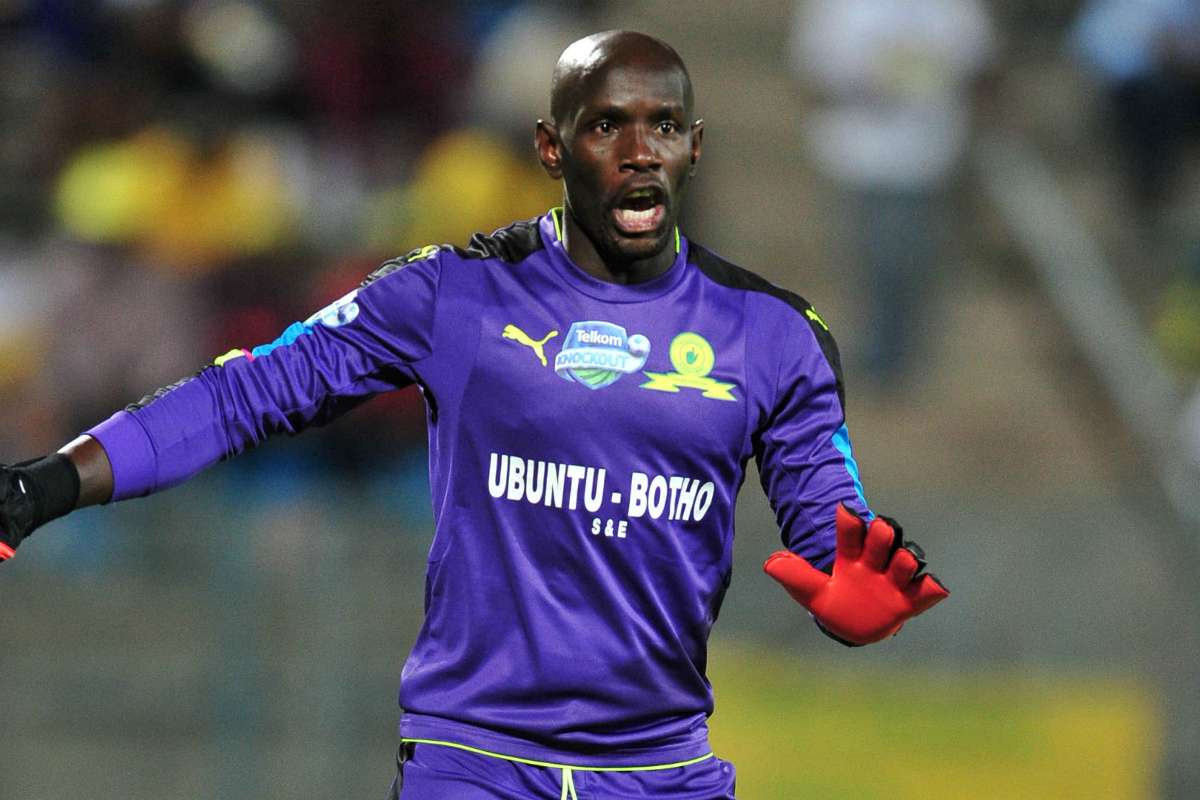 The MTN 8 showdown between two of three most popular clubs in the country finished 2-2 after 90 minutes and extra time produced no further goals, leading to a shootout which Sundowns won 2-1.

Mweene, a 36-year-old who competes with another veteran, Ugandan Denis Onyango, for a place in Sundowns’ starting line-up, was criticised on social media for repeatedly moving forward before kicks.

But Sundowns were denied a goal in the shootout as TV replays clearly showed the ball crossing the goalline before Chiefs goalkeeper Itumeleng Khune palmed it away.

Arthur Zwane gave Sundowns a 2-1 lead on penalties from the eighth kick and Mweene then made a diving two-hand save from Nkosingiphile Ngcobo to clinch a last-four place for Sundowns.

Mweene, who helped pre-tournament outsiders Zambia stun Africa by winning the 2012 Cup of Nations in Gabon, attributed his remarkable performance to hard work.

“I practice facing and taking penalties at every training session,” said the Zambian who made his professional debut in 2003 with Lusaka Celtic and joined Sundowns 10 years later.

Asked why he took the third Sundowns penalty — unusually early in a shootout for a goalkeeper — Mweene replied that being the oldest player gave him an advantage in a team with many youngsters.

“It is only fair that the more experienced players like me step up early on. My penalty was not that great, actually, but I was thrilled to see it trickle into the net. They all count.”

Former African champions Sundowns surged into a two-goal lead midway through the first half of regular time thanks to a header from Namibian Peter Shalulile and a low shot by Zwane.

Bernard Parker halved the deficit for 2021 CAF Champions League runners-up Chiefs off a header before half-time and Zimbabwean Khama Billiat levelled on 59 minutes.

Sundowns were joined in the semi-finals of a unique African club competition by Swallows, Golden Arrows and Cape Town City.

Mduduzi Mdantsane punished a retreating defence by scoring on 89 minutes to give Cape Town a surprise 2-1 win at 2021 league runners-up AmaZulu.

The competition comprises the eight highest finishers from the previous league season and they play for just one prize with the winners pocketing eight million rand ($545,000/460,000 euros).

Next
Sultan of Sokoto condemns Muslim killings in Jos