RB Leipzig coach Julian Nagelsmann said on Wednesday that he has warned his players that if they want to be serious Bundesliga contenders they need to focus on their game at relegation-threatened Arminia Bielefeld. 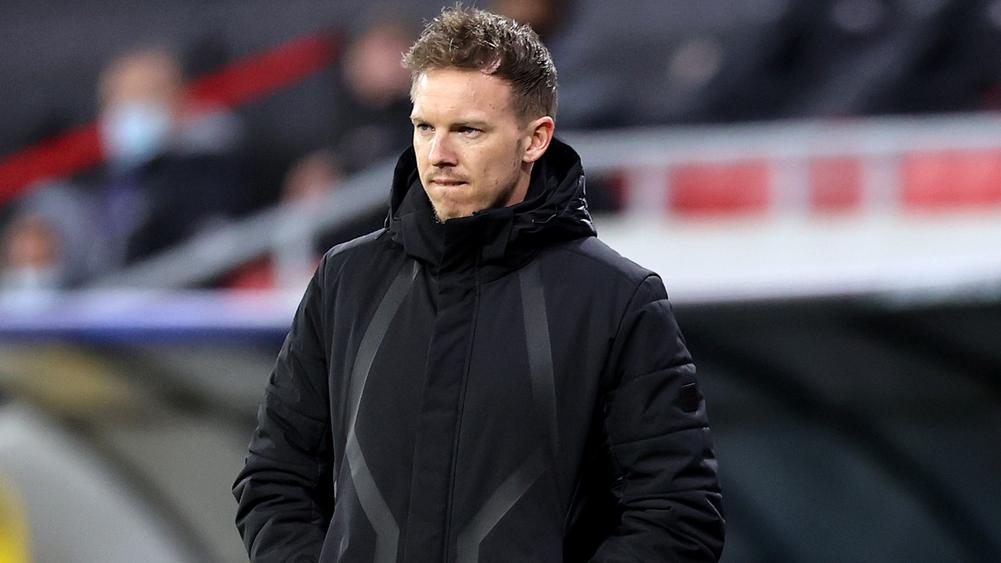 Second-placed Leipzig trail Bayern Munich by four points and the leaders visit the Red Bull Arena on April 3. Before that, RB visit Bielefeld on Friday, while Bayern entertain mid-table Stuttgart on Saturday, Hence the demand from Nagelsmann.

“If we want a showdown, then we need to win the game against Bielefeld,” Nagelsmann said on Wednesday.

“That’s why it makes little sense to take them (Bielefeld) lightly,” said the 33-year-old. “If we lose and Bayern win they will be very far ahead.”

Defender Dayot Upamecano is out with a leg injury he picked up last Sunday.

Having been knocked out of the Champions League in the last 16 by Liverpool, Leipzig can put all their efforts into the Bundesliga title race.

Angelino, who is sidelined by injury, and Christopher Nkunku scored in a 2-1 home win over Bielefeld when the sides met last November.

Bielefeld climbed out of the bottom three with a shock 2-1 win at Bayer Leverkusen last Sunday, which Nagelsmann insisted is “a warning for us”.

Leipzig’s Willi Orban, Kevin Kampl and Nordi Mukiele are all on four yellow cards and one more could lead to an automatic suspension for the Bayern game