South Africa sacked coach Molefi Ntseki on Wednesday, three days after losing in Sudan and failing to qualify for the 2021 Africa Cup of Nations 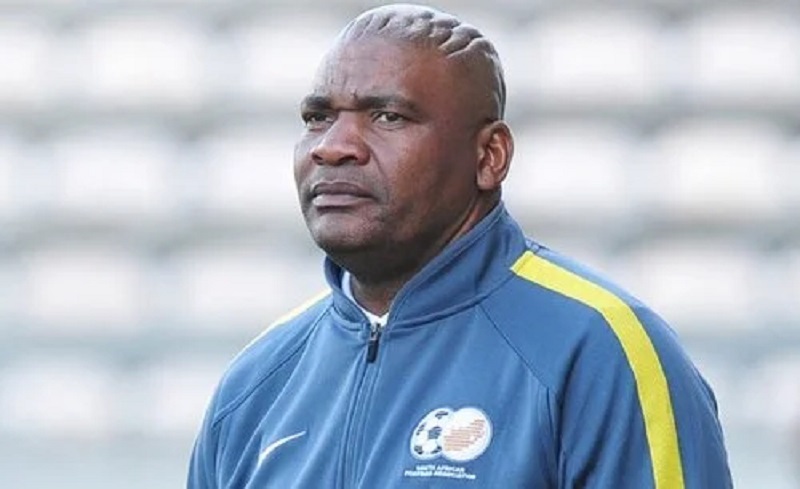 The decision to fire Ntseki was announced at a press conference in Soweto by South African Football Association chief executive Teboho Motlanthe.

South Africa finished third in Group C behind Ghana and Sudan to continue a poor record in the competition.

Since 2008, Bafana Bafana (The Boys) have played in six Cup of Nations qualifying competitions and reached the finals only twice.

Ntseki was a controversial appointment to succeed England-born Stuart Baxter, who resigned in 2019 soon after taking South Africa to the Cup of Nations quarter-finals in Egypt.

The 51-year-old assisted Baxter, then took over the national side despite never having been in charge of a senior team.

Former forward Benni McCarthy, who coaches South African Premiership club AmaZulu, has been mentioned as a possible successor to Ntseki.

McCarthy, whose 32 goals for South Africa is a national record, inherited AmaZulu when they were close to the bottom of the table early this season and they have risen to fifth under his guidance.

Clive Barker, coach of the 1996 Cup of Nations-winning team, has hailed McCarthy, calling him a “breath of fresh air”.

“He is a coach who should be able to take us forward. He has done really well as a coach and players respond well to him.”

Currently unemployed Eric Tinkler, a midfielder in the 1996 Cup of Nations team, may also be considered for a post that needs to be filled urgently with 2022 World Cup qualifying beginning on May 31.

South Africa are in the same group as Ghana, Zimbabwe and Ethiopia, and only the team finishing first advance to the final round.

Ghana won and drew against Bafana in 2021 Cup of Nations qualifiers and can call on Premier League midfielder Thomas Partey and forward Jordan Ayew, and are favoured to win the group.