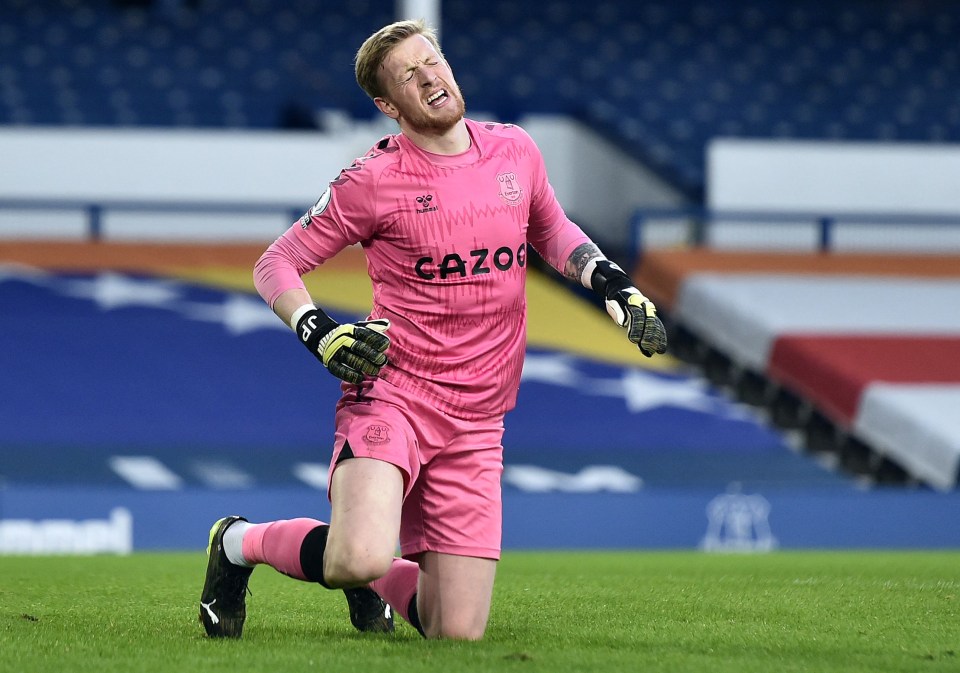 England’s established number one, Pickford was forced off just before half-time of Saturday’s surprise 2-1 Premier League defeat to Burnley.

Pickford underwent a scan on Monday and Everton have now confirmed he will miss this month’s international triple-header “after sustaining an injury to his oblique abdominal muscle”.

Everton confirmed Pickford “will remain under the care of the club’s medical staff at USM Finch Farm during the forthcoming international break” rather than facing San Marino, Albania and Poland.

The 27-year-old, who was absent for a period last month due to a rib injury, will also miss the Toffees’ FA Cup quarter-final with runaway Premier League leaders Manchester City on Saturday.

Pickford was a key part of the side that went onto reach the World Cup semi-finals in 2018, but a number of high-profile errors in the two seasons since have seen Southgate pressured into giving Pope or Henderson the chance to claim the number one spot ahead of this summer’s European Championship.