Former UEFA president Michel Platini spent six hours in front of a Swiss prosecutor as a suspect in a corruption case on Monday, before he testifies as a witness on Wednesday in a separate case against FIFA president Gianni Infantino 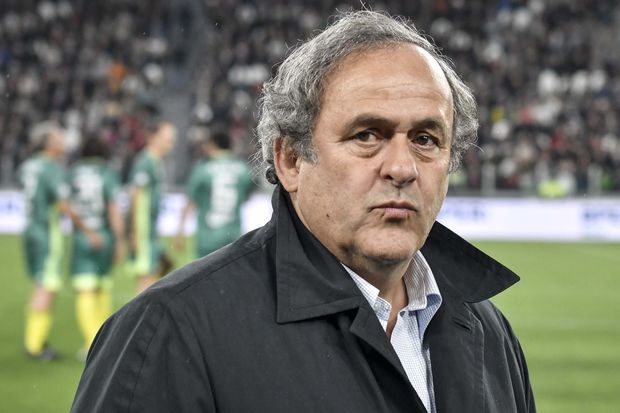 The 65-year-old Platini was questioned in Bern by prosecutor Thomas Hildbrand, who is suing him over the corruption case that shattered his dream of taking over world football’s governing body FIFA after the fall of Sepp Blatter.

The accusation against Platini revolves around a payment of two million Swiss francs ($2.2 million) from FIFA authorised by Blatter in 2011.

Platter and Blatter face accusations of “disloyal management”, “breach of trust” and “fraud” with the thin possibility of a five-year jail sentence if found guilty.

“Michel Platini was attentive to the presentation of the elements of the case and to the interpretations presented by the prosecutor Hildbrand,” Platini’s entourage told AFP.

“He remains very confident that this procedure will allow him to prove his integrity in this case.”

According to the prosecution, it was the former Saint Etienne and Juventus midfielder’s “final hearing” before the end of the investigation.

Platini, who was also summoned on Tuesday but will not need to be heard again, will either be exonerated or face trial.

Blatter, who turned 85 last week, is also due to face the prosecutor but according to his staff, he is still convalescing after being hospitalised in December and January.

The boot will be on the other foot on Wednesday when Platini appears as a witness in a Swiss investigation into Infantino.

Elected in 2016 promising to “restore the image of FIFA”, Infantino last year became he target of a criminal procedure for “incitement to abuse authority”, “violation of official secrecy” and “obstruction of criminal proceedings” over three secret meetings in 2016 and 2017 with Michael Lauber, then head of the Swiss Federal Prosecutor’s Office (MPC).

Those meetings fuelled suspicions of collusion over cases that involved FIFA.

Infantino says he wanted to show the MPC “that the new FIFA was a world away from the old one”, which had been led astray “by corrupt officials”.

The Swiss prosecutor in the case has also said he is curious about a private jet flight Infantino took in 2017 that was paid for by FIFA.