Uruguay left-back Matias Vina has signed for Roma from Palmeiras in a deal worth an initial 13 million euros ($15.3 million), the Italian club announced on Sunday 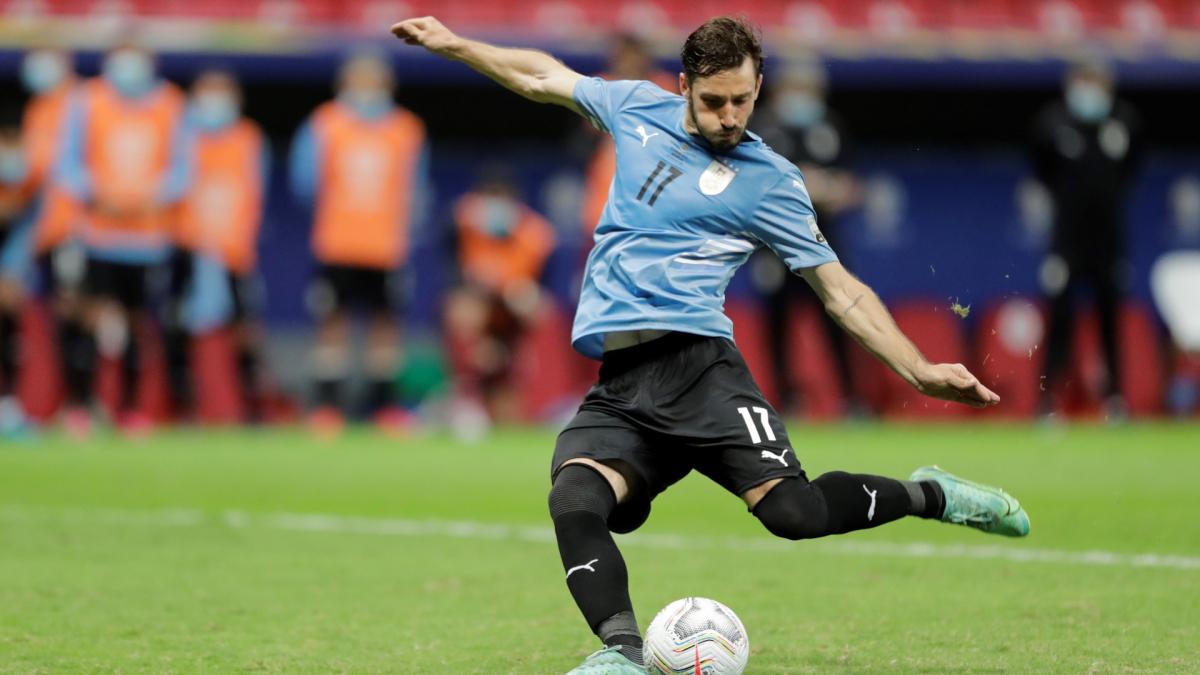 In a statement, Roma said that Vina had signed a five-year contract and that the transfer agreement includes unspecified “performance-related clauses”.

Brazilian side Palmeiras also have the right to a percentage of the profits from any future sale of the 23-year-old, although Roma did not say how much.

“I have dreamed of playing in Europe since I was a child, and to be able to achieve that goal while playing in a Roma shirt is something that makes me very proud,” Vina told the Roma website.

Vina has made 16 appearances for Uruguay and played in all five of country’s matches at the recent Copa America, where they were knocked out at the quarter-final stage by Colombia.

His biggest triumph was winning the 2020 Copa Libertadores with Palmeiras.

Vina fills the gap left by Leonardo Spinazzola, who starred for Italy at Euro 2020 but ruptured his Achilles during the Azzurri’s quarter-final win over Belgium.

Spinazzola underwent successful surgery on his Achilles in early July and is expected to be out for around six months.

Roma begin their new Serie A campaign on August 22 with a home clash against Fiorentina.

Next
Secondus: PDP stakeholders back calls for removal of the National Chairman