Cristiano Ronaldo helped Portugal to a hard-fought 3-1 win over Luxembourg on Tuesday with his first goal of the 2022 World Cup qualifying campaign, while Belgium became the latest team to join the protests over human rights in Qatar before hitting eight past Belarus 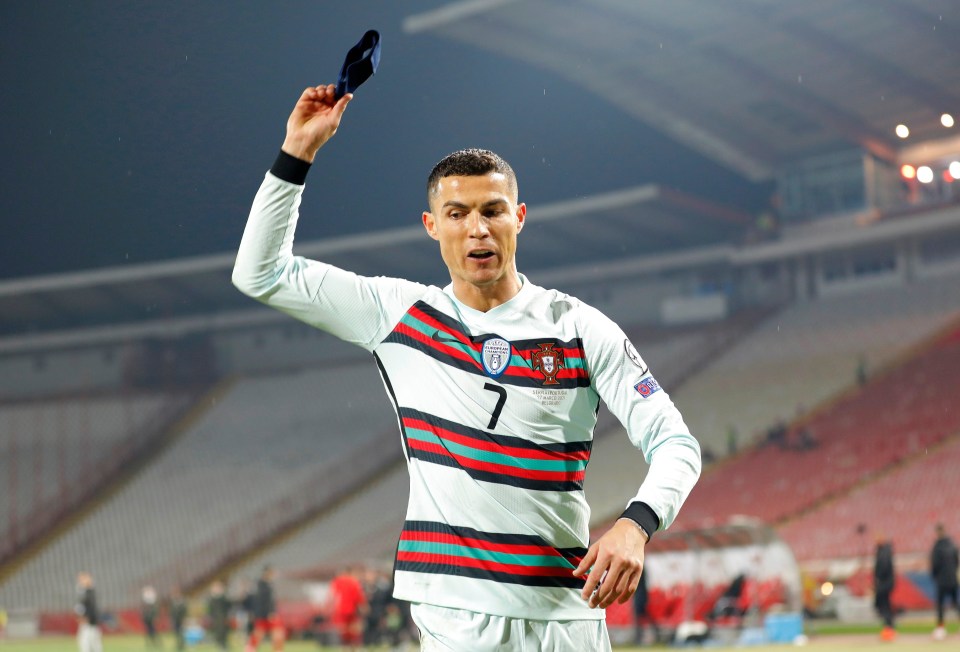 Juventus forward Ronaldo bagged his 103rd international goal five minutes after the break to stop his side falling foul of a Luxembourg team whose recent performances have defied their small status and tiny population.

Ronaldo had been controversially denied what looked to have been an added-time winner in Saturday’s draw against Serbia in Belgrade, but he was not to be denied when he tapped home Joao Cancelo’s cross.

Luxembourg beat the Republic of Ireland last time out and another shock result looked possible when Gerson Rodrigues put the hosts in the lead with a glancing header half an hour into the Group A contest at the Stade Josy Barthel.

Diogo Jota put the European champions back on level terms in first-half stoppage time with a close-range header of his own, finding himself unmarked to nod home Pedro Neto’s cross.

Ronaldo put Portugal ahead and then Joao Palhinha added a third to save Portugal’s blushes and put them top, level on seven points with Serbia, who won 2-1 at Azerbaijan earlier on Tuesday thanks to an Aleksandar Mitrovic brace.

“That is the turning point because I would have liked to return to the dressing room at 1-0. After, the individual quality made the difference.”

Belgium’s players donned t-shirts in support of migrant workers building the stadiums for next year’s finals in the Gulf state and then smashed Belarus 8-0 to move top of Group E despite coach Roberto Martinez playing a second-string side.

Germany, Denmark, Norway and the Netherlands have recently staged similar protests, and the Belgian gesture mirrors the one made by their Dutch neighbours with t-shirts emblazoned with the message ‘Football supports change’.

Human rights groups have been critical of the treatment of migrant workers, claims Qatar disputes.

On the field in Leuven Belgium made easy work of their opponents, Michy Batshuayi starting a deluge of goals in the 14th minute.

It leaves them three points ahead of the second-placed Czech Republic after they lost 1-0 to Wales in Cardiff in a match which finished with 10 men on each side.

The Netherlands closed the gap on Group G leaders Turkey to one point after they won 7-0 in Gibraltar.

Frank de Boer’s team were far from their best but got maximum points after taking a long time to break down their minnow opponents, who were playing in front of a home crowd thanks to Gilbraltar’s successful coronavirus vaccine programme.

Steven Berghuis opened the scoring three minutes before the break and in the second half the Dutch managed to make their superiority count.

Luuk de Jong made it two with a 55th-minute tap-in and then three goals in as many minutes from Memphis Depay, Georginio Wijnaldum and Donyell Malen put the Dutch five ahead.

Donny van de Beek lashed home the sixth from close range before Depay added his second of the night to complete the scoring with two minutes remaining.

They move closer to the Turks, who beat the Netherlands in the group’s opening round of fixtures, thanks to Davis Ikaunieks’s late strike which allowed Latvia to draw 3-3 in Istanbul.

The Dutch are level on six points with Norway and Montenegro, who lost 1-0 at home to the Norwegians.

Croatia moved top of Group H thanks to their 3-0 win over Malta. They are level on six points with Russia, who fell to a 2-1 defeat at Slovakia.