Sunday Oliseh said unlike his playing days, the present Super Eagles side can only boast of a handful of players featuring for top-flight European clubs. 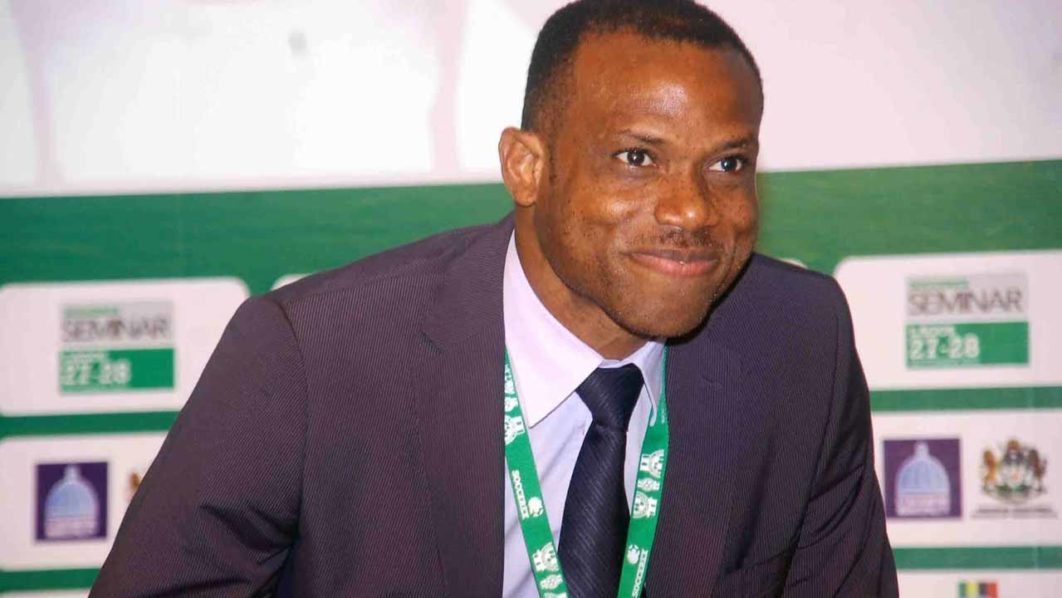 Sunday Oliseh said unlike his playing days, the present Super Eagles side can only boast of a handful of players featuring for top-flight European clubs.

“The demands that we have; the qualification that you have before you can play for the Super Eagles; the bar has been reduced,” the former Nigerian captain told Channels Television’s Sports on Friday.

“We as a nation are now happy with mediocrity. We celebrate even third place in Africa. When you are Nigerian, you are the best. You don’t celebrate even second.”

While recalling how he felt when the West African side lost the 2000 Africa Cup of Nations (AFCON) final to Cameroon, he said playing for Nigeria should be a thing of pride, insisting that the best have to be picked for national assignments.

“That is why when I coached Super Eagles, the first thing I told them was ‘If you are not playing in the first division anywhere in the world, forget Super Eagles’ because the best has to play here,” the 1996 Olympic gold medalist added.

In the past, Oliseh noted that Nigerian players faced one another in the UEFA Champions League but admitted that the situation is not the same presently, singling out Leicester City midfield enforcer Wilfred Ndidi as one of the few doing well at the moment.

“We don’t have a lot of top players playing at the top level at the moment,” the Delta-born ex-footballer explained. “The most solid player we have now is Ndidi because he has got a lot as a player.”

Nigeria is billed to face Lesotho’s Crocodiles at the Teslim Balogun Stadium in Lagos on March 30, 2021, the first time the three-time African champions will be playing a competitive game in the city in 20 years.

And Sunday Oliseh, who captained Nigeria when they lost the 2000 AFCON final in Lagos, has welcomed the move, describing fans in the commercial city as “demanding.”

“You have to be at your best to play there,” he said, following the decision to bring the 2021 AFCON qualifier to Lagos.

Suday Oliseh added, “There is an advantage to it. The advantage to it is that you always bring your ‘A’ game when you come to play for Nigeria and you know that you have to play well and it is not a luxury playing for Nigeria; it has to be  an honour wearing the green, white green.”