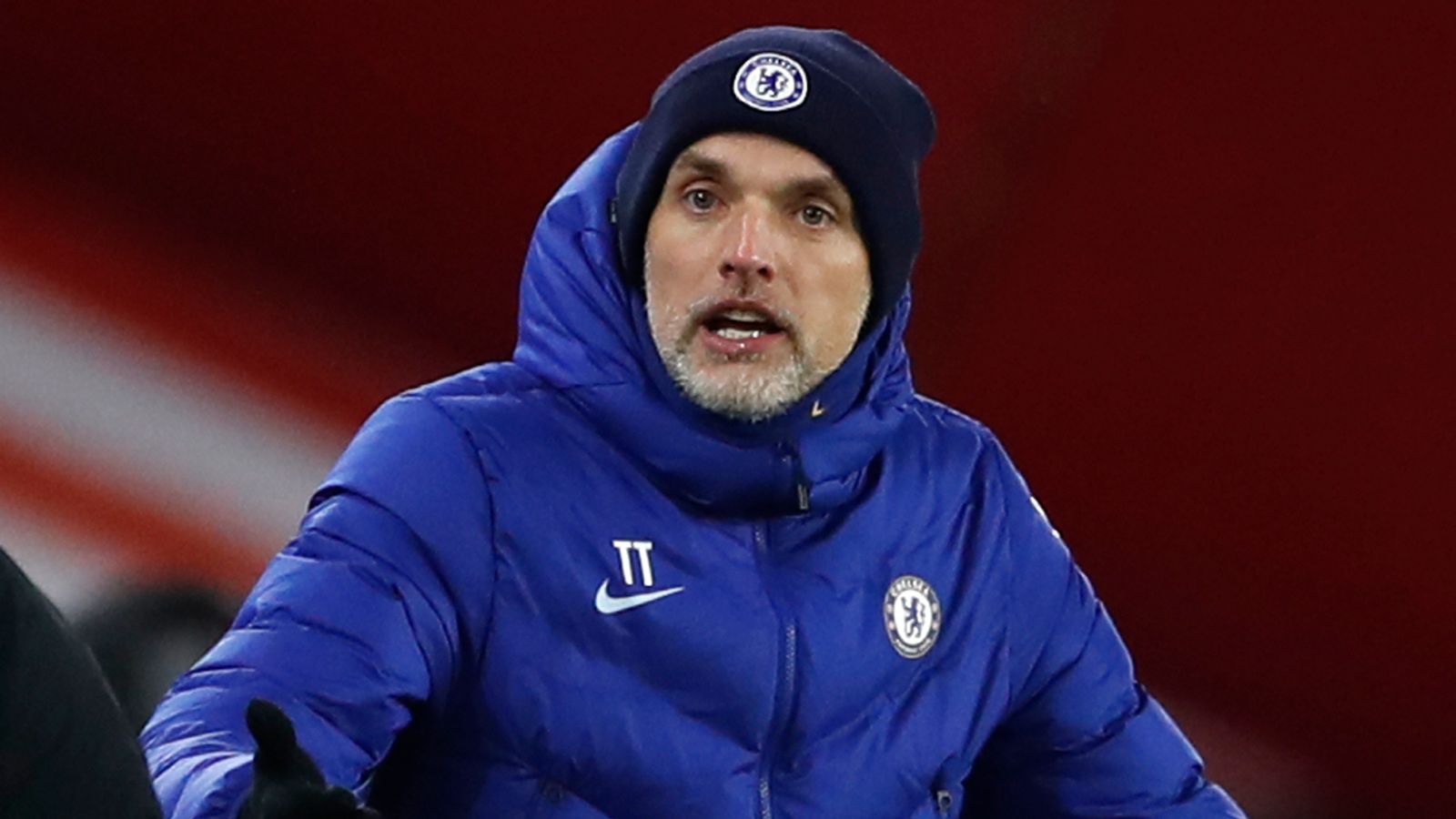 The German coach now has to show he can deal with his first taste of adversity with the west London club.

“It’s a wake-up call. We will get the right response,” said Thomas Tuchel.

“It’s important we digest it. I did not see it coming, now we have to take our responsibilities – me included – and shake it off.

“We can’t, after 15 or 14 matches, lose our head. We can’t take away the trust that we have in these players.”

His call for calm fell on deaf ears among some of his squad with reports of a training ground clash on Sunday between Antonio Rudiger and Kepa Arrizabalaga.

A swift response is needed in Wednesday’s Champions League quarter-final first leg against Porto in the first of two clashes between the sides in Seville due to coronavirus restrictions on travel between Portugal and England.

Despite the Portuguese giants’ heroics in dumping out Juventus in the last 16, anything other than progression to Chelsea’s first Champions League semi-final since 2014 will be seen as a huge disappointment.

An impressive run of results have covered over some of the cracks that led to Lampard’s departure and remain to be solved.

Hakim Ziyech, Timo Werner and Kai Havertz combined for the majority of a £220 million ($304 million) spending spree in the transfer market last summer, but all three are still to live up to their hefty price tags.

Thomas Tuchel has made the most of Chelsea’s strength in depth to consistently rotate, particularly in attacking areas.

But a lack of goals has been a persistent problem, with the Blues scoring just 13 times in their last 11 Premier League games.

Werner’s lack of form is a major factor.

The German international has scored just once in his last 18 games for club and country and his fragile confidence took another hit when his stunning miss helped North Macedonia claim a shock win in last week’s World Cup qualifier.

The time has come for Tuchel to make some big decisions if he is to go one better than last season when he guided Paris Saint-Germain to the Champions League final.

Not for the first time in his Chelsea career, Olivier Giroud may be brought in from the cold by a manager in need.

Giroud’s overhead kick was the difference in the first leg of Chelsea’s last 16 tie against Atletico Madrid, but the Frenchman has not played a minute of Premier League or Champions League action since February.

It is at the back Thomas Tuchel’s impact has been felt most, with a run of seven clean-sheets prior to Saturday’s collapse.

The use of a back three and Rudiger’s return, after he was frozen out by Lampard for most of the first half of the season, have made Chelsea far harder to break down.

Rudiger’s presence was badly missed as he was left out against West Brom to allow Silva to make his comeback after two months out with a hamstring injury.

The Brazilian’s return lasted just 29 minutes before his red card and Tuchel is expected to restore Rudiger in place of the 36-year-old despite his bust up with Kepa.

Mason Mount and N’Golo Kante will also return as their importance was underlined when rested from the start at the weekend.

But that could leave space for just one of Werner, Havertz and Ziyech in attack.

Tuchel is spoiled for choice, but will be quickly judged on whether he makes the right calls.