Tonto Dikeh Lied about getting full custody of her son.

Tonto Dikeh ex husband Churchill Olakunle has come out to debunk the claims that Tonto Dikeh has won a full custody of their son, King.

In a statement released by the lawyers to Churchill Olakunle, it wants to draw the attention of the public to the false news spreading around that a customary court in Abuja had granted full custody of their son, King

Churchill Olakunle via his lawyers wants the public to disregard the false news. It went to say that a blogger who was reportedly under Tonto Dikeh’s payroll defamed his character by calling him names. 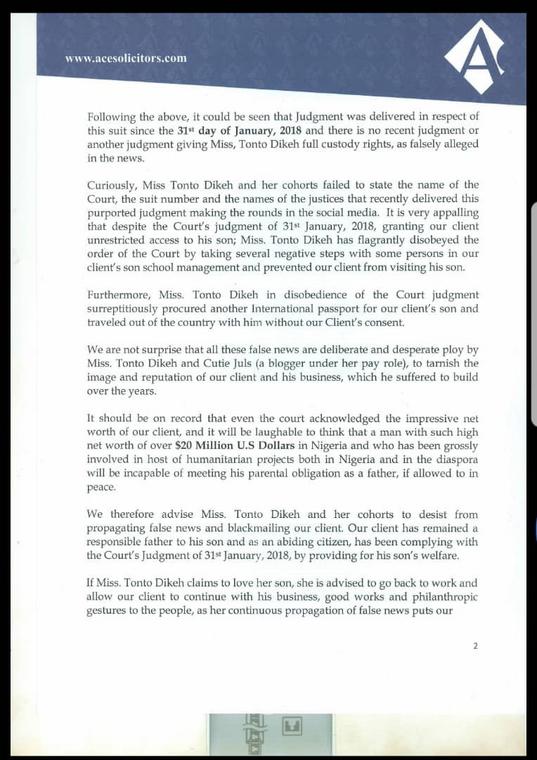 It looks like 2019 will be another year where Tonto Dikeh and her ex-husband Churchill will be busy getting on each other’s nerves. 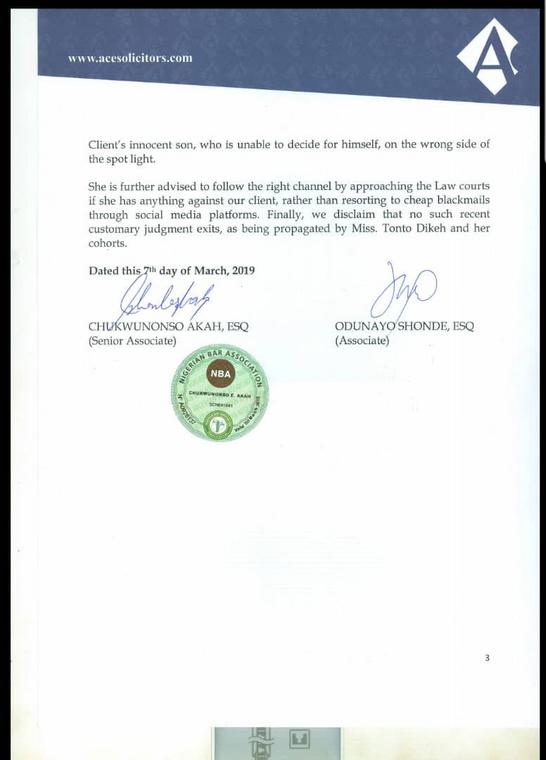 Previous
Chamberlain Subbed in First Half on Comeback

Next
Fabian Schar wins February goal of the month