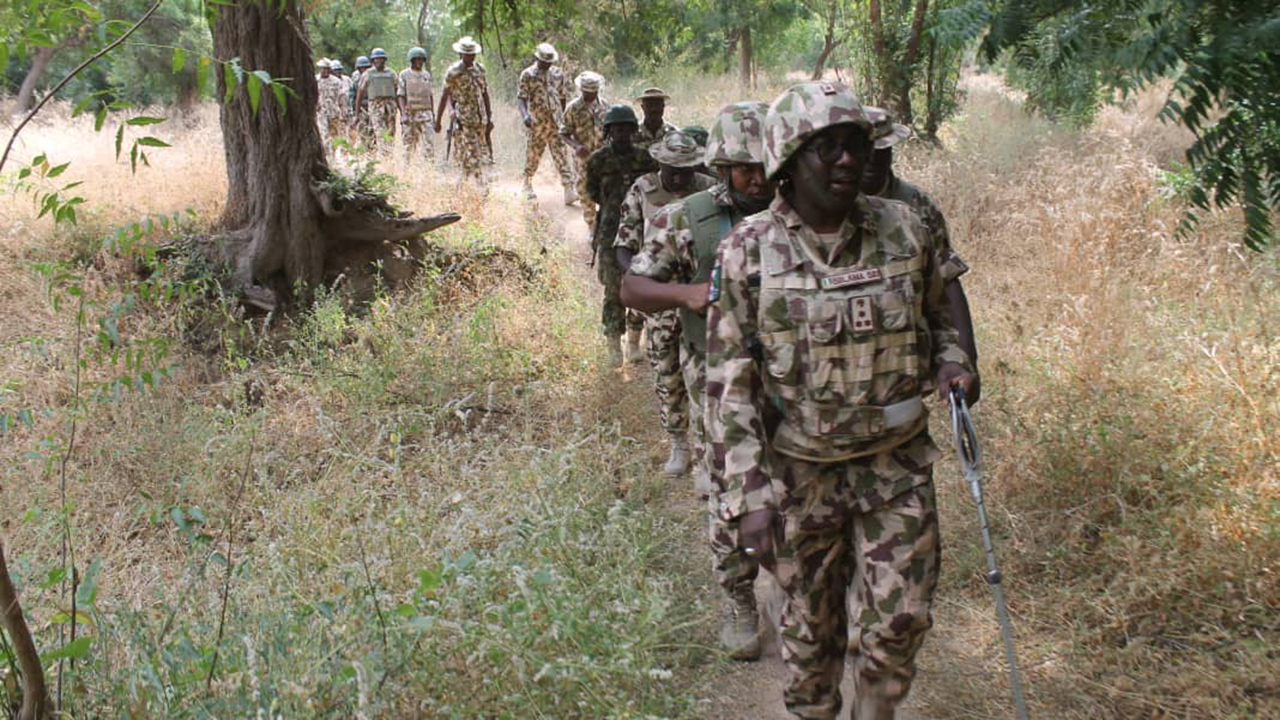 The 45-minute Borno operation also led to the rescue of 60 elderly women and children, who had reportedly been in captivity for five years.

In a statement in Maiduguri, the Director, Army Public Relations, Brig-Gen. Mohammed Yerima, declared: “Our troops have decisively taken out several terrorists, after heavy fighting in the Gulwa/Musuri/Gambouru axis on Monday.”

The troops encountered elements of the terrorists group at Musuri, during a clearance operation, and swiftly engaged them with superior firepower, he said, adding: “This ultimately led them to dominate the area after neutralising 41 of the terrorists and recovering sophisticated weapons.”

Giving a lecture at the 12th convocation of the school in Mubi, which was captured by Boko Haram but liberated by the military, Kyari stated that such move would only encourage the criminals to persist.

HOWEVER, Kaduna State Governor, Nasir el-Rufai, has reiterated his administration’s stance not to negotiate with bandits, saying that his job as governor is to enforce the law and prosecute offenders.

El-Rufai restated his government’s position during an expanded meeting of the State Security Council at the Council Chambers of Sir Kashim Ibrahim House yesterday.

Due to incessant kidnapping in the state, he ordered the closure of all public and private schools in Kajuru Local Council of the state.

There have been several attempts to abduct students from their schools, which were foiled by security operatives in the state.

Last Friday, 39 students were abducted when gunmen invaded the Federal College Of Forestry Mechanisation in Afaka, Igabi Local Council of the state.

THE Commissioner of Internal Security and Home Affairs, Samuel Aruwan, said the military action in the state followed the attempted kidnap of four women from the village.

Aruwan said: “The troops responded to a distress call and mobilised swiftly to the area to engage the bandits. Following a gunfight, the bandits abandoned the captives, who were then able to escape.

“After the skirmish, the bodies of two bandits were recovered. One soldier sustained a bullet injury in the face during the exchange, and is recuperating in hospital.”