One of the victims of last Friday’s Zamfara Government Girls Secondary School, Jangebe, abduction, Hafsat Anka, said the bandits threatened to kill, fry, and eat them if they misbehaved. 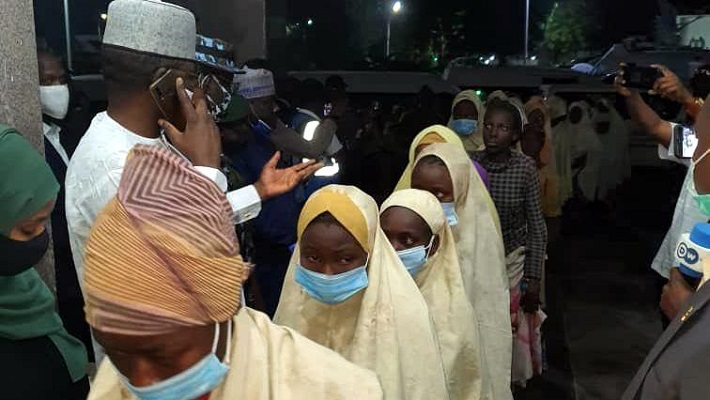 Miss Anka, while narrating her ordeal to the News Agency of Nigeria at the Government House, Gusau, shortly after regaining freedom, stated that they trekked over a long distance from the school, had a stopover for some hours before they reached their destination.

“There was no clean water or good food, and we felt we had already spent years even though it was our first day, and the bandits kept firing into the air to scare us.

“They were very young boys with one elder they called ‘Kasalle’ or ‘Yaya’ who gave them instructions. He was the one that stopped them from touching any of us,” said Miss Anka.

The SS-II student, who spoke in tears, said they laid in trenches littered with human faeces.

“We saw other people, including women and children and father of one of our schoolmates who had been in the den for three months.

“They walked us on foot, and some of us had dislocations in our foot. They would pray as Muslims but never allowed us to pray, and they fed us with rice in which they put sand after cooking,” she narrated.

According to her, the bandits wore military uniforms and claimed they defeated security operatives when they attacked the school.

Miss Anka, who said she was happy to regain freedom, pointed out that she would continue her education but as a day student.

The students’ abduction, which took place on Friday around 2:00 am, generated public outcry worldwide.