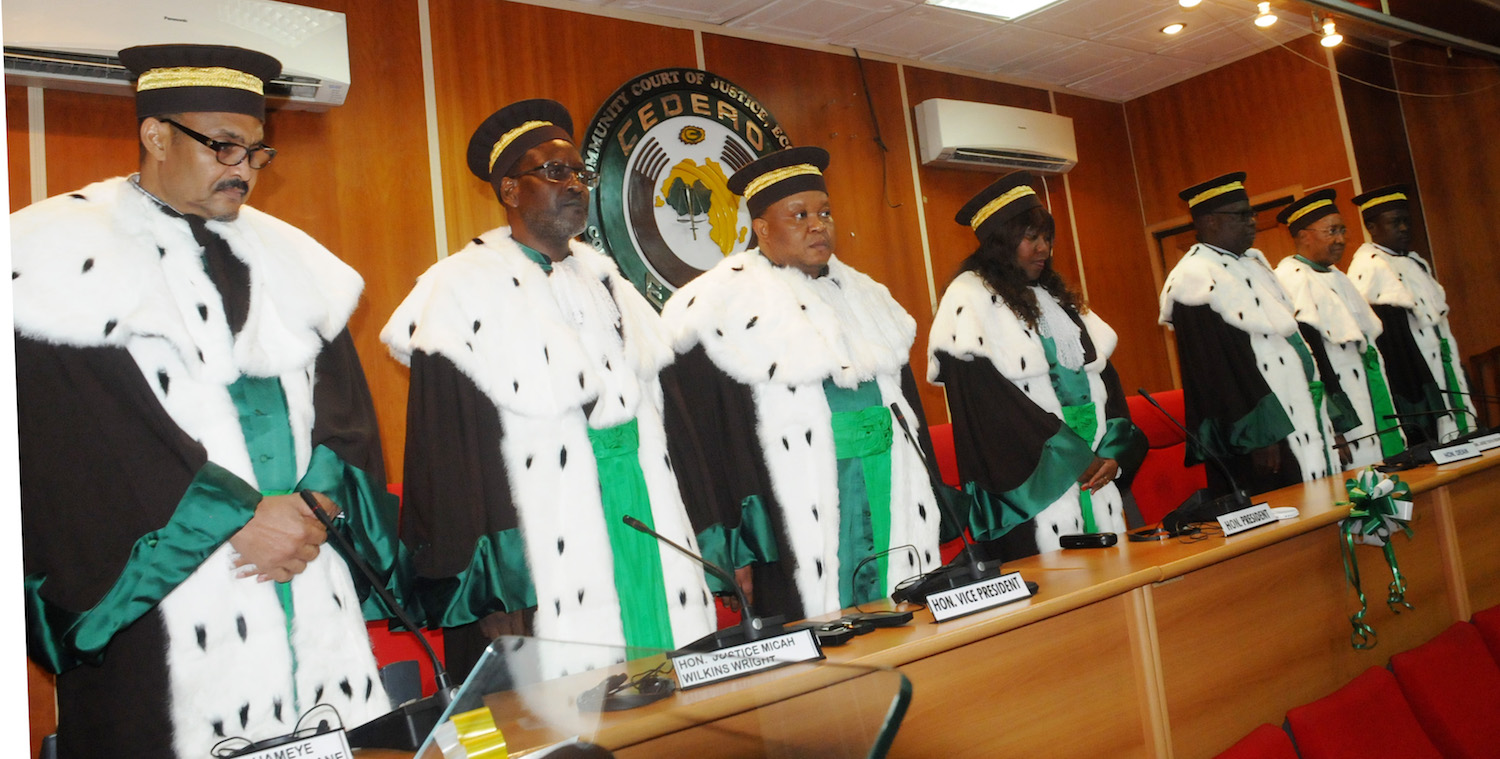 The move, the regional body (ECOWAS) says, stems from the fact that flouting the community court’s ruling was against the dictates of the “Community Texts’’ and which also equates to disruption of democratic processes.

A judge of the court, Justice Dupe Atoki told the News Agency of Nigeria (NAN) in Lome, Republic of Togo, on Thursday, that the need for sanctions had become necessary in view of the impunity of disobedience by states.

Atoki, who moderated a session on sanctions for dissident member states at the International Conference to mark the 20th anniversary of the court, explained that the actions of some member states were capable of undermining the court’s authority.

“The sanctions are vague and that is where the problem is because the protocol has not really come up to be precise about what sanctions can be meted to member states that do not respect the decisions of the court.

“But there is a general provision for sanctions to be given against members who do not fulfill their obligations as indicated in the community texts.

“To that purpose, we believe that implementation of the judgment of the court is within that context.

“The first obligation of member states is respect and promotion of human rights.

“So when the court was set up to promote this right, then it follows that if you fail to comply with the decision of the court, you have failed in your obligation to fulfill the provisions of the community texts and there are sanctions to that effect,” she said.

Atoki further explained that also among the obligations of ECOWAS member states was compliance with the democratic process.

“That is why you find that any attempt to derail the democratic process is met with sanctions.

“This has led to the situation in Mali and in Guinea. That is one of the obligations listed together with the protection of human rights.

“So, we can, from our own, deduce that failure to implement the decision of the court is also a violation of the fulfillment of the obligation of the texts which attract sanctions which can include suspension,” she said.

Next
NEDC request for 5 percent VAT