Fayose, others re-arraigned by EFCC for alleged money laundering 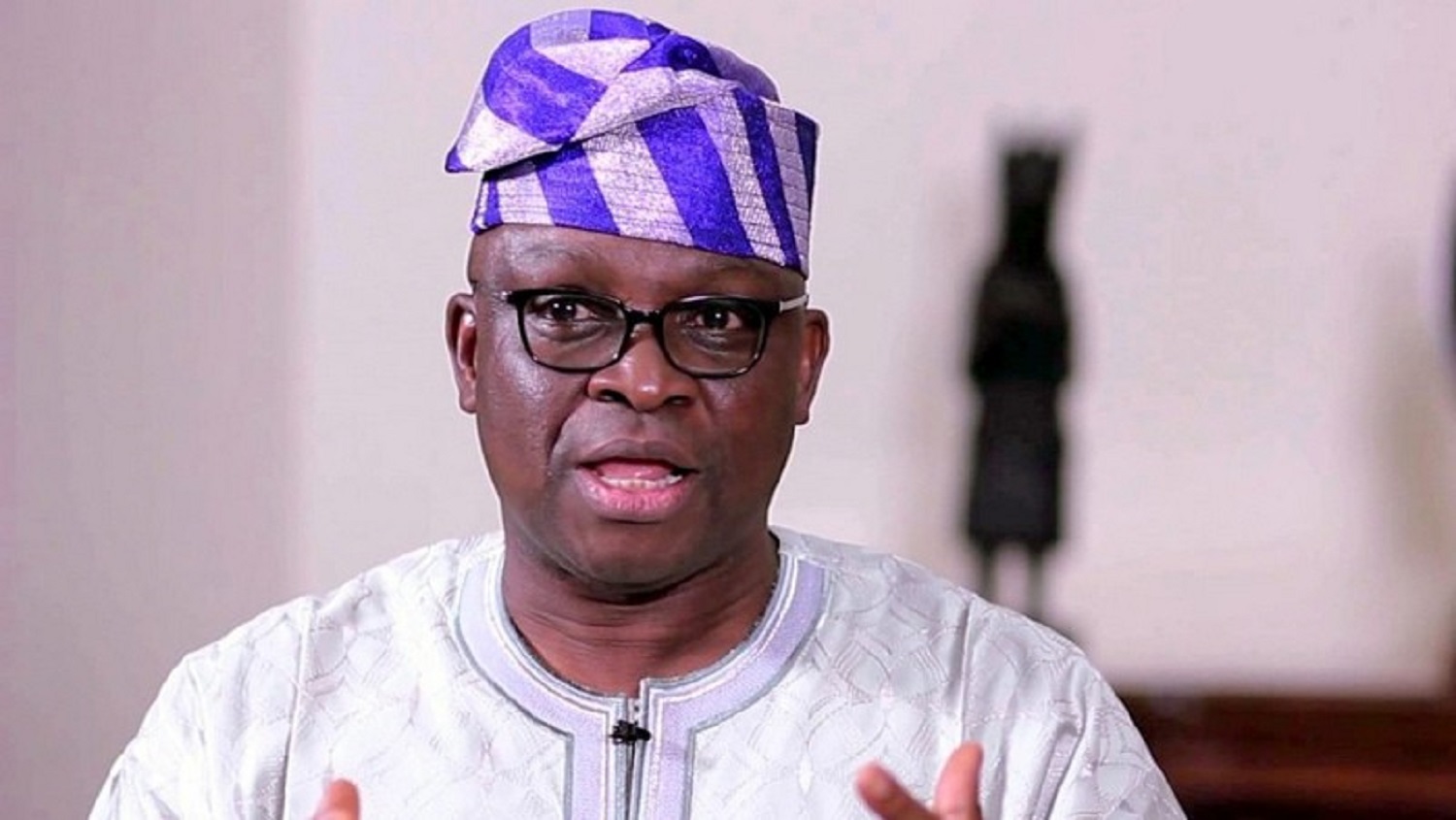 Fayose and his company were re-arraigned before Justice Chukwujekwu Aneke for alleged money laundering and non-declaration of his assets.In the amended charge, Fayose and one Abiodun Agbele, who is also standing trial on alleged money laundering offences before another division of the court, were alleged to have on June 17, 2014, taken possession of N1.219 billion to fund Fayose’s 2014 gubernatorial campaign in Ekiti State.

They were accused of committing criminal breach of trust, theft and stealing of public funds.

They were also alleged to have on the same June 17, 2014, without going through financial institutions, received $5 million from Senator Musiliu Obanikoro, who was the Minister of State for Defence.

In the charge, the EFCC alleged that Fayose on April 7, 2015, retained N300 million in his fixed deposit account domiciled in a bank.

Fayose and his company, Spotless Limited, were also alleged to have between June 17 and August 4, 2014, taken control of N317 million, and deposited it in the same bank with a different account number.

The former Ekiti State governor was also alleged to have between June 26 and August 27, 2014, took control of N305, 760,000, which formed part of proceeds of unlawful act. He was also accused of procuring Abiodun Agbele and a company, De-privateer Limited, to retain N719,490,000 in the bank.

He was also alleged to have between October 16 and December 31, 2018 failed to declare his assets and property by not completing the declaration form during investigation.

Fayose denied the allegations and pleaded not guilty to all 11 counts of charges.

Prior to his re-arraignment, Mrs. Joanne Tolulope, the 11th prosecution witness, while being cross-examined by the defence counsel, Mr. Ola Olanipekun (SAN), affirmed that her company, Still Earth Limited only dealt with Agbele.

Meanwhile, the trial continues today, as the EFCC will be calling its 12th witness.