ASCAB, led by human rights lawyer and Senior Advocate of Nigeria, Femi Falana, stated this at a public meeting it held with other civic groups, including The Coalition of Northern Groups and The National Youth Democratic Association. 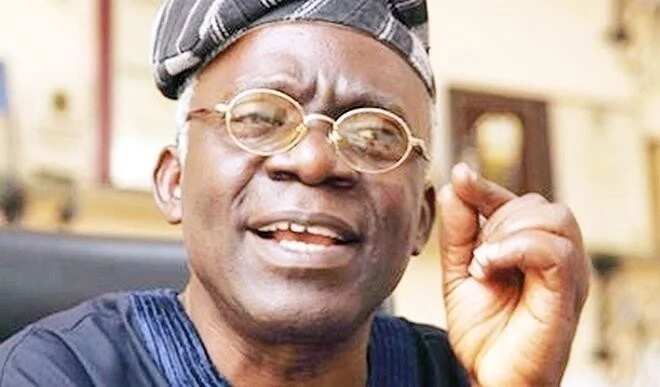 The Alliance on Surviving COVID-19 and Beyond, with leader Femi Falana, has said that a way to end the incessant herdsmen-farmers’ crisis is to abandon open grazing and move to enclosed forms of cattle rearing such as ranches.

ASCAB, led by human rights lawyer and Senior Advocate of Nigeria, Femi Falana, stated this at a public meeting it held with other civic groups, including The Coalition of Northern Groups and The National Youth Democratic Association.

The theme of the Public Meeting was: Insecurity and the Failure of Governance in Nigeria; Exploring the causes and options for Transformation.

The meeting agreed that insecurity in Nigeria had become endemic and a routine, and in recent times had assumed pandemic proportions, due to the failure of the government.

ASCAB and the groups noted that the “ruling class has failed collectively, in its role of providing class leadership, and on such a scale as to threaten the collective existence of the country and the people.”

In a release by ASCAB interim Chair, Femi Falana, the meeting resolved that policing must be decentralised and policing authorities devolved to ensure the establishment of policing jurisdictions at national and sub-national levels.

ASCAB said, “The police as an institution must be enabled and capacitated to deliver on its mandate as the lead agency in internal security. A timeline for the withdrawal of the military from the internal security role should be drawn up, and a comprehensive programme to ensure that the police (various police jurisdictions) are able to fill the gap must be put in place.

“An implementation plan for the Police Act 2020 must be put in place immediately, with the Nigeria Police Council inaugurated, and its meeting convened immediately to discuss the internal security and policing challenges facing the country, commission and consider and take action on the report of nationwide insecurity risk and threat assessment.

“The Nigeria Police Council must become operational and functional. The appropriate place to discuss insecurity and take action is the Nigeria police council, chaired by the president and comprising all the governors of the 36 states of the federation, and not the National Economic Council as it is presently being done.

“Towards this end, the state must be retooled and overhauled to become a provider and enabler of basic social services, ensuring universal access to all citizens and residents.

“In the specific case of the herders – farmers crisis, a comprehensive plan to enable assisted transition from open grazing method of cattle rearing to enclosed forms of cattle rearing through ranches and cooperative ranching will have to be put in place and faithfully implemented.”

They agreed to launch a nationwide campaign to demand that government ensures the security and welfare of the people.