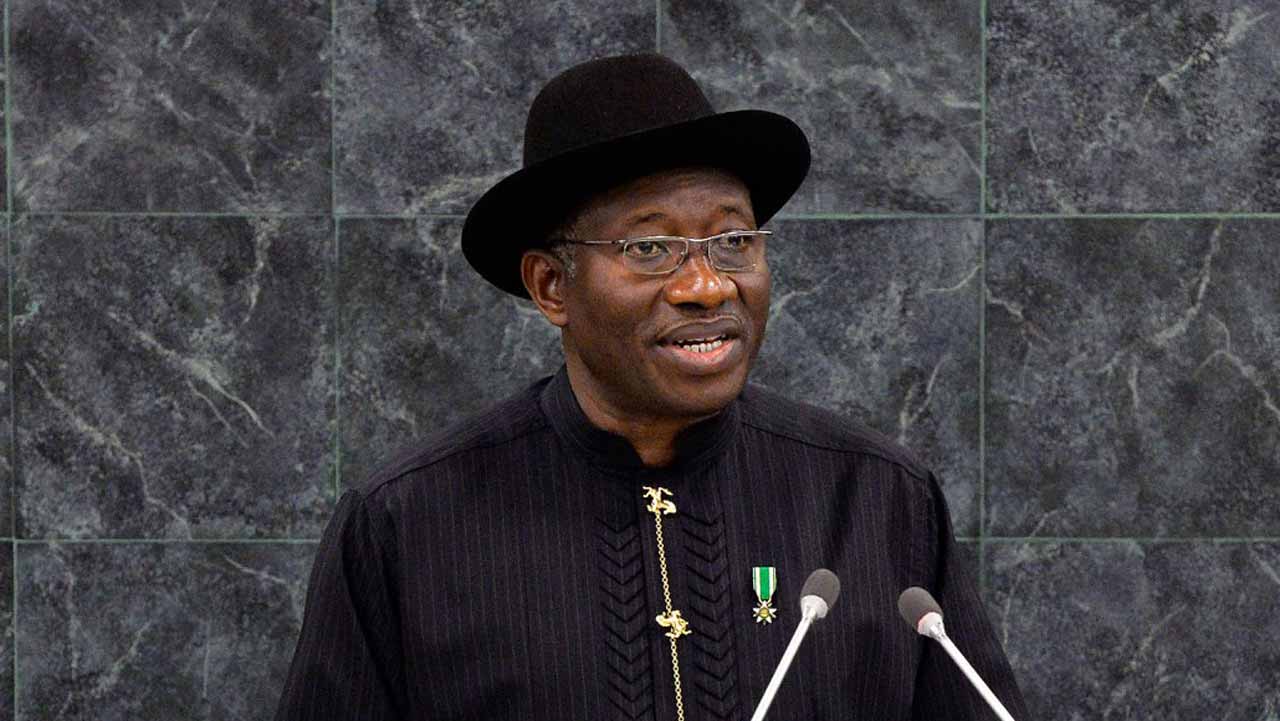 Jonathan stated this on Friday when he led his course mates, the 1981 Class of the University of Port Harcourt Alumni on a visit to the Oil and Gas Industrial Park, at Emayal 1 in Ogbia Local Government of Bayelsa.

The News Agency of Nigeria (NAN) reports that the former president Goodluck Jonathan and his classmates, also visited their former lecturer, who was the first Deputy Vice-Chancellor of University of Port-Harcourt, Emeretus Prof. E. J. Alagoa, in his home town.

“When I was deputy governor in 2000, I led the Bayelsa trade delegation to China, because we came from an oil producing area.

“They took us to their oil city and if you go to the city, you will be happy with the oil operations, there are oil wells in the front of offices and houses.

“Their oil wells are very shallow, something like pumps and then you see the oil pumping in front of the houses with grasses green.

“When they took us round oil operations from manual to hi-tech, the key thing I learned from that China movement in 2000 was that oil was discovered in commercial quantity in Nigeria in 1956 by western companies.

“Oil was also discovered in commercial quantity in China in 1958, two years after they discovered oil in Nigeria by the same western companies.

“But by the year 2000, up to 80 per cent of the components and the needs of oil industry, China produces them within the country, but in Nigeria, if Agip needs one thing, they will go to Italy or France, if it is Shell, they will go to Netherlands.

“So, I was determined that for us as a nation to gain from oil industry, at least 80 per cent of needs of oil industry should be produced in this country, by divine precedent I became a president.

“I felt something must be done, the idea of local content is to ensure that at least 80 per cent of the needs in the oil industry is produced in this country, so, that was my vision then,” he said.

During the courtesy visit to Alagoa, the professor said that he was delighted for the visit of class 1981.

Goodluck Jonathan stated that he never believed that such a day would come when all the students of 1977 to 1981 set would come to visit him.

Alagoa, said after 40, they still had the heart to reunite with themselves, saying it was a commendable feat.

He urged them to always keep the unity amongst them strong and to see themselves as one united family.

Next
AIG approves dismissal, trial of cop involved in shooting incident in Enugu