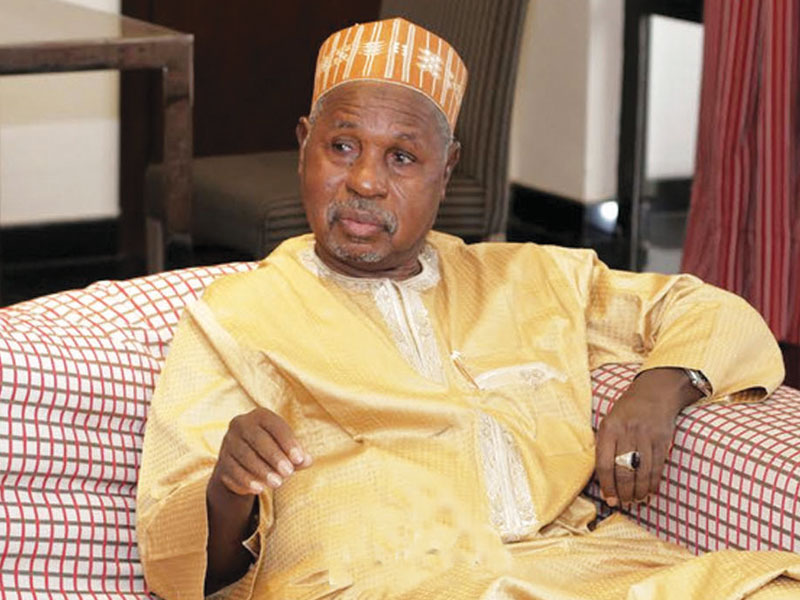 Nigerians are particularly embittered that the governor (Masari), whose state has borne a great brunt of the activities of terrorists commonly called bandits, can make the claim in the face of an alleged deteriorating insecurity in the country.

They also feel that though Governor Masari might have said that just to be politically correct and remain in the good books of the presidency, he should have at least considered the memories of the several indigenes and residents of Katsina that have lost their lives to banditry, the many students who are still traumatized and afraid to return to school because of what they experienced in the hands of bandits during their abduction and the many villages in the state that may never be able to recover from attacks carried out by the murderous criminals.

The Katsina Governor stirred controversy during an appearance on Channels Television on Wednesday, when he compared security in 2015 with the current situation, declaring that things are far better.

He said: “When we started in 2015 in the North-West, it was cattle-rustling. Gradually, it now developed into banditry, rape, kidnappings. When all that they (bandits) can steal from the villagers along the fringes finished, they moved to the rustling of goats, sheep, and even chicken.

“Is the situation the same today? It is not…Yes, there are kidnappers, there are bandits around but look at the whole world and look at the position of Nigeria in the Sahelian region. Are we not the richest? So, the attraction even for kidnappers to come to Nigeria is there. If you kidnap somebody in Mali, where are you going to get thousands? If I kidnap you in Nigeria, I get millions. So, all of us will have to rise to the occasion.”

Many who responded to questions on the security situation in the country viz-a-viz Masari ’s claim, said the governor may probably be talking about another country and not Nigeria. According to them, things have never been this bad.

Deborah Mashark, in her response, believes Masari must be living in a ‘fool’s paradise’ to have claimed that security is better today than it was in 2015. According to her, things have never been this bad, with palpable fear enveloping the entire country.

“I watched the interview on Channels and was wondering all through if the governor is from another planet or maybe he was talking about another country. Even children know there is trouble in the land, a great ongoing disquiet. Nigerians in villages and smaller towns are daily living in fear of bandits or herdsmen attack, while those in the cities are held down there and afraid to venture out of their “secured” area because of the fear of the unknown.

“I can’t even think of travelling by road to my home state, Plateau and I do not have the means to fly there. Even if you fly to Jos, won’t you still travel by road to the village? And I am not the only one in this situation, as even those from the South-West and resident here in Lagos are also afraid. Those who still travel to their home state in the region, do so in fear. So where is the improvement in security. Governor Masari must be told in clear terms that things are far worse for the country in every way than it was in 2015,” she said.

Also responding, Alade John, a media practitioner, said he was not surprised by the comments made by Masari because that had been the trademark of Nigerian governors.

According to him, Nigerian governors, except very few of them, are ‘lame duck’, who try consistently to be politically correct and remain in the good books of the presidency.

“Most Nigerian governors have this servant-master mentality when dealing with the Federal Government, forgetting that they are chief executives of federating units, with powers assured by the constitution. They have forgotten that their states form part of the legitimacy the federal government enjoys, because without the states, the federal government cannot be there, at least not in isolation.

“It is this same servant-master mentality and disposition that has brought the country to where it is today. They see the president as the almighty that can do no wrong and that must not be criticized or told the truth about the situation in the country. Because of this, even when things are going wrong, they tend to smile and tell the President he is the best thing that ever happened to the country since independence. This is one of the major reasons security has so much degenerated to the point where it is today.

“The loyalty of these governors are unfortunately to the President rather than to their people, and so as their people continue to wallow in pains occasioned by insecurity, they cannot speak out. It is a terrible situation, I must confess,” John submitted.

According to Adekoya Ogundele, Governor Masari must have been suffering from selective amnesia when he featured on the Channels Television programme, choosing to forget what Nigerians, especially those in Katsina his state are facing.

“Governor Masari chose to forget the many killings, kidnappings, attacks on communities and the abduction of over 300 Kankara school boys. He also chose to forget that he had once cried out to the federal government to declare a state of emergency in Katsina State.

“It is within the governor’s right to choose what he wants to remember, however, it is wrong for him to pull a wool over our faces and blatantly or intentionally mislead those not too informed in the society just of partisan politics. That is what is morally wrong and unacceptable.

“It is also instructive to note that the governor actually contradicted himself when he said in the beginning that the current problem started with cattle rustling and raid on communities by bandits to steal all they could, including goats and chickens but has now degenerated to VIP kidnappings. So where is the improvement in security, if those who were rustling cows, goats and chickens now kidnap VIPs and student for ransom? I believe that was very contradictory to his claims,” Ogundele said.

On his part, a banker, who does not want his name mentioned said the problem is not actually President Buhari, but people who have a wrong understanding of loyalty. According to him, the major problem of the current administration and its inability to surmount the many challenges confronting the country is the greater havoc being done by people he described as blind followers and false praise singers.

“Nigeria may never be able to honestly come out of the woods until people, especially those that matter begin to tell the President the truth. Loyalty does not stop you from saying things the way they are. In fact, it is gross disloyalty if you ‘sugar-coat’ things for the leader because you would have succeeded in beclouding his appreciation of issues and impaired his sense of judgment. That’s gross disloyalty and unpardonable in some climes.

“Unfortunately, Nigeria is a perfect example of where such thrives. Governors, advisers, ministers and even the leadership of the legislature have not been fair to President Buhari because of their wrong appreciation and application of the concept of loyalty. They are the real culprits of the current sad situation in the country. Until we can change, the road to recovery and stability may be long and tortuous,” he submitted