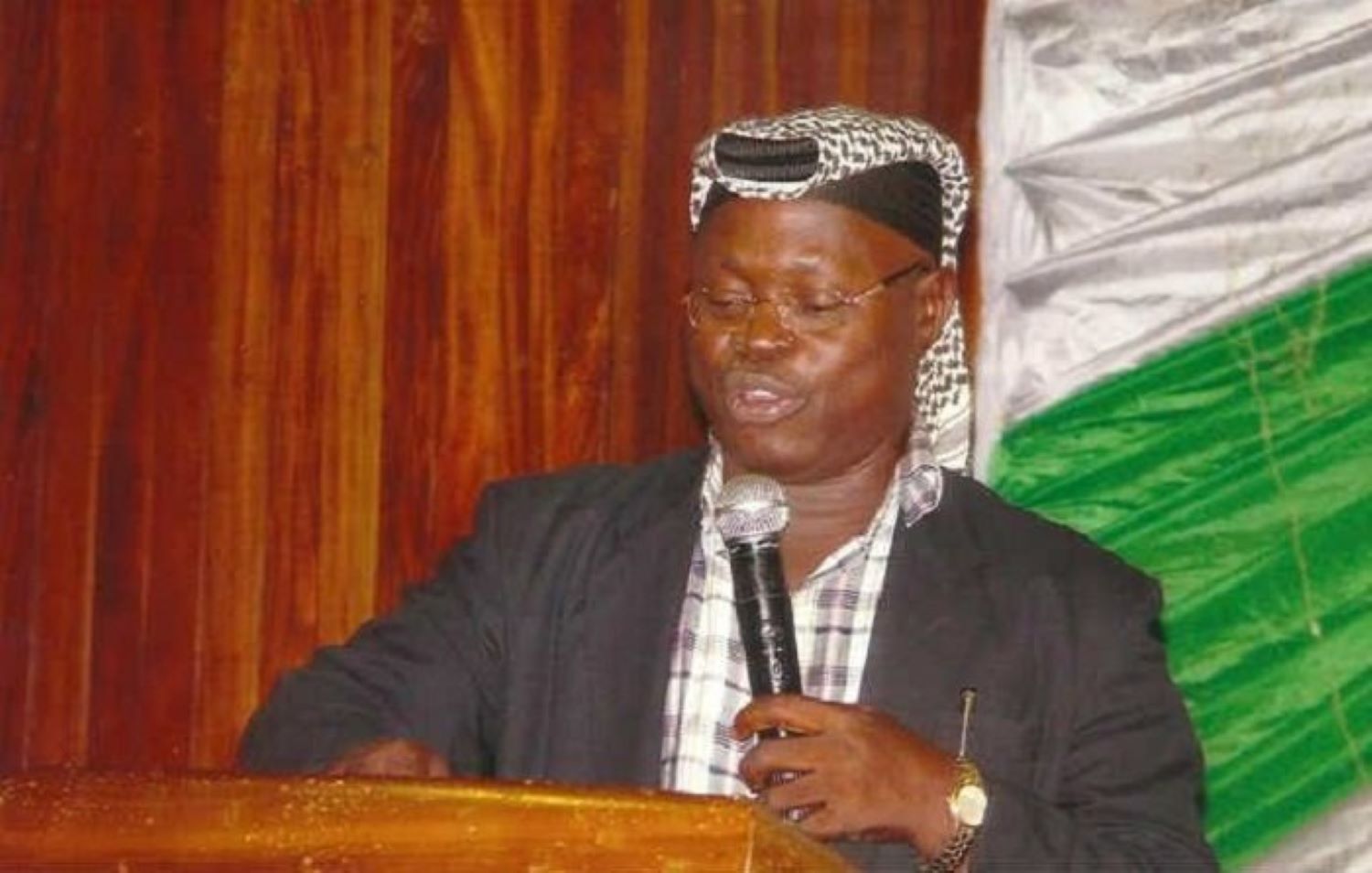 Akintola, MURIC Director, stated that the ex-Senator is among other agitators and bad losers for instigating the insecurity under the Muhammadu Buhari administration.

In a press release submitted on Thursday, MURIC accused bad losers of inciting citizens against the Nigerian Government.

The Islamic cleric maintained that the Saraki-led Senate on April 6, 2018, rejected President Buhari’s request for $1 billion for the purchase of arms.

“Bad losers among the politicians are hell-bent on ensuring that the present administration fails. There are also anarchists whose main objective is to sabotage security facilities,” he claimed.

According to Akintola, the decision was a “deliberate attempt” to aggravate the government’s determination to secure the nation.

“Nigerians would have witnessed a drastic improvement in the security situation had that request been granted.

“But the unpatriotic elements in the Senate ensured that the request was blocked. The same politicians turned round to blame Buhari for the worsening security situation,” Akintola said.

The statement stressed that the government’s efforts were sabotaged during the #EndSARS protests in October 2020.

It said the release of prisoners, the burning of police stations and the looting of police armoury were meant to cause havoc.

On the assault on Imo State Police Command headquarters, Akintola said it was to ensure security challenges persist.

The organisation said the attack on Owerri prison where 1,844 prisoners were released confirmed “the diabolical objectives of the anarchists”.

The MURIC director urged citizens to expose enemies of peace, adding that nobody should think that another leader has the magic wand.

But contrary to the claims made by MURIC, the National Security Adviser, Maj Gen Babagana Monguno (retd), had insinuated that the money was released but unaccounted for under the Buhari regime.

Monguno in March raised an alarm that the funds meant for the purchase of arms to fight Boko Haram and other security challenges in the country was missing. Although under pressure, he later recanted that he was misquoted.
In an interview he granted to the BBC Hausa, Monguno had said, “We don’t know where the money went to. The president has given out some money for equipment but they are yet to arrive. The president has done his best by ensuring that he released exorbitant funds for the procurement of weapons which are yet to be procured, they are not there. Now the president has employed new hands that might come with new ideas. I am not saying that those that have retired have stolen the funds, no. But the funds might have been used in other ways unknown to anybody at present.

“Mr President is going to investigate those funds. As we are talking with you at present, the state governors, the Governors Forum have started raising questions in that direction. $1 billion has been released, and that has been released, and nothing seems to be changing. So I assure you that the president will not take this lightly.

“The funds are nowhere to be found and the weapons have not been seen and the newly appointed service chiefs have declared that they have not seen the weapons. Maybe they are on the high seas, on their way coming from wherever they were purchased, from the US or Europe, but for now, there is nothing on the ground. I have not seen anything the service chiefs have also not seen anything.”