Amata, a controversial Pentecostal figure in Zambia, was arrested and tried in 2018 on drug charges but was acquitted by the court. The Nigerian Prophet is known for prophesying on political matters in the country. 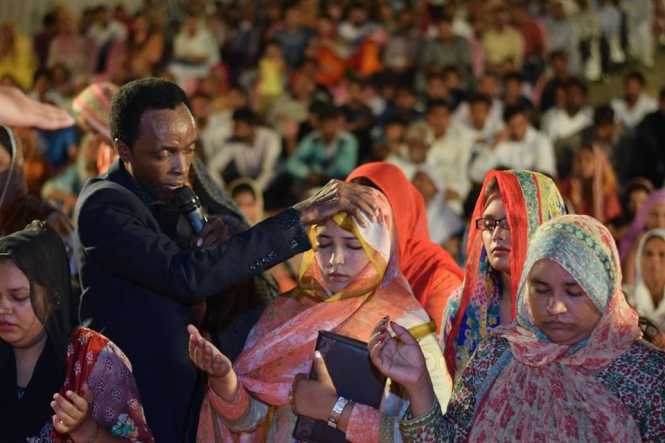 Isaac Amata, a Nigerian prophet, who is the national coordinator of Zion Fellowship International—a popular Nigerian church in Zambia— threatened the country’s President, Edgar Lungu, that he will lose his reelection bid in August if his visa rejection is not reversed by the Zambian immigration.

Amata made the statement in a video posted online on Tuesday as shared by Zambian Observer.

He said, “I just received a message from my Zambian national coordinator, that my visa application to visit my church in the nation of Zambia was rejected.

“What audacity! For a prophet who has been a blessing to the nation of Zambia since 2016 rejected, for what reason? And the Lord is saying, ‘Speak! To the leader…Edgar Lungu. You know about it or not…You reject my prophet, I reject your victory in August 2021 unless you reverse it.’ This is the word of God to the nation of Zambia.”

Reacting on Thursday, however, Zambia’s Ministry of Foreign Affairs in a statement by its spokesperson, Nephas Chifuta, cautioned The Nigerian Prophet, Amata.

Chifuta said the reason for the visa denial was communicated to Amata and had nothing to do with President Lungu; and that, while freedom of expression was guaranteed in Zambia, it must be anchored on sincerity. Government, he added, would take appropriate legal action on the matter.

Amata, a controversial Pentecostal figure in Zambia, was arrested and tried in 2018 on drug charges but was acquitted by the court. He is known for prophesying on political matters in the country, including on the president’s election.

Similarly, another Nigerian prophet in Zambia, Andrew Ejimadu, who is popularly known as Seer 1 faced a constant row with the Zambian president, whose victory he equally prophesied in 2016. He was deported from Zambia following a rape allegation and a fallout with the government.

For “constantly attacking” the Zambian president from his new base in South Africa, Zambia last year called on the Nigerian government to caution him