According to Ohanaeze Youth, Igbo people will be left with no option but to resort to self defence which may eventually lead to fragmentation of the country 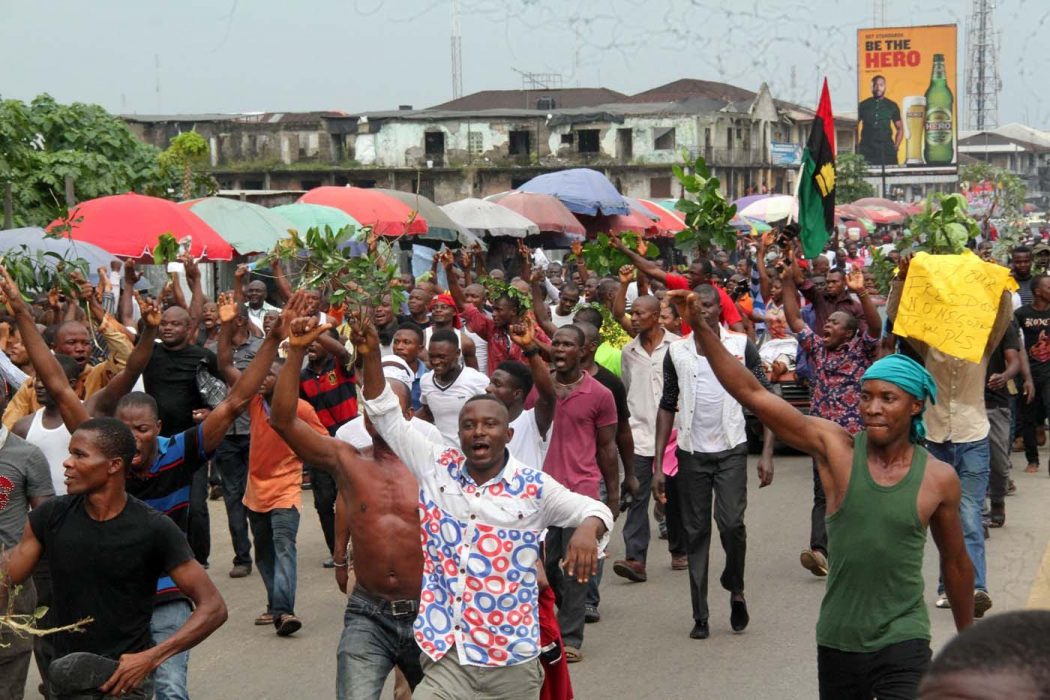 The Ohanaeze youth wing of the apex Igbo socio-cultural body, the Ohanaeze Ndigbo has given a 48-hour ultimatum to every Fulani with AK-47 in any part of the South-East or be treated like “bush amimals”.

According to Vanguard, a former Deputy Inspector General of Police, DIG Celestine Okoye, had in a media interview, said that “there are 332 Fulani herdsmen settlers heavily armed with AK47 rifles across the five states of the South East zone waiting to unleash terror on Ndigbo.”

He therefore, warned “all Fulani herdsmen with AK47 rifles to immediately vacate their hidden locations in Igbo land within 48 hours or risk being treated like bush animals wherever they are sighted with weapons.”

OYC accused President Muhammadu Buhari and the security agencies of maintaining criminal silence over the disturbing revelation, saying they should be held accountable for any security breach or genocidal attack in Igbo land.

According to OYC, Igbo people will be left with no option but to resort to self defence which may eventually lead to fragmentation of the country.

Igboayaka in a press statement by his Special Assistant on Media and Publicity, Chukwuemeka Chimerue, said any tribe plotting to attack Ndigbo now might need to prepare well.

He said, “President Buhari and his security agencies who are aiding and abetting the crimes of criminal Fulani herdsmen should understand that they have done everything necessary to ensure Nigeria’s disintegration.”

The statement continued: “This revelation is in line with a recent research made by International Society For Civil Liberties & The Rule Of Law(Intersociety), one of the leading civil society groups in Nigeria wherein they published that 433 locations in Igbo land are domiciled by these dreaded Fulani herdsmen waiting to attack the entire old Eastern region.

“Buhari and his kinsmen have divided Nigeria, leading the country into anarchy, tribal hate and crisis.”

He therefore urged the President and his kinsmen to have a rethink “on their covert Fulanisation agenda and ethnic cleansing of other nationalities in Nigeria”, adding that “the Fulani who are not more than seven million in population and cannot successfully conquer over eighty million Igbo”.

“Fulanis should get ready to contend with the forces of all the ethnic nationalities in Nigeria if they go ahead to embark on this impending attack against Ndigbo.”