In a Facebook video, one of Olayomi Koiki’s representative paid a visit to a primary school, taking along customised Oduduwa Republic books on which was written the proposed anthem and short notes on Yoruba culture 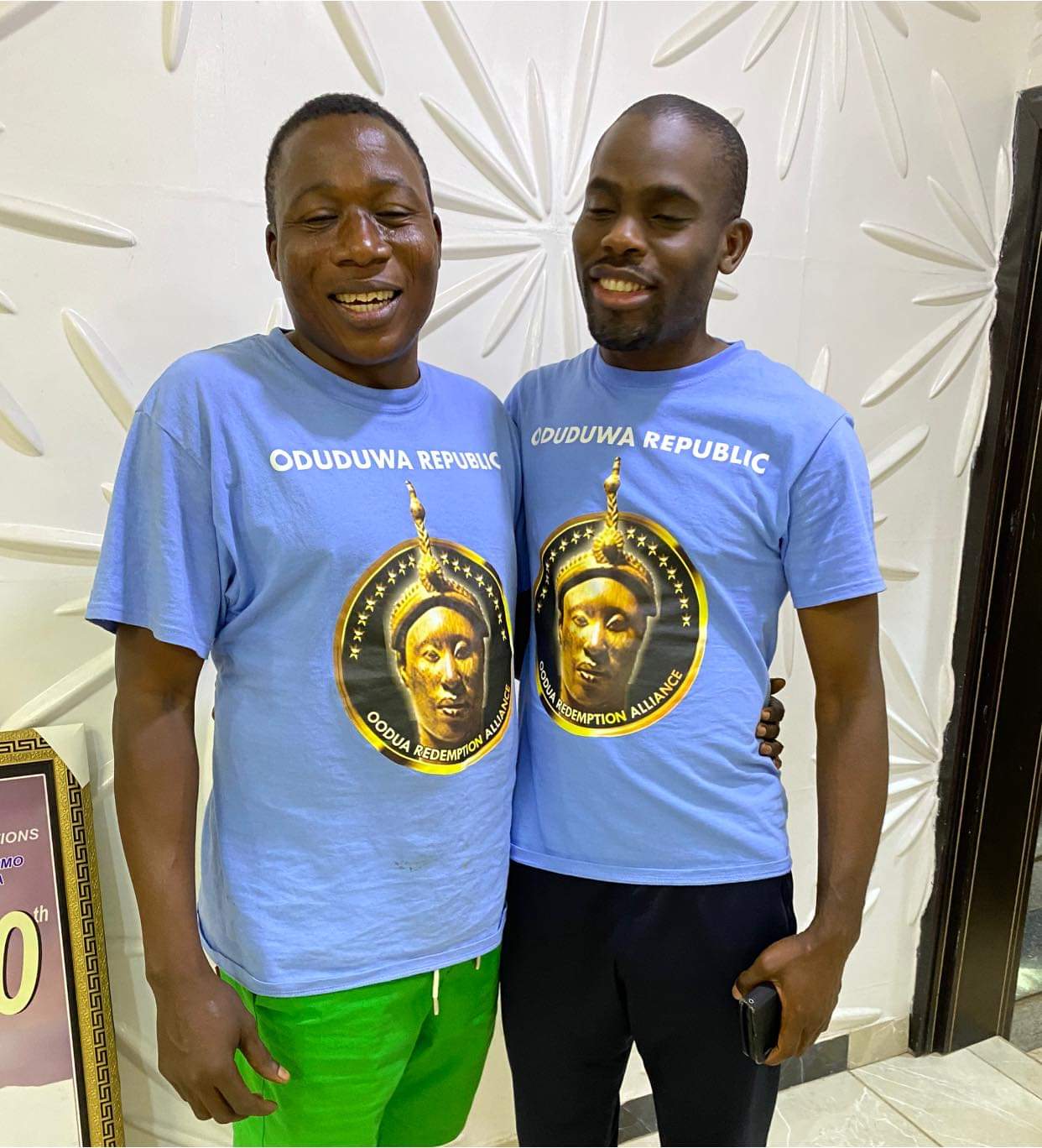 Olayomi Koiki, media aide to Yoruba freedom fighter, Sunday Adeyemo, popularly known as Sunday Igboho, on Tuesday went to schools to sensitise schoolchildren to the need for self-determination for the South-West region.

Olayomi Koiki’s representative was seen in a classroom sensitising over 20 pupils to the customs and traditions of the Yoruba nation.

He said, “We want self-determination so we can be free from slavery, those at the helm of affairs in Nigeria lie to us. They claim we are future leaders but their actions state otherwise. We have decided that our young ones must be successful, but we thought, how do we achieve that? We reasoned that if we remain under the country, Nigeria, this might be unattainable because all our resources have been embezzled by the Fulanis.

“If we complain, we’ll be asked to keep quiet. The Fulanis go to farms, rape our women, kill our people and those who manage to escape, don’t escape unhurt. We felt an end should come to all of these.”

He further taught the students and teachers the proposed Oduduwa Republic national anthem and encouraged the pupils to inform their parents of the struggle for the independence of the new nation.

Meanwhile, a group on Twitter representing the interest of the Yorubas @OdudwaRepublic had once said that agitations for self-determination would rely heavily on human capital investment.

ALSO READ  Oyedepo rejects CAMA, insists no one can appoint a trustee over his church

According to the group, to achieve economic growth and development of the republic, human capital is very vital.