Three days after Nigeria began vaccination for coronavirus, there are concerns that fake and illegal COVID-19 vaccines may soon flood the Nigerian market if the Federal Government did not tackle the situation urgently. 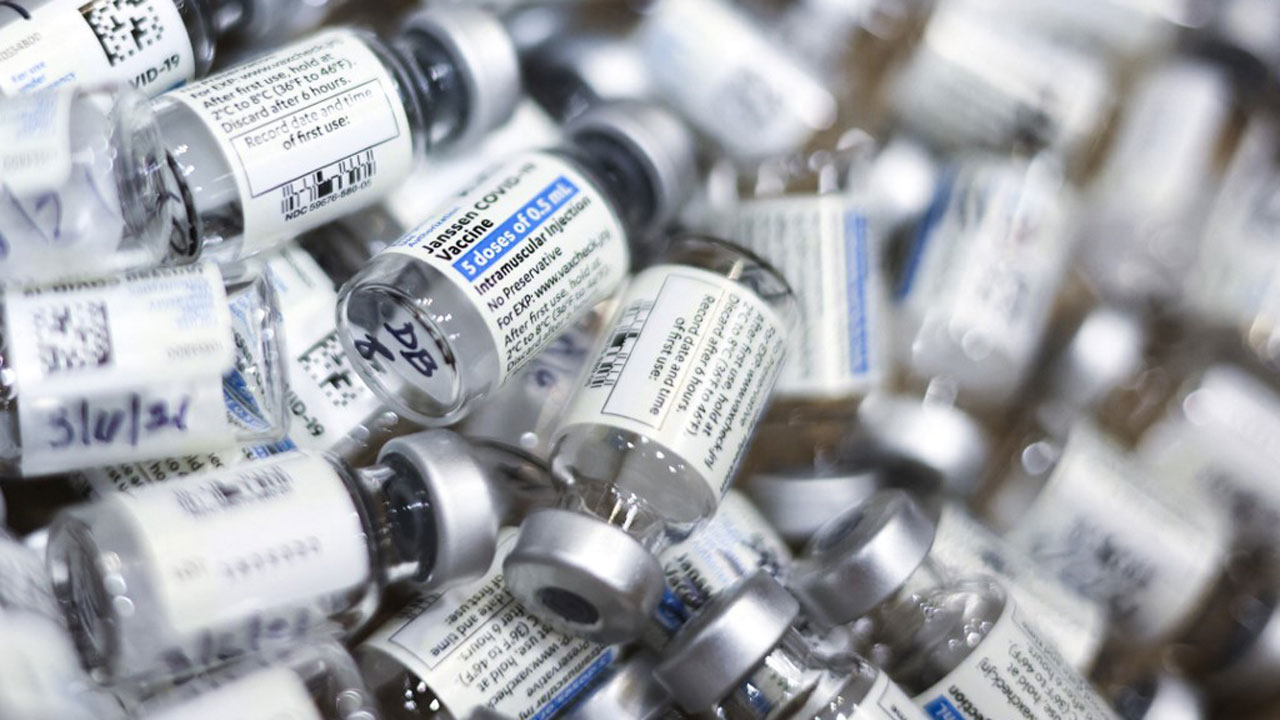 The anxiety was heightened, last week, when the global police organization, Interpol Police, in China and South Africa reportedly seized thousands of fake doses of the COVID-19 vaccine, warning this represented only the “tip of the iceberg” in vaccine-related crime.

The Lyon-based agency Interpol said 400 vials – equivalent to around 2,400 doses – containing the fake vaccine were found at a warehouse in Germiston outside Johannesburg in South Africa, where officers also recovered fake masks and arrested three Chinese and a Zambian national.

The situation has raised questions about readiness of Nigeria to prevent fake vaccines from getting into the country, a situation that could increase concerns about efficacy and apathy.

The Guardian investigation revealed that real the challenge for government is that there are no enough vaccines. Some travellers may become so desperate to be tempted to take from the black market, which might encourage its smuggling.

Health Minister, Dr. Osagie Ehanire, told The Guardian yesterday: “Nigerian government issues vaccination certificates with QR code you can scan for authenticity. The President and Vice President were issued QR coded certificates, valid after they get the second dose.”

Ehanire had told journalists on Tuesday: “All questions can be directed to the Ministry of Health and NPHCDA, but this is not a time to work at cross purposes; it is not a time to be making private arrangements for vaccine procurement and administration. Vaccines that are not approved by the National Agency for Food and Drug Administration and Control (NAFDAC) will be determined as dangerous, and will be seized by Customs Services and NAFDAC, who are on high alert for illegal vaccine importation.”

Ehanire said that manufacturers of vaccines require an official indemnification to be able to use their product, which Nigeria has provided for the COVAX facility, adding that vaccines from other sources must first have NAFDAC’s Emergency Use Authorisation, and are not covered under the indemnification arrangement warning that such vaccines will be illegal and therefore subject to be impounded by NAFDAC and Customs.

The Guardian reliably gathered that NAFDAC, the regulatory agency that gave the Emergency Use Authorisation (EUA) for the vaccine, has also put in place track and trace mechanisms, including code bars etc. to prevent infiltration of fake vaccines.

Director General, Nigerian Institute for Medical Research (NIMR) Yaba, Lagos, Prof. Babatunde Salako, said: “Government has warned that there are already fake vaccine around and that people should take vaccine only from government facilities. People should also be patient, as more vaccines will come into the country, just as government is still negotiating with other vaccine manufacturers to provide adequate vaccine for at least 70-80 percent of Nigerians.”

Salako added: “No country is requesting COVID-19 vaccine certificate as far as I know so, there should be no reason for anyone to seek for fake vaccine.”

A virologist and vaccinologist and leader of COVID-19 vaccine task team of the African Vaccine Manufacturing Initiative, Dr. Simon Agwale, told The Guardian: “As National Primary Health Care Development Agency (NPHCDA) officials plan for nationwide distribution of the long-awaited vaccines, ensuring that vaccines are authentic could emerge as an important issue. To the naked eye, there’s no discernible difference between the potentially life-saving liquid inside a COVID-19 vaccine vial and any other clear liquid. Also, not even the professionals tasked with administering the vaccine will be able to test on the spot if the liquid contains the authentic COVID-19 vaccine.”

Agwale said there should therefore be a clear message that any COVID-19 vaccine, which is not through the government channels, at least for now should be considered as counterfeit.

He added: “Tracking transactions will be a good strategy the regulators can employ to disrupt chains of counterfeit COVID-19 vaccines. My understanding is that the NPHCDA has developed a portal, which will enable citizens to be registered and the portal should be made available in addition to vaccine certificates. This should be similar to our international passports.

“From available information, NAFDAC is using a tracking system to monitor COVID-19 distribution nationwide, which is one of the safeguards in place to prevent counterfeit vaccines from coming into the country.

“Further, people should be educated to know that there is serious vaccine shortage globally and no organisation has access to COVID-19 vaccines outside the well-established channels. This will certainly change after the pandemic is over and when more vaccines become available.

“I will always emphasize the need to build our capabilities to develop and manufacture vaccines locally. This will certainly make the work of NAFDAC and others a lot easier since the regulation of locally manufactured products is easier than those that are imported.”

MEANWHILE, the Guild of Medical Directors (GMD) has called on the National Agency for Food and Drug Administration and Control (NAFDAC) to put robust surveillance network in place to check importation of fake COVID-19 vaccines into the country.

GMDs urged NAFDAC to ensure that all batches of Covid-19 vaccines imported into the country are tested before being deployed into the general population.

However, the GMD disagreed with the government over the choice of vaccine brought into the country.

It argued that the AstraZeneca vaccine has to be stored between temperatures of +2OC to +8OC with two doses needed while the Johnson and Johnson COVID-19 vaccine on the other hand is stored in a normal fridge and only one dose is needed.

President of the Guild, Prof Olufemi Oladokun-Babalola, told The Guardian said: “It is unfortunate that already some miscreants are already faking vaccines. This is a crime that should carry the death penalty.

On whether the Guild has any fears regarding government’s ability to store the vaccines at appropriate temperature especially at the local and ward levels, Dokun-Babalola said: “ I do not know how much cold storage facility Government has deployed. Government has spent N300 billion just to purchase vaccine. If that sum were invested in our hospitals, they would have been transformed! Instead we have enriched other countries, while starving Nigerian researchers of funds.”

ALSO reacting to the concerns that fake vaccines may soon find its way into the country, security experts have called for strict monitoring of the nation’s air, land and sea borders to prevent the merchandising of the vaccines.

A security consultant, Dipo Kehinde, said: “Government should be the sole receiver and administrator. The vaccine must not be allowed to become an all-comers affair or merchandise. It must be free, and it must be administered by government’s health and monitoring agencies like it is done in the United States.

Managing Director of Strict Guard Security, Dr. Bone Efoziem Chinye, said: “Beyond government’s regulation through its agencies, citizens can help with the control through obedience to vaccination regulations, i.e. use of only authorised outlets and early provision of the vaccine to the less literate and rural areas, who may easily patronize such fake vaccines. There will only be drive for fake vaccines when there is patronage.”

Deputy Inspector General of Police, DIG Taiwo Lakanu, said: “It is an aspect that bothers on preservation of life. Saboteurs, if caught should be awarded punishment that would serve as deterrence to like-minded criminals. Agencies should exercise collaborative strategies and operational synergy that will encapsulate traders of dubious intention.

“Actionable intelligence and collaboration amongst agencies spearheaded by NAFDAC can conveniently nip this in the bud. Enlightenment coordinated by the Ministry of Information pointing out the health hazard of pushing in and taking fake vaccines will further stem the tide”.

Another security consultant, Yinka Sani, said: “The reality is that Nigerian government needs to do more because the country’s border is the most porous in the world. There must, as a matter of urgency, be a sensitisation campaign at all entry points. Secondly, there must be a blanket ban on medicine without seal and security code to trace its origin. Also vaccine should be subject to laboratory test to determine its genuineness and potency.”

Lagos State governorship candidate, Jimi Agbaje, said: “Since vaccines are generally not available except through government and its agencies, the best advice is to take COVID-19 vaccines from only government approved channels. In any case, the Nigerian government has stated clearly it will not grant permit for importation of vaccines by the private sector”.