Prince Philip Mountbatten, the Duke of Edinburgh and Queen Elizabeth II were married for 74 years up until his death on Friday 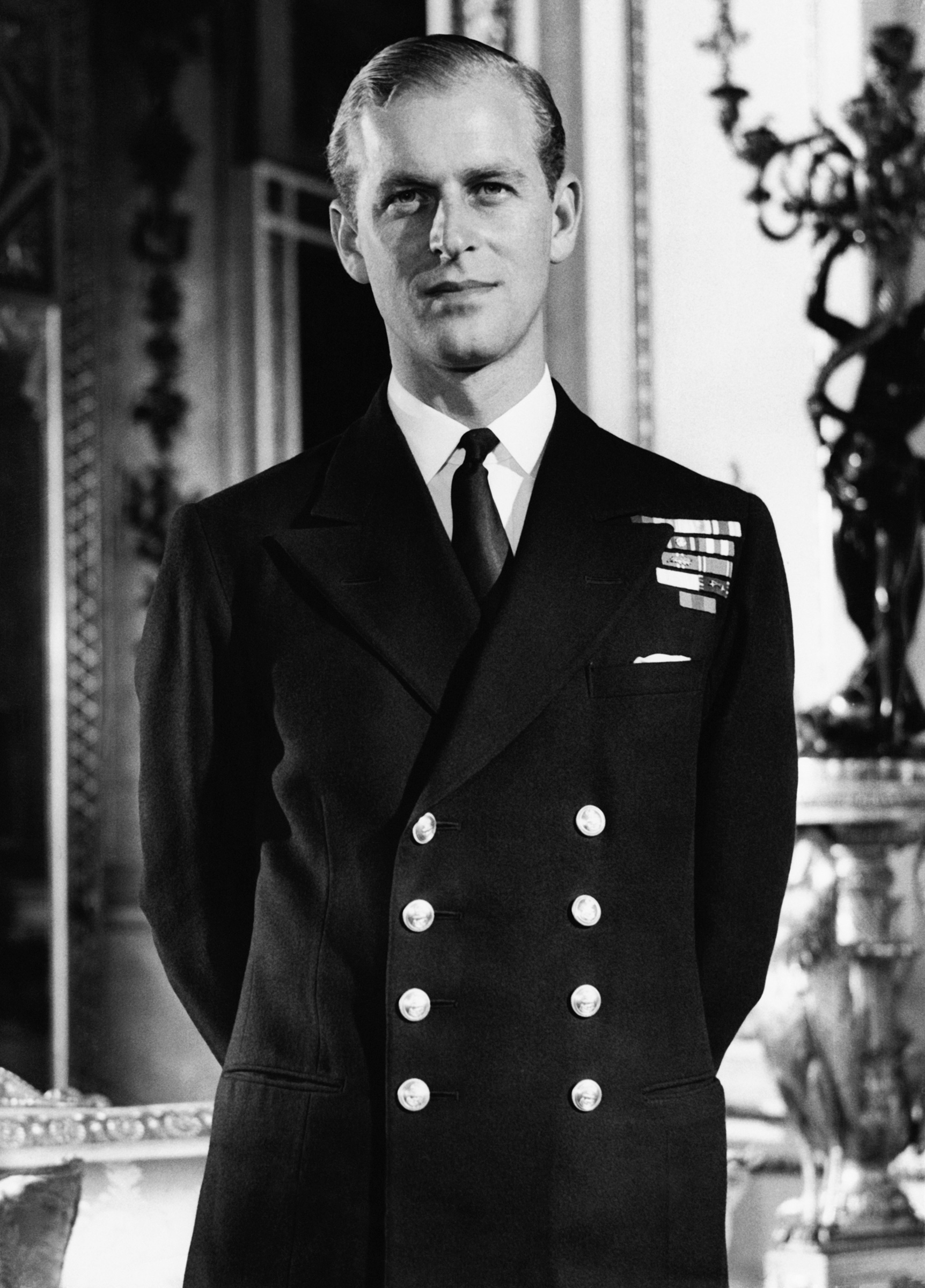 Born into the Greek and Danish royal families on June 10, 1921 in Greece, Prince Philip, along with his family, were in 1922 exiled from Greece following its defeat in the Greco-Turkish war and the overthrow of the monarchy.

The Duke was carried onto a Royal Navy warship in a wooden fruit box and was evacuated to France, where he and his family settled in Paris.

Following his earlier education in France and Germany, Prince Philip moved to the UK, where he enrolled at the Gordonstoun School in Scotland.

Upon the completion of his military service in 1946, Prince Philip married future monarch Princess Elizabeth in 1947 at London Westminster Abbey and was bestowed the titles the Duke of Edinburgh, earl of Merioneth, and baron of Greenwich.

The couple had first met as children in 1934 at the wedding of Philip’s cousin, Princess Marina, to Prince George, Duke of Kent.

At the time, He was 13 years old, while the then Princess Elizabeth was aged eight.

According to Elizabeth’s governess, Marion Crawford, the princess was drawn to Philip’s “viking” good looks. Crawford recalls in her memoir, The Little Princesses, that Philip caused the teenage Elizabeth to turn “pink-faced” when she saw him.

Another person close to Elizabeth who clocked her fondness of Prince Philip early on was Margaret Rhodes, her cousin, who wrote in her autobiography, The Final Curtsey: A Royal Memoir by the Queen’s Cousin, that she “was truly in love from the very beginning”.

Apparently, Elizabeth’s attraction towards Philip was noted by his uncle, Lord Louis Mountbatten, who described their first meeting as “a great success” in his diary.

After their initial meeting, Elizabeth and Philip began corresponding via letter while he served in the Mediterranean and Pacific Fleets during the Second World War.

As consort to the queen, who took the throne in 1953, Philip supported Elizabeth in her official duties as sovereign, accompanying her in ceremonies, such as the State Opening of Parliament and official tours across the world.

In 1956 he founded the prestigious Duke of Edinburgh Award, a national program aimed at self-improvement for young people. Further to his royal duties, Philip was a patron to some 800 organizations and was a keen sports enthusiast, often highlighting the importance of fitness.

Though largely popular and known nationwide for his good humor, the Duke was also notorious for making a number of politically incorrect remarks during his time as royal consort. However, these comments were perceived as being unfortunately typical of someone from his age and background.

In 2019, at age 97, he was involved in a car crash, but suffered few injuries and willingly surrendered his driver’s license as well as offered an apology, after some criticism.

Prince Philip retired from his royal duties in 2017. Starting in 1952 he completed a total of 22,219 solo engagements as part of his royal duties. During his retirement, the prince kept a low profile, attending a few family events with the queen as well as some state ceremonies.

Philip had four children with Elizabeth: Charles, Prince of Wales; Anne, Princess Royal; Prince Andrew, Duke of York; and Prince Edward, Earl of Wessex. Through a British Order in Council issued in 1960, descendants of the couple not bearing royal styles and titles can use the surname Mountbatten-Windsor, which has also been used by some members of the royal family who do hold titles, such as Anne, Andrew, and Edward.

A sports enthusiast, Prince Philip helped develop the equestrian event of carriage driving. He was a patron, president, or member of over 780 organisations, and he served as chairman of The Duke of Edinburgh’s Award, a self-improvement program for young people aged 14 to 24.

He was the longest-serving consort of a reigning British monarch and the longest-lived male member of the British royal family. He retired from his royal duties on 2 August 2017, aged 96, having completed 22,219 solo engagements since 1952. Philip died on 9 April 2021, two months before his 100th birthday.