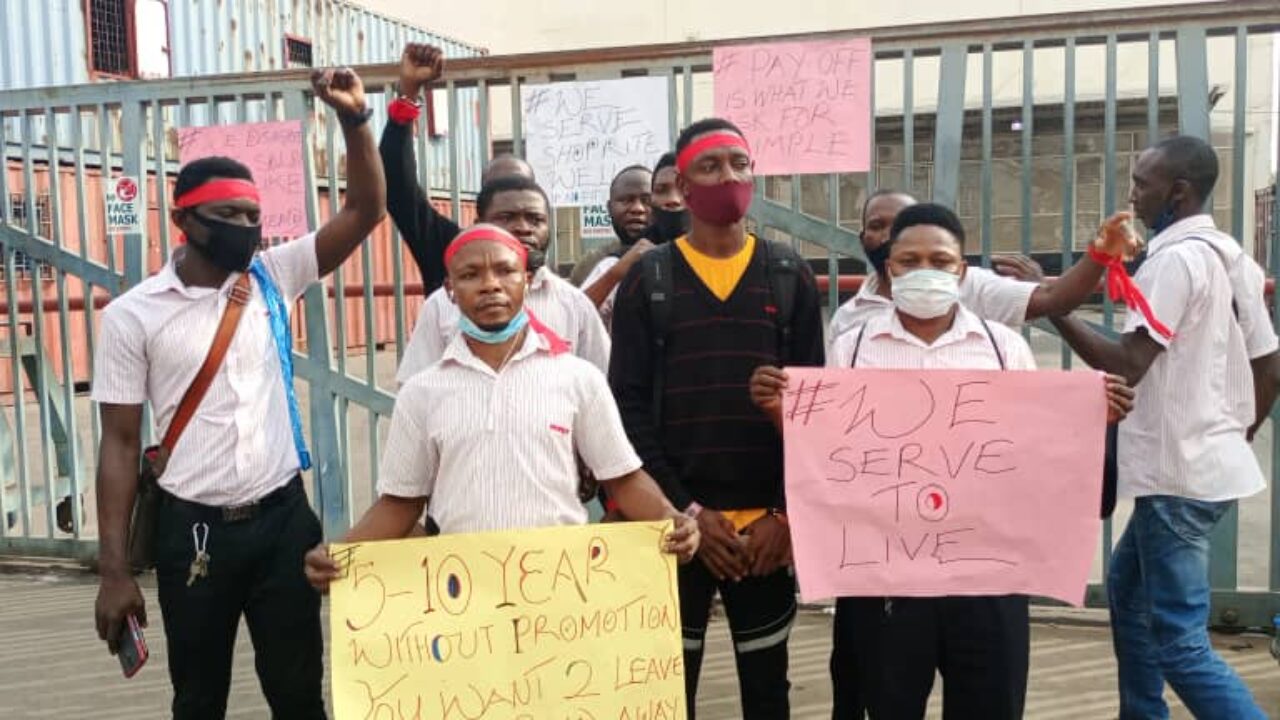 The shoprite workers, under the aegis of the National Union of Shop and Distributive Employees (NUSDE), vowed that the company would remain shut until management acceded to their demands.

The Chairman, NUSDE, Shoprite branch, Mr Williams Peter, told the News Agency of Nigeria (NAN) in Ibadan that the union was using the Easter period to press home its demands since dialogue had failed.

He said all Shoprite stores had been shut down nationwide because the negotiation between the union and the management had been deadlocked.

Peter attributed the indefinite strike to the alleged refusal of the management to meet up with the demands of the union.

He said although the planned transfer of Shoprite to a new owner had been withheld, the Easter period was the right time to get management to listen to them and accede to their demands.

“Give us what we want and we will then be ready to discuss with the new investors and have a new agreement with them,” the union leader said.

Meanwhile, the management of the company has described the industrial action embarked upon by the workers as ‘unlawful’.

The management, in a memo issued by its Divisional Human Resources Manager, Adeola Kagho, said appropriate action will be taken against the striking workers, saying that this might include their summary dismissal, should they fail to return to work.

“Please note that your conduct is in breach of your contract of employment, company rules and procedures and the applicable federal legislation.

“The company is not prepared to tolerate your participation in any unlawful industrial action.

“The company is now considering appropriate action to be taken against you and this may include your summary dismissal, should you disregard the instruction/ultimatum hereunder.

“You are accordingly instructed to return to work immediately in an orderly and diligent manner,” Kagho said.

She urged the shoprite workers to follow the ‘established company’s internal procedure, should they wish to raise any grievance, NAN reports.