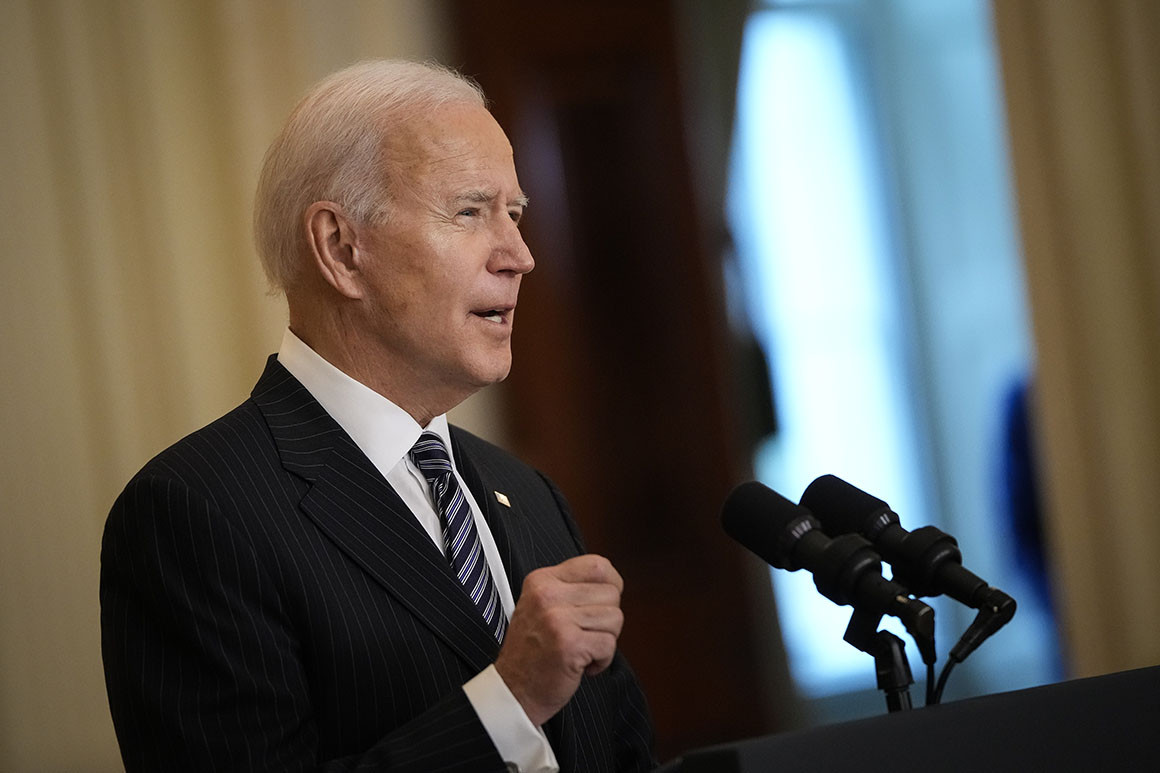 As for a potential Trump 2024 challenge, Biden said he had “no idea” what the field would look like.

“The answer is yes, my plan is to run for reelection,” he said at his first presidential news conference. “That’s my expectation.”

When asked about the potential for another Biden-Harris ticket, Biden praised Harris for the work she’s done so far.

“I would fully expect that to be the case. She’s doing a great job. She’s a great partner,” Politico quoted him to have said.

On Wednesday, Biden tapped Harris to lead the administration’s efforts on immigration issues amid a surge at the southern border. It’s one of the most politically risky situations facing the White House and a role similar to what then-President Barack Obama tasked Biden to do as vice president.

As for a potential Trump 2024 challenge, Biden said he had “no idea” what the field would look like.

“I have no idea if there will be a Republican Party,” he told a reporter. “Do you?”

Former President Donald Trump has teased a potential run in recent weeks, although he has also said his focus is on taking back control of Congress in the upcoming midterm elections.

“Who knows? I may even decide to beat them for a third time,” Trump said at last month’s Conservative Political Action Conference in Orlando, Fla., a reference to false claims that the 2020 election was stolen from him.

Questions about a potential second Biden term have swirled around the president, who conservatives have targeted over concerns about his age, stamina and mental acuity.

At 78, Biden is the oldest person to hold the country’s highest office. In 2024, he will turn 82. Early in his presidential campaign, Biden signalled to aides that he was considering serving only a single term or even making a one-term pledge.

But the president has since insisted that he would not commit to just four years in office, saying, “I don’t have any plans for one term.” In January, aides said that Biden was invigorated by his victory, having finally reached the Oval Office after first mulling a presidential run in 1980.

Biden, however, also hedged against the possibility of a 2024 run on Thursday, saying that he was “a great respecter of fate.”

“I’ve never been able to plan four and a half, three and a half years ahead for certain,” he said.