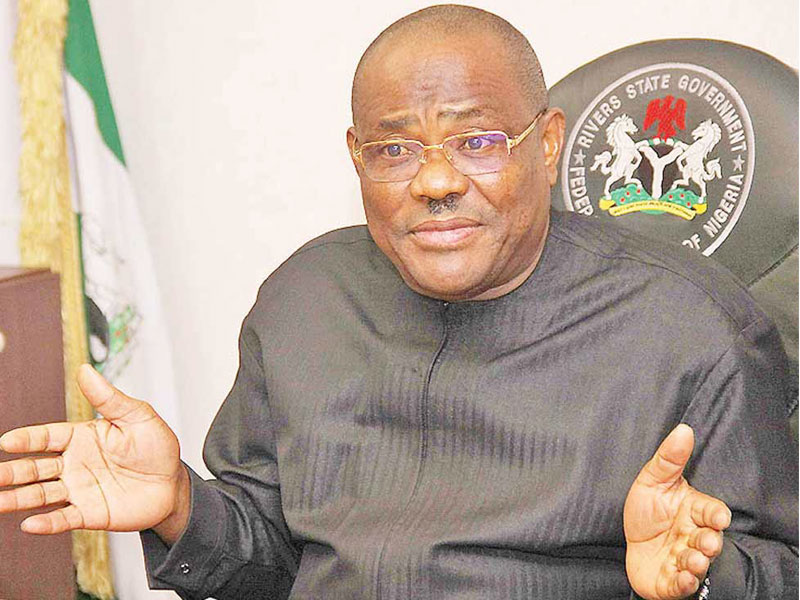 Gov Wike said that he met a state being ravaged by kidnappings and all forms of criminalities in 2016 and ran to the Federal Government for support but was turned down.

According to him, the President Muhammadu Buhari government refused to offer any help but instead accused him of killing and kidnapping members of the All Progressives Congress, APC.

Wike said for this reason, he asked the people of the State to go down on their kneels and ask that the insecurity becomes a national issue.

The Governor spoke at the commissioning of the Government House Clinic in Port Harcourt, the state capital.

“In 2016 when we came on board there was so much insecurity in the state. I was shouting. I ran to the Federal Government ‘give me special forces as I hear you give to others’. They said ‘no’.

“That I was killing APC people. So I came back home and told our people, ‘everybody kneel down and pray’ and called God that this insecurity will continue the whole of Nigeria and Nigeria will not know what to do again.

“And I told them that ‘if you don’t apologise to Rivers State, you’ll never see peace.’ And that’s what’s happening in this country today. Because they felt this state should go down.

“This is the only state where a Governor cannot choose who’ll be a Commissioner of Police. Since 2015 till now we’ve had about 15 Commissioners of Police just to make sure Rivers State does not move forward. “