“Any illegal effort to depose a democratically elected government was not only despicable but also unacceptable to democratic governments around the world,” President Buhari was quoted as saying 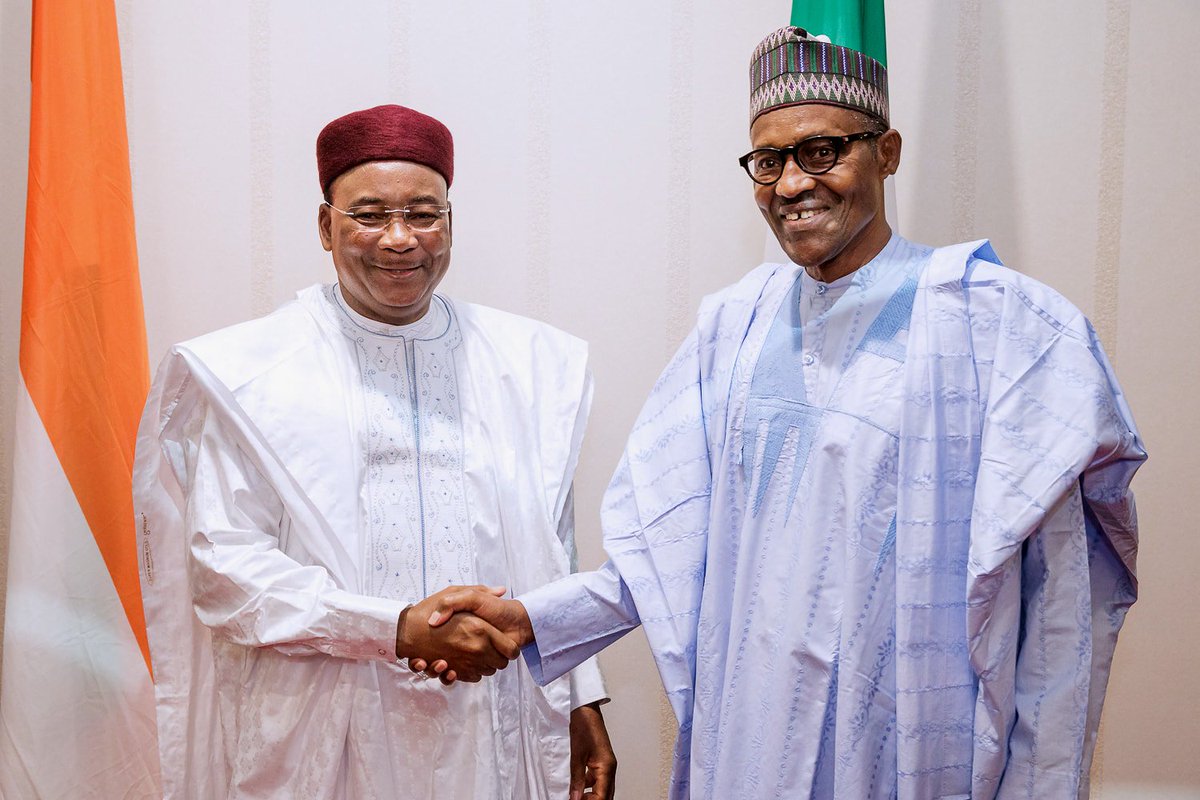 “Any illegal effort to depose a democratically elected government was not only despicable but also unacceptable to democratic governments around the world,” President Buhari was quoted as saying

A statement issued by the Senior Special Assistant to the President on Media and Publicity, Mallam Garba Shehu in Abuja said President Buhari spoke in a telephone conversation with Mahamadou Issoufou, his counterpart and outgoing president on the situation in the Niger Republic.

The statement quoted Buhari to have said, “The international community is hostile to the change of government by violent and unconstitutional means. It is utterly naive to attempt the removal of an elected government by force. I’m particularly concerned about the negative impact of coups on African stability, peace and progress.

“Nigeria cannot be indifferent to these dangers to Africa. Coups are out of fashion and the involvement of the military in violent change of government is doing more harm than good to Africa.”

The Nigerian leader urged African leaders to “remain united against coups under whatever guise or form,” warning coup plotters to learn a lesson from history on the consequences of instability caused by violent takeover of governments.

President Buhari also used the occasion to congratulate President-elect Mohamed Bazoum on his election victory and the outgoing president’s commitment to an orderly and peaceful transfer of power.

ALSO READ  Nigeria can be saved by only PDP - Olisa Metuh

Niger thwarted an “attempted coup” on Wednesday, the government said, two days before the historic inauguration of Mohamed Bazoum as president of the unstable Sahel nation.

Residents in the capital Niamey earlier reported hearing gunfire in the middle of the night in the district where the presidency is located.